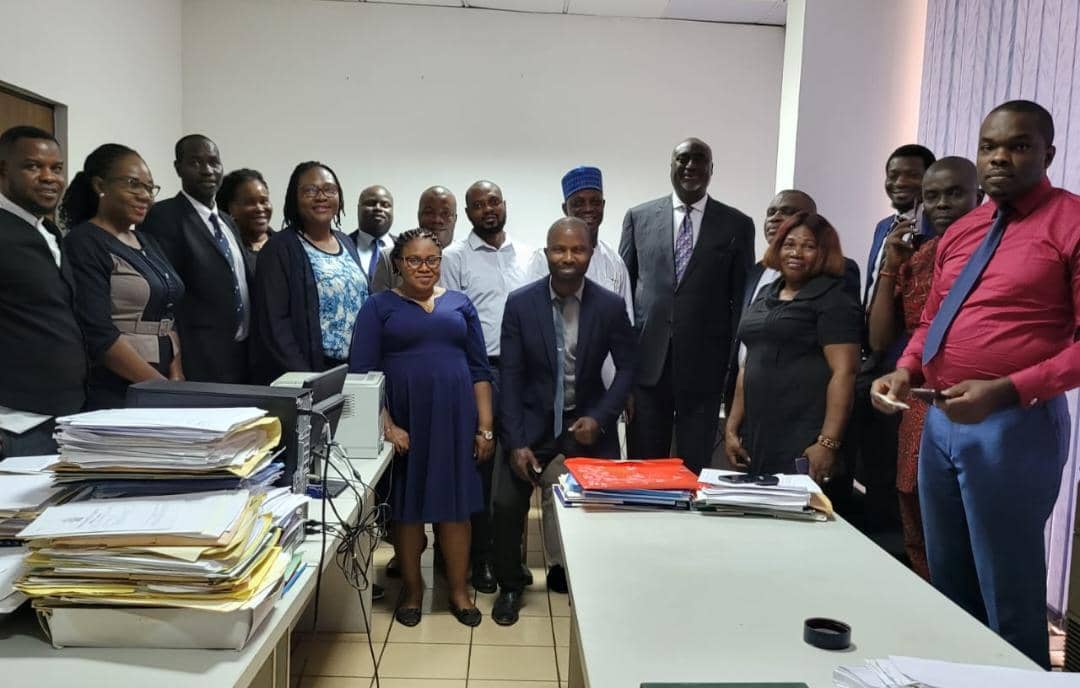 Yakubu Chonoko Maikyau SAN was at the Federal Ministry of Justice on the 6th of July, 2022 and was warmly received by Mr. Yusuf Abdulkadir, the President of Law Officers Association of Nigeria (LOAN) who also doubles as the Chairman of LOAN Abuja, the Secretary, Mr. Soji, the Chairman LOAN cooperative, Anegbe Anthony Asemokhai amongst others. The President of LOAN, Directors, and staff of the Ministry said they came out to receive and welcome Mr. Maikyau SAN, and would not fail to acknowledge receipt of some diaries in the past from Y. C Maikyau & Co.

In his welcome address, he said that the challenges in the system are enormous but they appreciate Mr. Maikyau as a person. He also noted that the NBA elections are forthcoming.

On the part of Mr. Maikyau SAN, he said that “law officers in this country play a fantastic role and it is reflected from their actions. What drives me is that as lawyers, the responsibility of leading this country is ours”.

Mr. Maikyau SAN giving his brief background said being a student of veterinary medicine, he never wanted or applied to study law but today he is a Senior Advocate of Nigeria, all by the grace of God.

He said even after graduation, he brought himself down to learn from his classmates.

He said, “lawyers must take the lead at every point in time, so our role, whether we know it or not, is not just to render services to be paid but it goes beyond that. Society looks up to us because we are lawyers because of our training”.

He said “our call as lawyers is to serve justice. There is something we carry that puts us in that position and the law officers have the asset to position the Country. When the motivations are right and we take a decision, it will impact the Nation positively. The Law officers need a stronger voice, there is no reason why LOAN should not be a trade union. I come with that understanding and I support the efforts of LOAN to achieve that status. You (Law Officers) occupy a stronger position to change the society than ourselves”

Mr. Maikyau SAN said that “the ministry of justice serves all ministries, that the prison break we hear today puts the lives of the Law Officers to risk, the public may be seeing only the fact that there was a prison break, but the effect is beyond just the break and puts the lawyers at risk. The benefits in your job are not commensurate with the dangers your work puts you into. I am only speaking with respect to the law officers for now. This is because if we handle issues relating to the law officers it will cut across other States. In my Manifesto I have proposed what our administration will do on how to create more jobs for lawyers. Nigeria must continue to exit before we can have an NBA. We have a greater role to play in bringing sanity in the Country than from the Government. In some Countries, a jail break like we hear today would not be taken as lightly as we are taking it today.”

The LOAN President in response, appreciated the Attorney General of the Federation for improving their welfare. He narrated how the body of Attorneys General passed a resolution to harmonise the salaries. He identified that their counterparts in ICPC and other parastatals are not the same with the salaries under the Ministry. He said when their lawyers go on secondment on other parastatals, they earn double or triple of what they earn working under MoJ.

The LOAN President commended the Administration of Mr. Augustine Alegeh SAN, Paul Usoro SAN and the Olumide Akpata for listening to the official Bar. He added that their relationship with Mr Maikyau SAN was beyond LOAN.

The President of LOAN called on members to make comments or ask questions (if any).

Mr. Anthony Anegbe Asemokhai, the Chairman LOAN Cooperative Society, in his comment said, “What we need now is a good leader, I have heard much about you and when you spoke now I think you are one of those good leaders”

The meeting ended with more interaction with members that also cut across FIDA representatives present at the meeting.

They committed to supporting the Presidency of Mr. Maikyau SAN and enjoined him to also stand for LOAN when the time is ripe.

Photos from the visit are captured below… 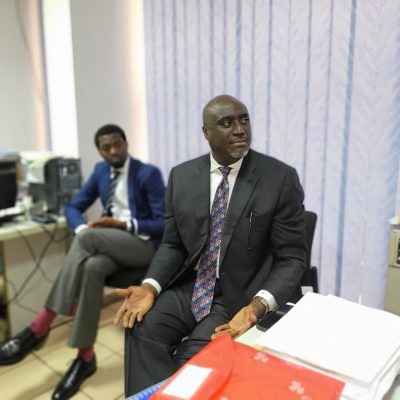 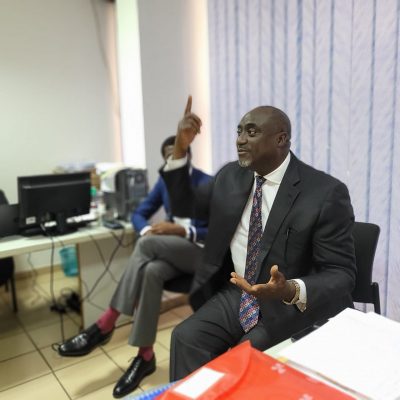 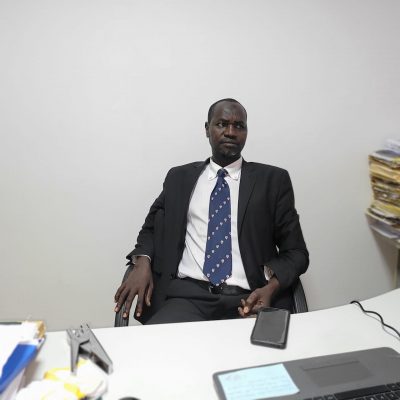 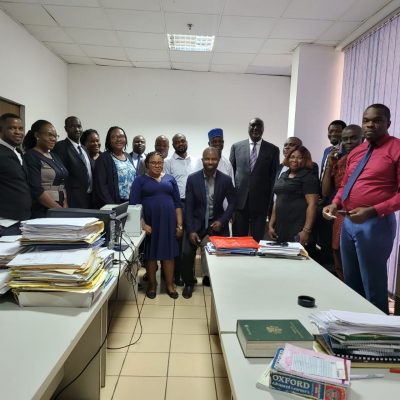 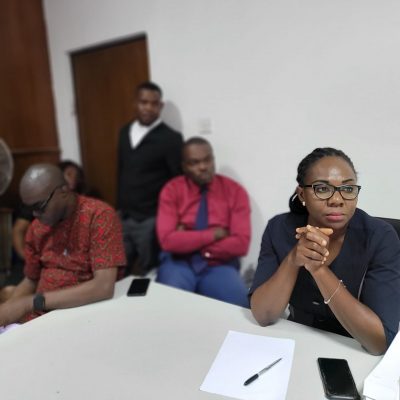 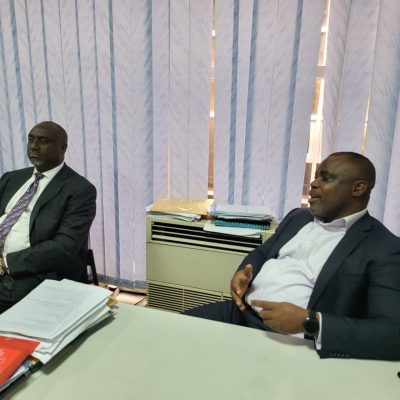 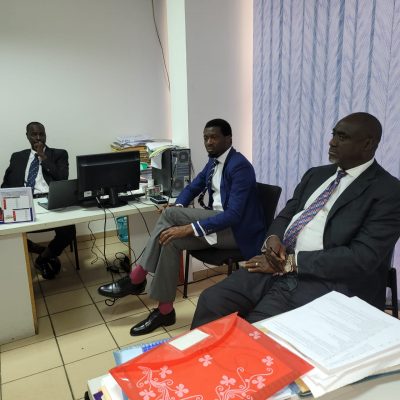 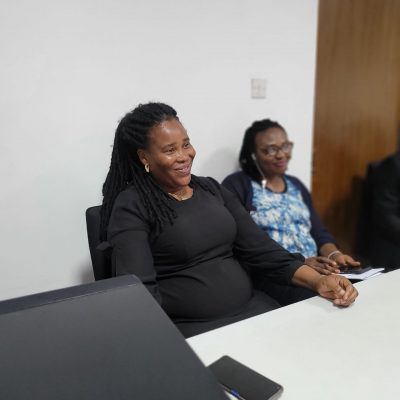 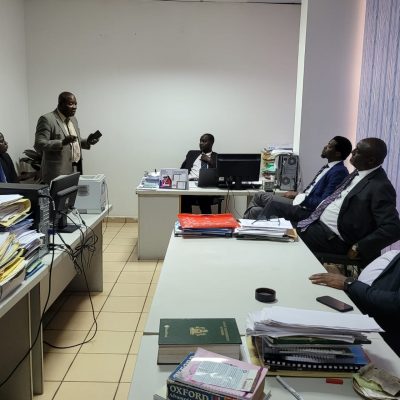 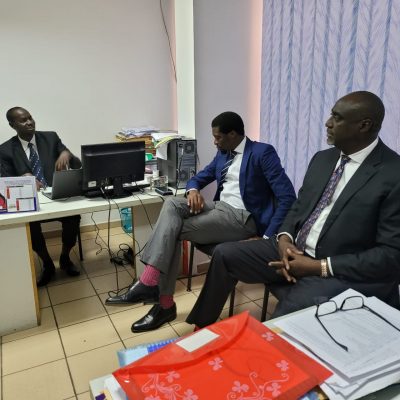 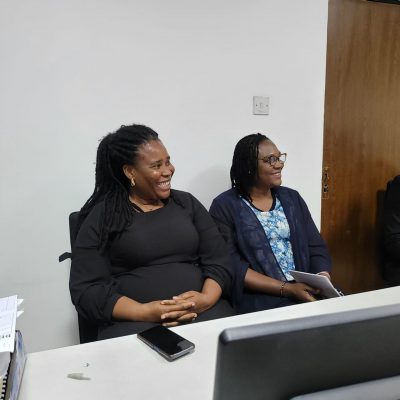 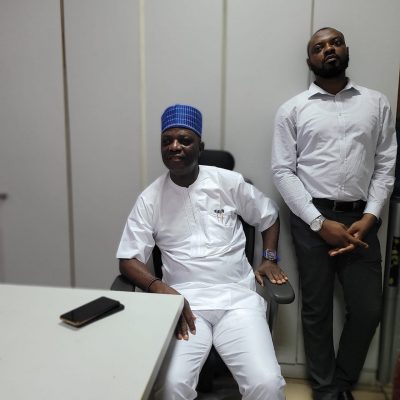 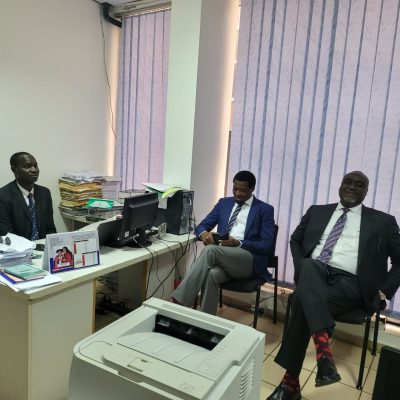 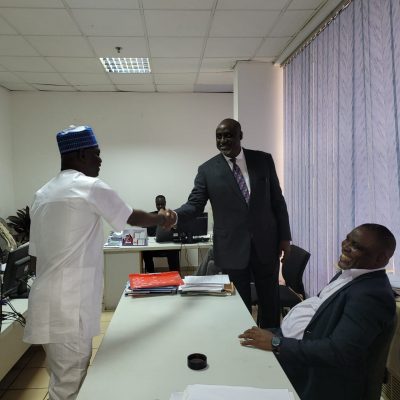 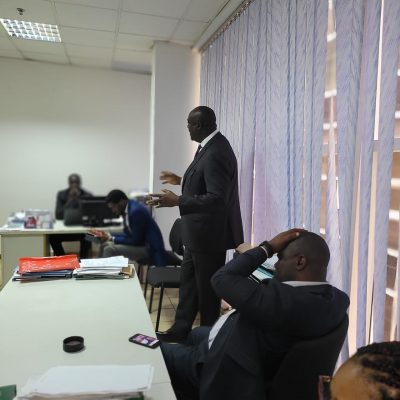 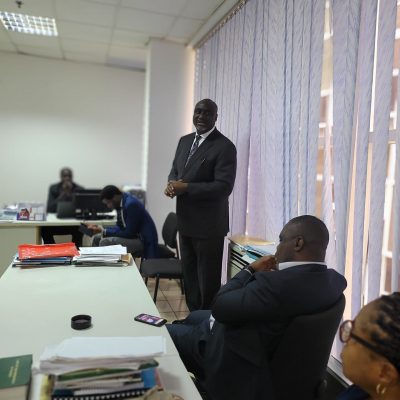