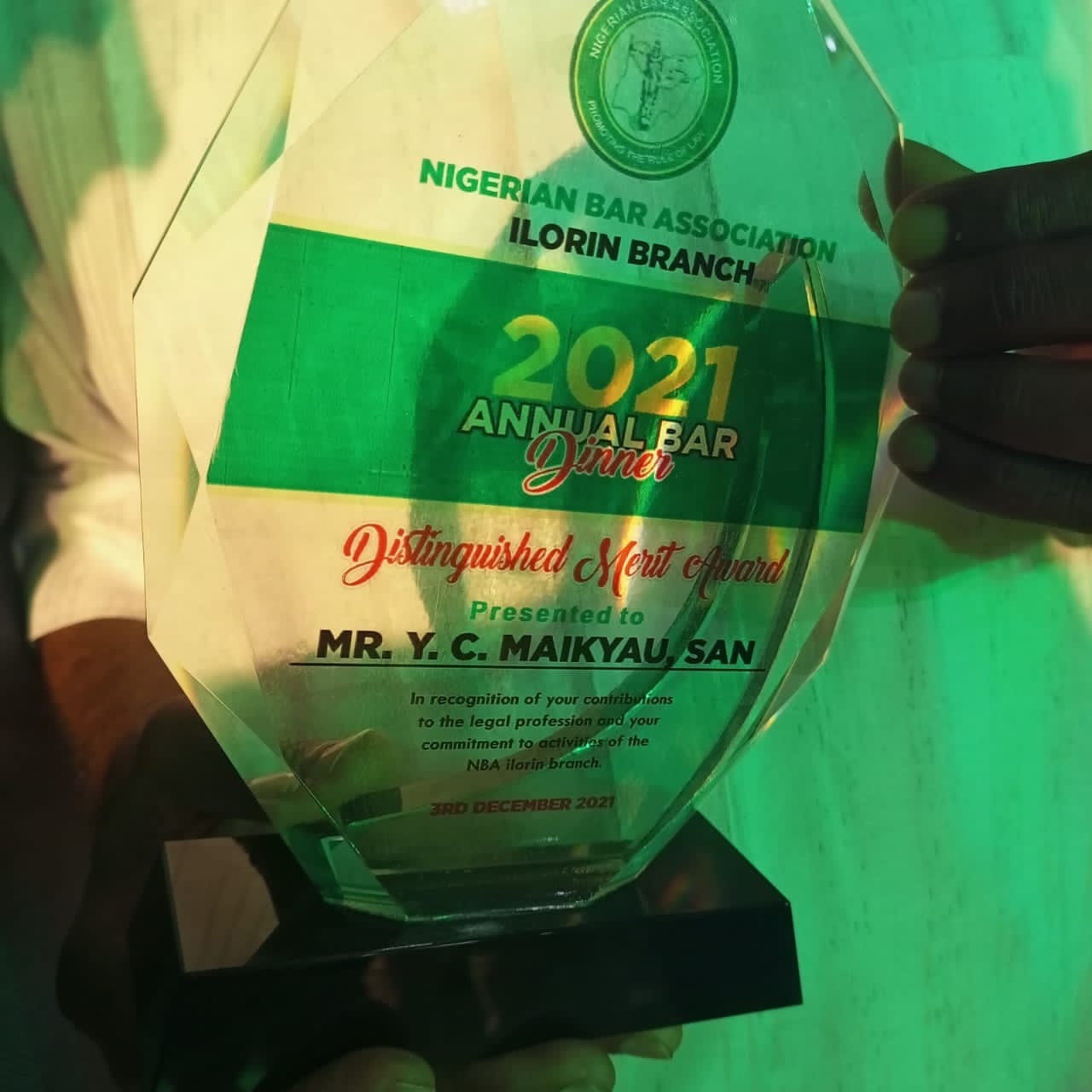 The Ilorin branch of the Nigerian Bar Association (NBA) under the Chairmanship of  AbdulGaniyu Bello, has further honored Y. C MAIKYAU, SAN with a Distinguished Merit Award, in recognition of his contributions to the Legal Profession and his commitment to the activities of the branch.

The award was presented at the annual dinner and awards night of the branch which was attended by members of the Inner and Utter Bar and dignitaries, including the Executive Governor of Kwara State.

Also presented with a Lifetime Award was a former Chairman of the Branch and former President of the NBA, Chief Wole Olanipekun, SAN, and  A. U. Mustapha SAN.

Although unavoidably absent, Maikyau was  represented by a former Chairman of the Branch K. K. Eleja, SAN, who received the award on his behalf as presented by the Commissioner for Justice and Attorney General of Kwara State, Alh. Salman Jawondo, ESQ.

Many young lawyers present at the Dinner were on hand to show solidarity to the Awardee, whom they regard as a friend of the Branch.

Recall that the branch, a few months ago honored Maikyau by including his name in its Roll of Honor, an honor exclusively reserved for acts of service and commitment to the development of the Branch.