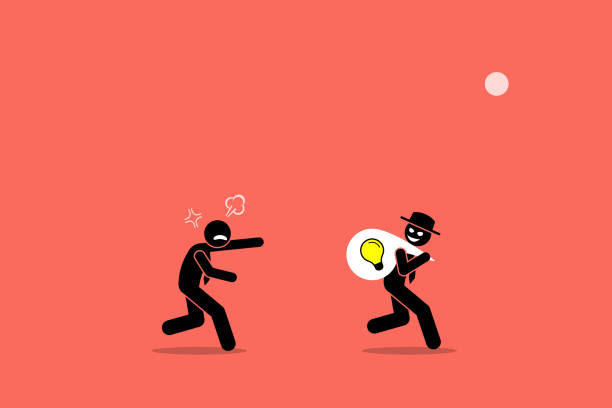 It is no longer news that Nigeria wastes entirely too much time and money policing crimes like burglary, robbery, street protest and other minor criminal acts, when it should be doing something about trademark theft.

Trademark infringement, that is stealing other peoples identity and claiming them as your own is the commonest crime in Nigeria today, and one that is threatening all the fabrics of the nation’s life.

Trademark theft can better be described as the unauthorised and illegal use of a trademark without the consent of the proprietor of the mark, whereby it is used to cause confusion between the original mark and the mark used. This, no doubt has forced businesses/ companies, the world over to guard their identities jealously.

The laws governing trademark in Nigeria are Trade Marks Act, Cap T 13, Laws of the Federation of Nigeria 2004 (“TMA”) and the Trademark Regulations 1990. The Act defines a mark as including a device, brand, heading, label, ticket, name, signature, word, letter, numeral, or any combination thereof.

Some of the trademarks that can be registered include name, slogan and shape. The trademark is usually registered through the Trademarks, Patents and Designs Registry, Commercial Law Department of the Federal Ministry of Industry, Trade and Investment in Nigeria.

As we are quite aware, many businesses today are being crushed under the merciless weight of brand identity thieves because there are no laws by the federal government to protect the trademark of its citizenry (originators of such trademarks).

While the attention of the federal government is being drawn to placing more priority around the legal aspect, regarding protection of identity, companies and individuals also need to consider the security ramifications as well.

While the toll of trademark theft from multi-national businesses rises on a daily basis in the country, start-ups just getting off the ground have continued to push the ugly trend. This is because, most of these new entrants into the already saturated production and manufacturing market feel the easiest way to break into the market is to copy or steal the trademark of already established brands in the market.

The worst is that most companies and individuals who dare to contest their identity infringement are harassed, hounded or in most cases are chased out by the officials who operate like organised crime groups.

No doubt, companies all over the world have had course to battle themselves either in court or out of courts over trademarks or copyrights infringements. In the last few years, there have been allegations and counter allegations of identity theft among manufacturers and producers.

Some of these cases have been decided while others are still pending before the courts.

One of such cases of copyrights infringement was filed by a young man, Allen Oche, who is praying the court for a declaration that he is the owner of the copyright over the intellectual literary work titled “The Amstel Factor” an Amstel Malta Guide on how to be the best you can be.

In the Writ of Summon with suit : FHC/ABJ/CS/145/2019, the plaintiff prayed the court to declare that he is the only person entitled to grant to the defendants, or any other party, the right to use the intellectual literary work contained in the book titled “The Amstel Factor” or permit the derivative adaptation of the book to be published to the public in any form.

He asked the court to award him N500million as general damages for the unlawful infringement of his intellectual literary work.

Also in addition, he prayed the court for N1billion as aggravated and exemplary damages against the defendants jointly and severally for unlawfully, capriciously, maliciously and contemptuously infringing on his copyright in the intellectual literary work. Sadly, the court turned down his prayers in its judgment and dismissed the suit.

The most recent case of trademark war in Nigeria is the case between coca-cola, a product by the Nigerian Bottling Company and Mamuda Beverages Nigeria limited, the manufacturers of pop-cola.

The coca-cola company dragged Mamuda Beverages Nigeria limited, the manufacturers of Pop-Cola, to a Federal High Court in Kano over trademark theft. Pop-Cola was launched in June 2021 amid pomp and fanfare

In the suit, coca-cola accused Mamuda Beverages Companies of using a ‘RIBBON device’ trademark that is near identical to its ‘dynamic ribbon device’ trademark, as well as depicting it’s pop cola product in a script that mimics their product, thereby, causing the mark to be confusingly similar to their trademark

According to the motion, “the defendant (Mamuda Beverages Nigeria limited) is distributing and advertising its Pop cola products in get up that consists exclusively of a combination of all of the elements that comprises the applicant’s famous Coca-cola trade dress.

“The defendant’s use of the trade marks ‘Ribbon device’ and ‘pop-cola’ in special script amounts to an infringement of applicant’s right of exclusivity of use of the marks ‘coca-cola’ script and ‘dynamic ribbon device’ and is liable to create confusion to the general public, foreign and international, as to the likelihood of an association between the applicant and the dependent.”

In the suit, coca-cola claims that it is the proprietor of trademark ‘coca-cola (script)’ and ‘dynamic ribbon device’ both in Nigeria and the world over. It added that the marks have been registered by the company in numerous countries across the world including Nigeria.

It is therefore seeking an order of interim injunction, “restraining the defendant, it’s employees or agents from using, affixing or displaying on any beverage product, vehicle, stationery, advertisement, putting to commercial use in any manner or form for the purpose of commercial benefit or otherwise, the ‘ribbon device’ and the special script in which the ‘pop-cola’ has been depicted on its advertising materials that is similar to ‘coca-cola (script),’ and ‘dynamic ribbon device’ trade mark pending the determination and hearing of motion on notice.

In a document filed on behalf of coca-cola by Oluwatomisin Oduntan, a legal practitioner in the firm of Aluko and Oyebode and Co., the company said it is ready to prove that Mamuda Beverages Nigeria Limited, stole its trademark with the following documents: Certified true copy of the Plaintiff’s Certificate of incorporation or its equivalent under the United States Law.

A small selection of registration certificates from other countries on the African continent. Extracts from the Inter-brand reports between 2010 and 2019. Images illustrating the use of the “DYNAMIC RIBBON device” and the “coca-cola (Script)” on product labels, delivery vehicles, beverage fridges and soda fountain machines, the exterior of retailers; as well as through extensive marketing and

Promotional efforts such as sponsorship of global sports and entertainment events, and materials created and published through all mediums and across all platforms including traditional print, television and radio advertisements and online advertising.

Other evidence the company intends to rely on in the case are certified true copies of the certificates of registration for its “coca-cola (Script)” and “DYNAMIC RIBBON device” in Nigeria.

Photographs of the coca-cola branded beverages on supermarket shelves in Nigeria; Photographs of signage displayed at the Lekki Toll Gate, images of vehicles distributing coca-cola beverages which have at all times visibly displayed the “coca-cola (script)” and “Dynamic ribbon device” trade; images of billboards advertising the Plaintiff’s “coca-cola (script)” and “dynamic ribbon device” trade mark in all of the major cities and towns around Nigeria

The defendant in the case, Mamuda Beverages, in their response to the suit denied the allegation of trademark theft.

According to Mrs Lydia Oluwakemi Oyewo, of O.E.B. Offiong, SAN and Co., the defendant uses a dynamic ribbon on its labelling, product packaging and promotional materials.

She said the defendant with due diligence has not been able to establish its ownership of trademark dynamic ribbon as asserted and therefore, cannot make concession of the ownership of the claimed trademark until they are able to furnish the court and parties involved with convincing evidence.

She said, ‘’Our client informed us that it is the owner of the registered design with certificate NO NG/DS/NT/2021/1638, with the name Mamuda pop cola on red, white and black background with water droplets on it. This design was duly registered after our client complied with the statutory process, including but not limited to an online publication without any opposition from the general public , not even Coca-cola. On this registered design are two white bars which are completely different from your dynamic ribbon.’’

Mr Abdul Balogun, SAN, said, trademark or identity theft is common and not a new thing among producers and manufacturers. For him, the law guarding against identity theft should be more strict in dealing with companies involved.

He said, ‘’One of the most effective way to fight trademark theft is through the courts. A producer or manufacturer can seek redress in court, if he feels his trademark was stolen by a competitor in the market.

A Kaduna based lawyer and lecturer, Fidelis Angwo, said the laws to deal with trademark theft are there in our law books but implementing it to the latter remains the major challenge the nation is faced.

‘’You cannot steal the identity or trademark of a company or an individual, yet carry on as if all is well. I mean, there should be consequences once such a person is declared guilty by a competent court of law.