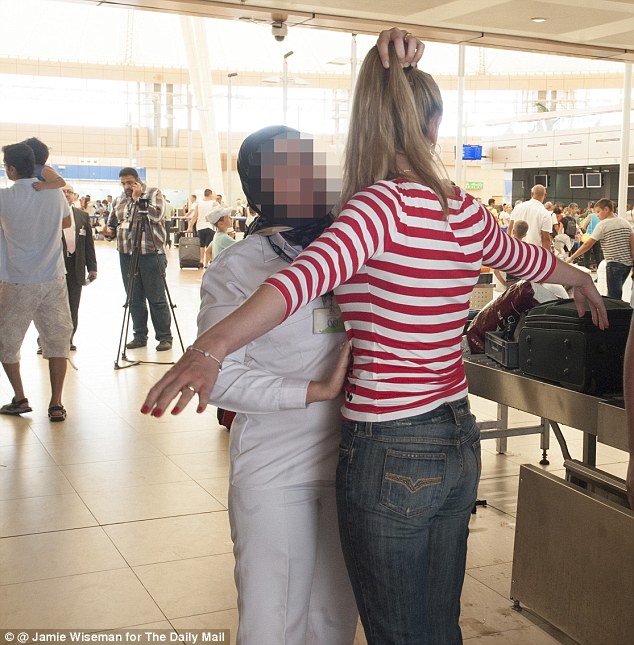 Seven women based in Australia plan to sue the Qatari government and state airline over invasive gynecological searches they were subject to before boarding a flight from Doha — an incident which Qatar apologized for but which their lawyer says highlights ongoing rights concerns ahead of the country hosting the 2022 World Cup.

The lawsuit is intended to “send a message to Qatari authorities that you can’t treat women … in this manner,” the group’s lawyer, Damian Sturzaker from a Sydney-based law firm, said Monday, according to AFP.

Travelers to Qatar “should be aware that, whilst there is a guise of a highly developed, highly modernized airport and national carrier, these events have happened, and there’s nothing preventing them from happening again,” he added.

Qatari authorities said the gynecological searches were triggered by the discovery of a newborn in a trash can in a bathroom. Women having sex and giving birth outside of marriage is illegal in Qatar.

The seven female plaintiffs were among at least 13 women on a Qatar Airlines flight to Sydney that was delayed Oct. 2, 2020, at Hamad International Airport in Doha. Ten flights were held up at the airport that same day, though no other passengers have initiated legal action.

The women taking legal action, who ranged in age from their early 30s to late 50s, said they were forcibly taken off the plane, strip-searched and invasively examined to determine whether they had recently given birth.

Qatar’s restrictions on female reproductive rights affects citizens, tourists and foreign residents, many of whom are female migrant workers from Asia. They risk both imprisonment and losing their work visa if found to be pregnant, and frequently seek to travel abroad to give birth. There have also been cases of newborns anonymously abandoned inside the country.

Human rights groups have repeatedly documented how women brought into the country to work in Qatari households through what is known as the region’s kafala, or sponsorship, system frequently fall victim to institutionalized violence, including being forbidden to leave their employer’s home and having no recourse when subject to verbal, physical and sexual abuse.

Rights groups have similarly raised alarms about working conditions for migrant male workers, also largely from Asia, building the venues and other infrastructure for Qatar to host the 2022 World Cup soccer competition.

An investigation by the Guardian published in February found that at least 6,500 migrant workers from India, Pakistan, Nepal, Bangladesh and Sri Lanka have died in Qatar since December 2010, when Qatar was chosen to host the global sports competition.

At the time, Qatar issued a statement saying that “those responsible for these violations and illegal actions” would be investigated.

Sturzaker said one airport police officer had been fined and sentenced to a six-month suspended prison sentence for overseeing the forced examinations.

Qatar will represent U.S. interests in Afghanistan as allies urge Biden to adopt strategy for engagement with Taliban

But Sturzaker said the women were seeking an unspecified financial compensation from the government, the airline and the airport for the distress and trauma they have endured.

“What they want is first of all compensation for the fact that they were effected at the time and continue to suffer,” Sturzaker said, according to the Associated Press. “They have problems dealing with what was a very traumatic episode.”

The women also want assurances that the airport had entirely banned the practice.

“What they want and have been asking for for quite a long time is that procedures are put in place so that this won’t happen again,” Sturzaker added.

The lawyer said the women are planning to initiate legal action in the New South Wales state Supreme Court within a few weeks.