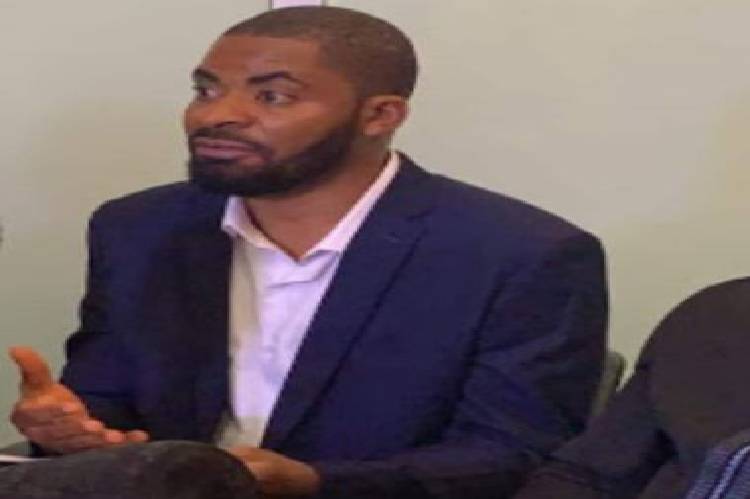 Deji Adeyanju, popular rights activist, has disclosed why Justice Binta Nyako of an Abuja Federal High Court should recuse herself from the trial of Nnamdi Kanu, pro-Biafra agitator.

Adeyanju said Justice Nyako’s husband hails from the Fulani tribe; hence the judge should step down from Kanu’s trial.

The human rights activist, pointed out that the judge’s husband had represented and hosted several meetings and conferences within and outside Nigeria.

This, he explained, makes it difficult to believe that the leader of the Indigenous People of Biafra, IPOB, may get justice in her court.

Adeyanju made the remark while decrying the ruling of Justice Nyako, which rejected Kanu’s application to transfer him from the custody of the Department of State Services, DSS, to the Correctional Centre in Kuje.

Justice Nyako had cited security reasons for rejection of the application.

However, the convener of Concerned Nigerian, said: “As I said earlier, Kanu may not get justice from Justice Binta Nyako because her husband is a prominent Fulani in this country. He has severally hosted several Fulani meetings both in Nigeria and the subregion in his home in Adamawa.

“So there is bound to be that fiat because we all know that Kanu is against the Fulanis in this country; If I were to be Nyako, I would recuse myself from the trial, knowing fully that people may misconstrue that she may not be just, just like I am now of the opinion that she may not be fair and just in the trial.

“Denying him access to Kuje, knowing fully that they kidnapped him in Kenya in such a manner, points to one fact that he may not actually get justice in her court. Look at what the Supreme Court said in the trial of MKO Abiola vs the Federal Republic of Nigeria, that ‘once the average citizen goes home thinking that the judge is unfair, at that point, the judge recuse him/herself from the trial.’ This is totally how I feel on Justice Nyako’s ruling.

“Naturally, that application should have been granted. If somebody says ‘I don’t feel safe in DSS custody,’ why would you still keep him there? ”

Adeyanju suggested that the Nigerian Government was trying to delay Kanu’s trial, thereby, keeping him in custody perpetually.

He noted that the ruling seems to prove that those alleging that the Nigerian government is colliding with the court against Kanu are right.

“So, if he is not mentally stable in DSS custody, how then can he defend himself. It’s not as if he would escape justice, so if you remand him in Kuje; he would have the time and facility to prepare for trial, and that is the essence of trial.

“This must go beyond the fact that they want to prosecute Nnamdi Kanu, because it’s now looking as if they are doing everything possible to keep him.

“Remember the last adjourned date, they refused to produce him in court. Knowing them by their modus operandi, they just want to delay the trial and keep him in custody perpetually. If they take him to a Correctional facility, they would always present him for trial.

“Those suspecting a collusion between the court, DSS, and the government may be right because there is no locus whatsoever to have denied this application.”