Who Really Owns The “Machala” Song?- An Analysis Of The Law Of Copyright Ownership 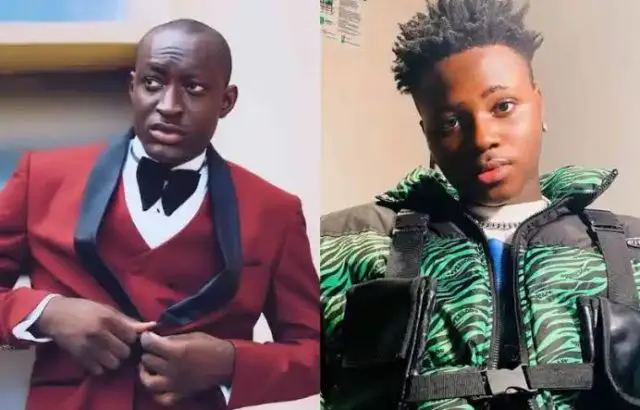 The song ”Machala”, performed by Oderhowo Joseph Efe; popularly known as Carter Efe, was released on 30th July 2022 in honour of the popular afro music star; ”Wizkid”. A short while later, news broke that the trending song had been removed from the Spotify and Apple Music streaming platforms. The music streaming giants temporarily took down the song due to the disagreement between Berri Tiga and Carter Efe as to the song’s ownership.

The Nigerian entertainment industry has lately been beset by numerous intellectual property battles, impugning its investment appeal and economic viability. In 2016, there was a copyright infringement dispute between Blackface and Tuface over ownership of the songs ”African Queen and Let Somebody Love You”. The singers ended up settling out of Court with the latter agreeing to pay royalties to the former. Similarly, in 2018, the Danfo Drivers; a music duo comprising Mountain Black and Mad Melon (now late) accused Tekno of sampling their song ”Kpolongo” without their consent. The Tekno song referred to was his 2018 single ‘Jogodo.’ Several media sources however later confirmed that Danfo Drivers were accordingly compensated. The Machala case is however peculiar in the sense that it bothers on the ownership of the song and the attendant rights to perform the song and receive benefits, as against the unauthorized use of the song or failure to obtain consent as alleged by the Danfo Drivers musicians and late Sir Victor Uwaifo.

This article examines the legal framework for musical and artistic ownership rights, against the backdrop of Nigeria’s vibrant entertainment industry – that has birthed hit songs like Machala.

What does the Law say?

Music recordings like Machala are eligible for copyright protection when fixed in a definite medium of expression with sufficient effort expended on it to make it of original character.1 It is also important to reiterate that copyright law does not protect ideas. The mere fact that it was your idea to write a song, without more, does not confer any copyright on you. Copyright law is the lifeblood of the creative industry because it is the conduit for realizing the economic interests in any artistic work. Copyright confers exclusive ownership of the work on an ‘author’ or creator, regarding the reproduction, publication, and performance of the work in any public space. Furthermore, the author has the right to distribute, broadcast the work and make any adaptation of the work.2 Notably, the author can also authorise a third party to exercise one or all these rights.

Carter Efe claims that he granted privileges to Berri to feature in the song Machala but Berri reneged on the agreement by claiming ownership of the song. Berri countered by stating that Carter Efe earlier agreed to a 70-30 ownership structure in favour of Carter Efe who performed the song. In addition, Berri claims that he refused to sign a contract excluding him from performing the song. While Berri regarded himself a co-owner of the song, Carter Efe asserted a claim to absolute ownership. The legal question therefore is: ‘In the absence of a written agreement, would the law regard Berri as a co-owner of the song?

The law stipulates that for a work to enjoy joint authorship, such work must have been produced by the collaboration of two or more authors thereby making the contribution of each author inseparable from the contribution of the author or authors4. This will grant both authors the perpetual and inalienable right to claim authorship of the song and this authorship has to be indicated in the use of the work. Applying this to the facts of the case, where it can be proved that both artists worked on the song from initial production until its release or a verse of the song was composed by Berri, the law regards both as co-owners of the song, both parties are by law enabled to exercise these rights.

The commercial interests in the contract can be determined by recourse to the Nigerian Copyright Act or contractual arrangements between both parties. The instant dispute would have been prevented if Carter Efe and Beri Tiga executed a Split sheet or Collaboration agreement. A Split sheet is an agreement that determines the contributions by artistes to a song, specifying the level of individual contribution and ownership of a song. It also sets out the percentage of royalties to be paid and accrued benefits from the exploitation of the song is largely determined by the contributions of each artiste. It serves as an evidence of copyright ownership in the event of a dispute. A Collaboration agreement on the other hand tends to be wider in scope as it delineates the rights and obligations of the parties, prescribes the terms as to copyright ownership licenses, duration and the exploitation of rights relating to the song, payment of royalties among others.

Notably, the agreement sets the structure for remuneration where a co-owner licenses the work or the conditions to license the work. Wizkid after releasing his original track in his album ”Ayo” in 2014, featured Drake and British-Nigerian rapper Skepta for the remix of his song ”Ojuelegba”. King Sunny Ade featured Steve Wonder on Ase a track off his album, ”Aura.” Stevie Wonder’s part was recorded at the Wonderland Studios in California. While Sunny often played Ase during his world tour in Europe, North America, Japan and Australia. This collaboration happens to be the biggest by a Nigerian featuring a foreign artist. These are collaborations of Nigerian artists featuring foreign artists without fuse or disagreement, this is because there was clear agreement on the nature of the collaboration with regards to the use and the commercial rights of the song.

Lessons For the Entertainment Industry

Ownership of the copyright in works of joint authorship is not essentially determined by the quantity of contributions made by the individual contributors to a piece of art. Rather, what is primarily considered is the quality and nature of each contribution. If each contribution made towards the artistic works is such that in the final production of the works, the contribution of each of the artistes cannot be separated from each other, then, it can be said that the artistes have joint authorship of the work. Hence, joint proprietorship is determined by the test of inseparability.

Section 51 of the Copyright Act provides that a work is said to be jointly authored the work is produced by the collaboration of two or more authors in which the contribution of each author is inseparable from the contribution of the other author or authors. This statutory test was upheld and recognized by the English Court of Appeal in Kogan v. Martin [2019] EWCA Civ 1645. In this case, it was disputed between the claimant, Nicholas Martin, and defendant, Julia Kogan, whether the screenplay was written by Mr Martin as sole author, or whether it was in fact a collaboration between the two, as joint authors.

In arriving at its decision, the Court considered the nature of Ms Kogan’s contributions. Ms Kogan was an accomplished musician and had writing experience and a lifelong interest in the life and music of Florence Foster Jenkins. It was clear from her evidence that, with this, she not only provided some of the key ideas and background information, but also that the two worked together in creating certain parts of the work. Her appeal was largely successful and the English Court of appeal ordered a retrial.