What Sharia Law For Afghan Women Under The Taliban Might Mean

A number of verses in the Koran say that men and women “were created from the same essence.” Some also state that men are “qawwamun” in relation to women. The meaning of this term is hotly debated. It has been interpreted to mean “protectors and maintainers” but also understood by some to connote the superiority of men over women. The verse goes on to say that devout women are “obedient” and that if they persistently disobey, their male protectors, as a last resort, should “strike” or “beat” them. 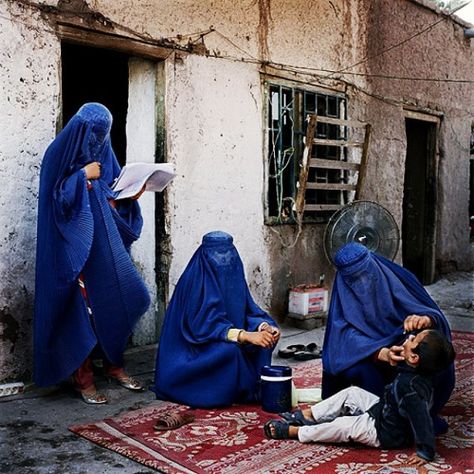 One of the most urgent questions raised by the return of the Taliban to power in Afghanistan is whether the radical Islamist group will again impose draconian restrictions on women and girls. Great attention was paid to the statement by a spokesman Aug. 16 that the Taliban would respect women’s rights within the framework of sharia, or Islamic law. What would that mean?

It’s a set of precepts rather than a code of law available for application. It’s composed of the principles of Islam, laid out mainly in the Koran and in the record of the Prophet Muhammad’s life. Sharia is subject to the interpretation of jurists, clerics and politicians. The body of jurisprudence produced by Muslim scholars since Muhammad’s time is known as fiqh, meaning understanding, and is often spoken of interchangeably with sharia.

2. What does sharia establish about women’s rights?

The religion established in Arabia by Muhammad, who died in the year 632, in some ways advanced protections for girls and women, who had previously been treated like property. The Koran and Muhammad’s teachings set out, for instance, that a woman has the right to choose a husband and to work. Muhammad’s first wife, Khadijah, was an accomplished businesswoman. At the same time, Muhammad’s life serves as a model for practices such as polygamy still common in many Islamic societies.

A number of verses in the Koran say that men and women “were created from the same essence.” Some also state that men are “qawwamun” in relation to women. The meaning of this term is hotly debated. It has been interpreted to mean “protectors and maintainers” but also understood by some to connote the superiority of men over women. The verse goes on to say that devout women are “obedient” and that if they persistently disobey, their male protectors, as a last resort, should “strike” or “beat” them.

Sharia established that women have legal and financial rights, as well as the right to inherit. However, the Koran specifies that a sister inherits half of her brother’s amount. Some scholars have argued that the difference in inheritance is balanced by the fact that men have the responsibility for financially supporting the women, elderly and young in the family.

It’s often said that under sharia, a woman’s testimony is worth half that of a man’s. This is based on a Koranic verse that says: “And if there are not two men [available], then [bring] a man and two women from those whom you accept as witnesses.” The passage is about the necessity of having witnesses to a business contract where one of the parties is “of limited understanding.” Some scholars argue that at the time the verse was written, it was rare for women to have business experience and that its purpose was not to impugn women’s credibility generally.

The Koran states that a woman should not reveal her beauty to men beyond her family. Many Islamic jurists have ruled that this requires women to cover their hair and others their face.

3. How does sharia get reflected in national laws?

Sharia is cited as either “a source” or “the source” of legislation in many constitutions across the Muslim world. Women are most affected by the provisions concerning family or personal status. That means they often don’t have the same rights as men when it comes to matters such as marriage, divorce and inheritance. The disparity between women’s rights in relatively liberal Iraq versus conservative Iran reflects the latitude that political leaders take in interpreting what it means to base law on sharia. Iraq’s 2005 constitution is among those that guarantee equality between the sexes. Meanwhile, in Iran, women have limited freedom of movement and face edicts on what they can wear, as they did in Afghanistan when the Taliban were previously in power from 1996 to 2001. In Saudi Arabia, where the Muslim holy city of Mecca is, sharia was interpreted until recently to limit women’s travel and employment and their right to drive a vehicle.

4. What can be expected from the Taliban now?

As they consolidate power in Afghanistan, the Taliban appear to be projecting a softer image as they court legitimacy from outside powers. Many doubt that the group has changed its views on women’s rights in any fundamental way. It justified its previous positions as based on Islamic law. And in the areas it controlled before it emerged victorious over the U.S.-backed government, it dispensed violent reprisals against women for violations of its interpretations.