Nigeria needs to address the root cause of piracy on its waters in order to have the war risk insurance placed on Nigeria-bound ships lifted, a maritime lawyer has said. 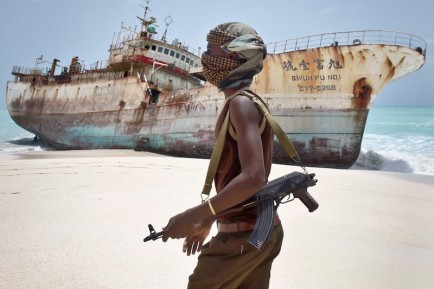 Nigeria needs to address the root cause of piracy on its waters in order to have the war risk insurance placed on Nigeria-bound ships lifted, a maritime lawyer has said.

After the launch of the Deep Blue Project, the Director-General of the Nigerian Maritime Administration and Safety Agency, Bashar Jamoh, had requested that the war risk insurance be lifted.

An international maritime lawyer and Partner at Bloomfield LP, Mr Adedoyin Afun, in a telephone interview, highlighted why it might take some time before the war risk insurance would be lifted.

He said, “Since these countries know that this is a war-risk territory, why do they keep coming? Because we are a consuming nation and that means more profit to them.

“There is nothing new under the sun, everything happening now has happened somewhere before. We need to research these people that determine this war-risk insurance.

“They are called the Joint War Committee; it comprises underwriting representatives from both the Lloyd’s and IUA company markets, representing the interests of those who write marine hull war business in the London market. They looked at areas in the world where there is unrest. They analysed these things and judge if a place is war-risk or not.”

According to him, there are two major categories of shipping personalities: ship-owners and cargo interests.

“Nigeria is more of a cargo nation; we do not own ships that carry cargo internationally,” he said.

Afun explained that the groups that formed conventions such as war-risk insurance policy were the powerful ship-owning nations.

He, however, said that there were some reliefs with the Rotterdam Rules, which allows cargo-interest nations to have some say in the dynamics and politics of shipping and how it affects them.

“NIMASA has to study how previous nations that have survived this sort of challenge,” Afun said.

According to him, the country has to lobby and tidy up some national issues.

“The Deep Blue Project is only a piece of the iceberg; we need more coordination among the regions to ensure more compliance; Nigeria has to go down to the root cause of piracy: address lack of jobs, the sense of generational entitlements among these oil states, and prosecute and integrate these people back to society. All these will take time and more efforts,” he said.

NEWER POSTKey Things You Should Know If You Are A Landlord Or Tenant In Lagos
OLDER POST#BuhariMustGo: Activists Protest At Dunamis Church Over Members’ Arrest