A Senior Advocate of Nigeria, Mr. Layi Babatunde, has bemoaned the way some Federal Government agencies visit Chief Judges to solicit for assistance on the disposal of their cases pending before the courts, saying it smacks of corruption. 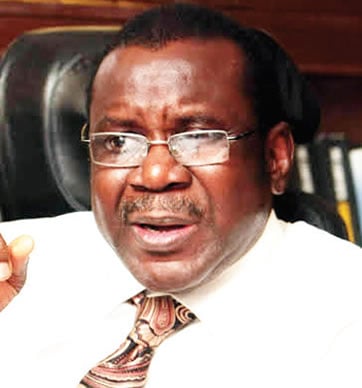 A Senior Advocate of Nigeria, Mr. Layi Babatunde, has bemoaned the way some Federal Government agencies visit Chief Judges to solicit for assistance on the disposal of their cases pending before the courts, saying it smacks of corruption.

He said such visits could be compared to a situation where bank debtors form an association, and pay similar visits to heads of courts to seek assistance on disposal of their cases.

Babatunde, who is also the Publisher of Supreme Court Reports, made these remarks in a paper he delivered at the just concluded Law Week of the Nigerian Bar Association (NBA) Ikeja Branch, titled “Our Role in the Effective Implementation of Nigeria’s Anti-Corruption Laws”.

“One major area of concern concerning the activities of some Federal Government Agencies is their penchant to visit heads of Federal Courts, soliciting for assistance on the disposal of their cases pending before the courts or to be filed”.

“With all due respect, this is a prototype of systemic corruption which should not be encouraged, no matter the level of self-righteousness of the cause of the practitioners of such a despicable model of road to seeking justice”, he said.

Adding that the practice eats at the root of Justice Administration in Nigeria, having regard to Section 36 (1) of 1999 Constitution, Mr Babatunde particularly mentioned the Assets Management Company of Nigeria (AMCON) who he claimed has severally visited heads of courts. “I therefore ask the Independent Corrupt Practices Commission (ICPC) to invoke its powers under Section 6(c) of its establishment Act; to redirect the efforts of such agencies, particularly AMCON, who has on several occasions flaunted in national dailies the pictures of its Chief Executive visiting Heads of Courts soliciting such assistance, capable of compromising and polluting the streams of Justice.

Chairman of NBA Ikeja Branch, Mr. Barth Aguegbodo on his part said: “The fight against corruption, is a two-way thing. The anticorruption agencies, the one who offers and the one who accepts. There have been trials in this country by anticorruption agencies which didn’t end well, as the Defendants seemed to have walked away easily, only to be convicted in other jurisdictions”.

“Our moral codes have been debased to such a level, that people don’t see anything wrong with ostentatious lifestyle of their children or wards. Wealth has been elevated to such a level, that the society doesn’t really care how such wealth is got. Well, the Lawyers who defend such persons charged for corrupt practices can only bend the law, but not break it.”We should also examine the mode of appointment of judicial officers. “A politician who appoints a Judge while in office, will definitely have a soft landing if brought before the Judge on corruption charges after office”, Aguegbodo said.