[VIDEO] ‘My Dad Is Such A Hero,’ Falz Reveals His Favourite Thing About His Famous Dad, Femi Falana, SAN 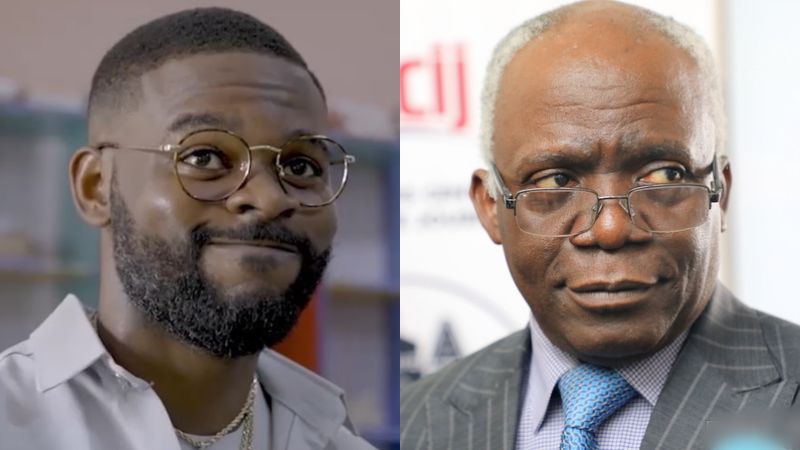 Witty rapper Falz has shared what he finds desirable about his father, Femi Falana, who is a SAN and human rights activist.

Speaking to actress Nse Ikpe-Etim in a Netflix documentary titled ‘Made In Lagos: Africa,’ Falz lauded his father for standing up for the masses. Falz described his father as a hero. He stressed that the only word that captures who his father really is, is ‘hero.’

Falz disclosed that his mother, Funmi Falana, a legal practitioner and women’s rights activist, is a disciplinarian. He noted that because of what his parents do, it used to mount pressure on him to be as reputable and respected as his parents.

The ‘This Is Nigeria’ crooner, however, bragged that he has carved a niche for himself in the entertainment industry and is doing very well at what he does in the industry.

Falz dropped a bombshell when he opened up that he used to attend a church in Lagos for women. He narrated a friend informed him about the fine ladies in the church, so he worshipped there to have beautiful ladies to mingle with.

Talking about Fela Anikulapo Kuti, Falz affirmed that the Afrobeat icon was a huge part of his childhood. Watch the video below.