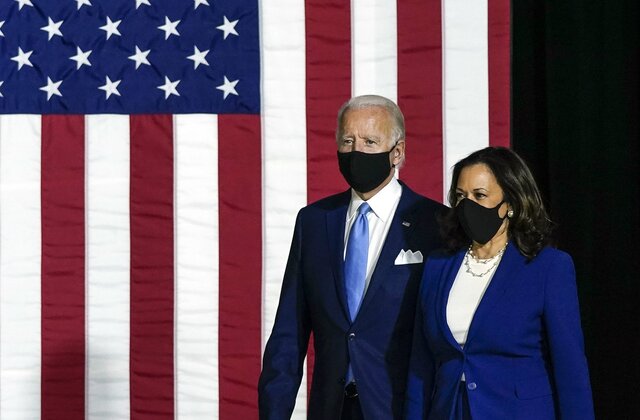 President Joe Biden of the United States has written to the Congress, informing them of his medical leave and seeking permission for his routine treatment.

He said, “Dear Senator Leahy; today I will undergo a routine medical procedure requiring sedation. In view of present circumstances, I have determined to transfer temporarily the powers and duties of the office of President of the United States to the Vice President during the brief period of the procedure and recovery. 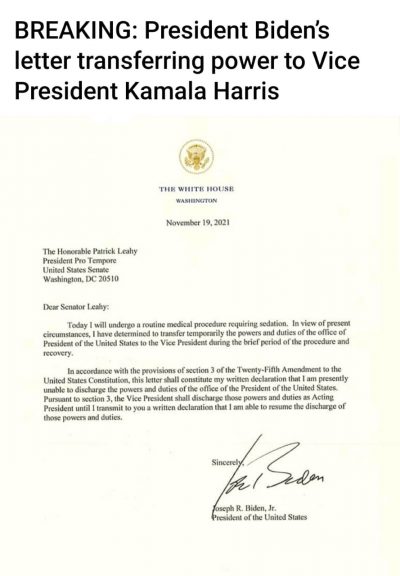 Meanwhile, Kamala Harris became the first woman in the history of the United States to wield presidential power as Biden undergoes medical treatment.

In a statement on Friday, White House press secretary, Jen Psaki, said Biden is under anaesthesia for a routine colonoscopy.

The president had arrived at the Walter Reed Medical Center in the early hours of the day to undergo his first routine annual physical since taking office.

By law, it is routine for a vice president to assume presidential powers while the president undergoes a medical procedure that requires anaesthesia.

According to section 3 of the 25th Amendment to the US Constitution, the President can send a letter to the speaker of the House of Representatives and the president of the Senate to notify the two chambers of inability to discharge his statutory obligations for a given period of time.

The constitution states that the president must declare that he’s “unable to discharge the powers and duties of his office, and until he transmits to them a written declaration to the contrary, such powers and duties shall be discharged by the Vice President as Acting President.”

The development further stretches the impressive records of Harris since she came to power.

She is currently the female vice-president in US history and the first black to hold office.

Harris is also the first South Asian to become US vice-president.

In the statement, Psaki said Harris will work from her office in the West Wing while Biden, who turns 79 on Saturday, is under anaesthesia.

Biden is currently the oldest first-term president in US history.