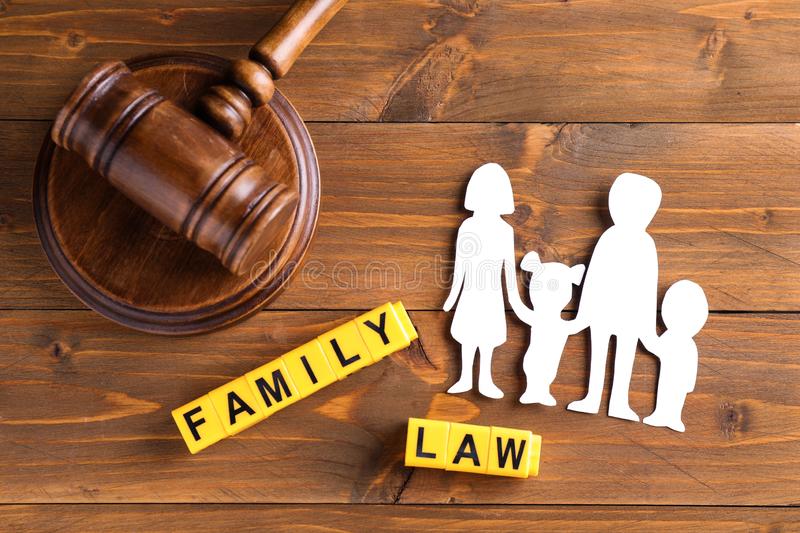 It is often said that “marriage is not always a bed of roses. Sometimes the rose comes with thorns.”

But despite the challenges associated with marriage, it remains the bedrock of society. In fact, it is the foundation of strong families. And families make up a society or country.

Of course, the law remains contentious, generating strong emotions as regards the structure of the family, gender bias and morality. However, the  book, ‘Modern Nigeria Family Law’, tends to bridge the gap in terms of knowledge of family law or lack of it.

According to the authors, Prof. Agu Gab Agu and Prof. (Assoc) Adakole Odike, “what inspired us to write the book of this nature is our desire to broaden knowledge in this area of law.  Happily, our considerable  number of years experience, as law teachers of family law in Nigeria universities put us in a good stead.”

Divided into 18 chapters, it is a scholarly study and exhaustively researched book touching virtually all components of Nigeria family law. In the words of the authors, “the book invigorates knowledge of the core principles of our family law jurisprudence; while juxtaposing the same with the current family laws of other common law countries such as United Kingdom, Australia and New Zealand etc.

“The simple, flowing words, phrases and sentences the book employs to deliver its contents makes it exciting to read: easy to digest and educate others. Its appeal also lies on its carefully choreographed chapters a readable whole.”

The family and its components such as meaning and types are discussed in chapter one. With that as a peg, the book shifts to

While chapter five dwells on statutory marriage or marriage under the Marriage Act and its incidents, chapter six examines consortium and its attributes, incidents.

Chapter seven discusses nullity of marriage i.e void and voidable marriage. Voidable marriage talks about incapability to consummate, unsound mind / mental defect or recurrent attacks of insanity or epilepsy, venereal disease and pregnant by another man. The chapter also talked about couples of same sex, marriage age and consent of parties to the marriage etc.

In chapter eight, dissolution of statutory or marriage under the marriage act takes centre stage. Here, it talks about grounds of dissolution of marriage, including willful and persistent refusal, adultery, unreasonable behaviour, desertion, separation and respondent consent for desertion, the three years separation rule, restitution of conjugal rights and presumption of death etc.

Chapters 11, 12, 13, 14, 15 and 16 focus on adoption, wardship, fostering, guardianship, custody and child minding respectively. Each of the chapters dwell on the incidents thereto and the courts that have jurisdiction to entertain matters bearing on each of them.

Chapter 17 focuses on family law court and the two divisions of the court while chapter 18 discusses Wills.

The book discusses Wills extensively: meaning of a Will, nature of Will, devolution of property under customary law, types of Will, requirements for a valid Will, presumption of due execution, testamentary capacity, presumption of sound disposing mind, fiduciary relationship, executor, trustee, revocation of a Will and safety of Will, among others.

So many things often taken for granted were exposed by the book. Take this: “The relative ease with which marriage under customary law can be dissolved often creates the wrong impression that a mere separation of spouses or abandonment of a matrimonial home by a spouse without the consent of the deserted spouse amount to dissolution of customary law marriage. Of course that is not so.”

Many do not know that it is an offence to make payment for adoption. On conviction, you could be fined N30,000 or imprisonment for a term not exceeding three years imprisonment or both. Perhaps, if they knew, baby factories will not be booming.

The book also disclosed that “squeezing of a Will and throwing away the same by the testator is not tantamount to destroying the Will; neither is a symbolic destruction of a Will enough to revoke the Will.”

Retired Justice Mary Peter – Odili, who wrote the foreword, described the work as trail- blazing and a masterpiece. She said: “It is a great masterpiece which will enrich even the already intellectual while being an academic teaching project for students. The language is simple and easily understood by even those not connected with law and therefore an added advantage since it would enable all persons know their left to their right as far as family law is concerned.”

The retired justice of the Supreme Court further said the icing on it is “judicial pronouncements which showcased what is on ground and possible areas of improvement in the framework of our jurisprudence in relation to family law and its attendant connections or connectivity with other legal angles, including the constitution of the Federal Republic of Nigeria.”