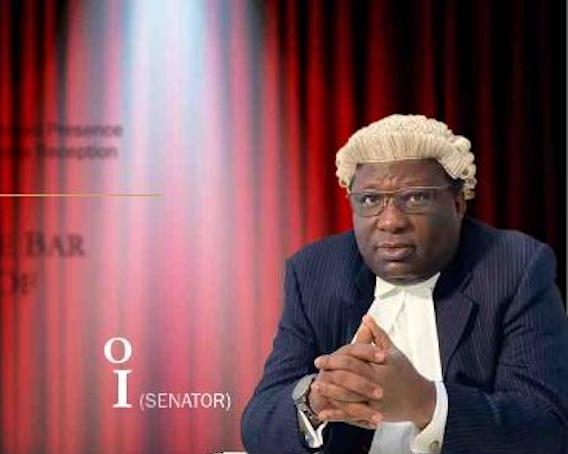 Senator Tokunbo Afikuyomi will be among the second set of 2021 law graduates to be called to the Nigerian Bar on Wednesday.

The ceremony will hold at Eagle Square in Abuja.

Guests are barred from attending.

Afikuyomi, who will be 60 in December has finally realised his dream to be among Nigeria’s learned men.

He will now be able to call his wife, Modupe, nee Ajibola, a professional colleague, as well as his brother-in-law Segun Ajibola, a SAN.

The University of Lagos sociology graduate, student activist and political activist, represented Lagos in the House of Representatives in the short lived Third Republic.

After years in exile during the Abacha years, in the aftermath of the June 12 election annulment, Afikuyomi returned to represent Lagos twice in the Senate.

He first represented Lagos Central between 1999 and 2003.

He has the distinction of representing the largest constituency in Nigeria, the Lagos East in his second tenure, 2003-2007.

It was the first time a senator will represent two disparate constituencies.

After an unsuccessful bid to become the candidate of the Action Congress of Nigeria in the 2007 election, Afikuyomi became the commissioner for tourism in Lagos.

He had since devoted his energy to private business and party assignments.

An elated Afikuyomi is planning a small reception at 5pm after the Eagle Square induction into the Bar.

He plans to appear formally dressed as Nigeria’s latest pupil lawyer, but one that P.M.News bets will blossom quickly to become a learned silk in the nearest future.

Only the invited are expected at the event.