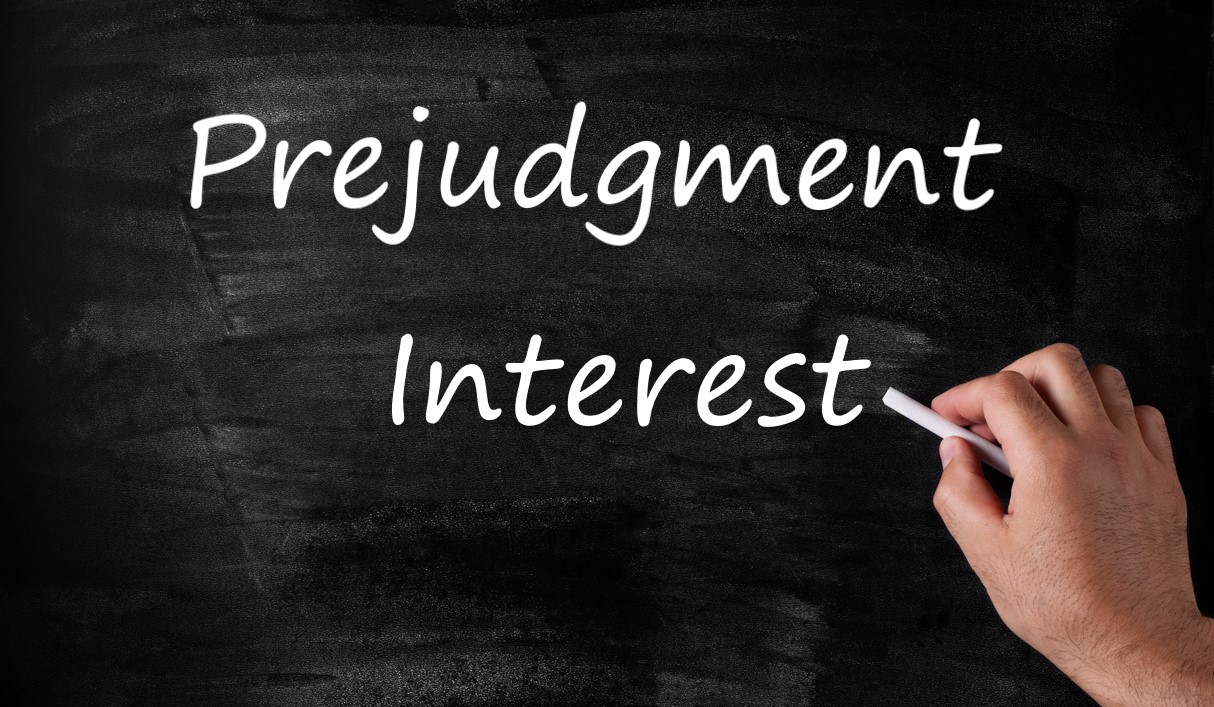 Introduction
The essence of agreements generally and commercial relations specifically is the faith, trust and understanding that the parties will carry out their agreed obligations. The principle is ‘agreements have to be respected’ and it is encapsulated in the latin maxim: ‘pacta sunt servanda’. When a party delays or fails to make any payments that are due under a contract, the essence of that business dealing is negatively affected. Quite apart from putting to test or question the integrity of the party that is in default, a critical consequence of delay in payment of sums due to a party under a contract is that it could create cash flow problems for the party entitled to be paid. Also, due to the increasing rate of inflation in Nigeria, the value of the outstanding monetary sum may have significantly reduced by the time payment is received. This is because one of the effects of inflation is that it causes the value of a currency to decline over time. In addition, a delay in payment and passage of time could increase the risk of the debtor party becoming insolvent and therefore being unable to pay either in full or at all the amounts being owed. It is to compensate for losses arising from the consequences outlined above that litigants in claims for recovery of outstanding payments usually ask for pre-judgment and post-judgment interest on the principal sums being owed. The purpose of this article is to discuss the legal basis for pre-judgment interests under Nigerian law.

The interest that is awarded as compensation for loss of the use of money from the time judgment is obtained to the time the principal sum is received by the successful party is known as post-judgment interest. The power of the court to award post-judgment interest is derived from either a statute or the Civil Procedure Rules that regulate the practice and procedure of the relevant court. For instance, the Civil Procedure Rules of the various High Courts in Nigeria, including the Federal High Court (Civil Procedure) Rules provide for the courts’ power to award post -judgment interest at a rate to be determined by the court, but generally not less than ten percent.2

Applicability of pre-judgment interest under Nigerian Law
It is a general principle under Nigerian law that interest is not ordinarily payable on debts in the absence of a term to that effect expressly or impliedly in the agreement or mercantile usage or custom of the parties or as may be contained in a statute.3 In other words, interest is not payable on a debt or loan in the absence of an express agreement or some course of dealing or custom to that effect.4

In the case of African International Bank Ltd. vs. Integrated Dimensional System Ltd & Ors,5 the African International Bank Ltd (“AIB”) and Integrated Dimensional System Ltd (“IDS” or the “1st respondent”) had a banker-customer relationship. AIB’s claim arose from the banking facilities granted to IDS between 1984 and 1987. Upon failure of IDS to liquidate the banking facilities granted to it by AIB, AIB commenced an action at the High Court claiming, amongst other reliefs, pre-judgment interest at the rate of 39% per annum. AIB pleaded and provided evidence to show that the applicable interest on the facilities had varied from time to time according to the Central Bank of Nigeria (CBN) Monetary Policy Guidelines, which the bank was obliged to apply.

Notwithstanding, the general rule, there are cases where Nigerian courts, including the Supreme Court, have held that a court can award pre-judgment interest to a successful party even where such a party did not plead or adduce evidence to prove his/her entitlement to pre-judgment interest. The reasoning in those line of cases is that interest on the outstanding sum naturally accrues from the failure to pay the sum over a period of time, thereby depriving the aggrieved party of the use and enjoyment of the sum involved.7

In NPA vs. Aminu Ibrahim & Co.,8 the Nigerian Ports Authority (NPA), as the appellant, employed Aminu Ibrahim & Co. and Oboye Ayode & Co. (together, the “respondents”) to provide consultancy services. The respondents satisfactorily rendered the services, but the appellant failed to pay them the agreed fees despite repeated demands. As a result, the respondents commenced an action in the Federal High Court (“FHC”) against the appellant under the undefended list procedure, and claimed the sums of US€7538340.43 and N144,303,981 respectively, being the agreed fees for the consultancy services that they rendered to the appellant. The respondents also claimed pre-judgment interest on the sums of US€7538340.43 and N144,303,981 respectively at the rate of 10% per annum from 27th April 2004 (the date that payment of the sums claimed fell due) until final liquidation of the debt.

On appeal, the two issues formulated and argued by the appellant were (1) whether the lower court was justified in awarding interest to the respondent when same was not proved and (2) whether having regard to the pleadings and evidence before the trial court, the lower court was justified in awarding the respondent 10% per annum pre-judgment interest from 6th November 1997 to 30th October 2002 and thereafter at the rate of 7.5% per annum until judgment was fully liquidated. The appellant relied on the general principles of Nigerian law to the effect that interest was not payable or recoverable at common law on ordinary debt in the absence of some contract, express or implied, mercantile usage, or by statute. The respondent argued in response that where a party holds on to the funds of another for so long without justification, he/she ought to pay the owed party compensation for doing so and that the learned trial Judge was right in awarding the respondent pre-judgment interest on the sum that ought to have been paid by the appellant in September/October 1997 but was paid in November 2001.

Although the Court of Appeal acknowledged the general principle of Nigerian law regarding the award of pre- judgment interest, it held that the law also recognizes the right of a party to be paid pre-judgment interest where the party who is entitled to payment has been denied the use of his/her money for a long time. As a result, the Court of Appeal agreed with the submissions of the respondent and the decision of the trial Judge awarding interest on the outstanding sum to the respondent.

The decision of the Court of Appeal in Stabilini Visioni Ltd. v. Metalum Ltd. (Supra) aligns with the decision of the Supreme Court in NPA v. Aminu Ibrahim & Co. (Supra), as well as some earlier decisions of the Court of Appeal. One of such earlier cases is N.G.S.C. Ltd. v. N.P.A.10 where the Court of Appeal rejected the respondent’s submission that in every case evidence must be adduced to prove or establish a claim for pre-judgment interest before interest can be awarded. The Court of Appeal held that indeed, in certain cases, even failure to expressly claim pre-judgment interest on the writ of summons or statement of claim would not preclude a successful plaintiff from asking for and being awarded pre-judgment interest after judgment has been entered in his/her favour. The Court of Appeal in this case, cited with approval the English case of A.B. Kemp Limited and Ors. v. Tolland (1956) 2 Lloyd’s List Law Report 681. In that case after judgment had been pronounced in favour of the plaintiff, the counsel for the plaintiff asked for 5% interest on the basis that “it is three years since these events occurred” and “bearing in mind the high rates of interest which had been prevailing for some little time now.” The opposing counsel objected saying that “there is no claim for this in the writ. It is certainly not my clients’ fault that the action has taken so long to come on.” In awarding interest Delvin, J. had this to say at page 691:

“I think that where the case has been brought on commercial matters and where in ordinary commercial practice money would, if the facts which I have now adjudged to exist had been established, have been paid some time ago, it ought to carry interest. I suppose in the ordinary way that the account would have been paid taking a rough date, probably before the end of 1953. I shall award interest from January 1, 1954, but I think 5 percent is rather high in the circumstances. I should say 4 per cent.”

What we distill from our review of the cases is that although the general rule is that Nigerian courts would not award late payment or pre-judgment interest unless it was contractually agreed or otherwise payable under some mercantile usage or custom of the trade involved, the courts may, however, award late payment interest where the debtor has unjustifiably refused and/or failed to pay the outstanding sum over a long period of time thereby depriving the creditor the use and enjoyment of his/her money. While a party cannot, therefore, charge pre-judgment interest which is not contractually agreed or provided for in a statute or recoverable on the basis of a trade custom or mercantile usage, if the outstanding sum is recovered through a legal action, the creditor may be able to recover pre-judgment interest where the debt has been outstanding for a long time. Also, it is clear from the case authorities that the court’s discretion to award pre-judgment interest in circumstances where the creditor has been kept out of pocket for a long time is not fettered by the rule of pleading to the effect that a court cannot award a relief that has not been expressly pleaded and proved. As the authorities show, Nigerian courts have on the ground of equity, by-passed this rule and awarded pre-judgment interest even where the creditor did not plead and prove his/her entitlement to same.

Based on all the cases reviewed, Nigerian courts will award pre-judgment interest where:

the parties have provided for payment of late payment or pre-judgment interest in their contract;
it is provided for in a statute;
it is recoverable on the basis of mercantile usage or custom of trade; and
the debtor has kept the creditor out of pocket without justification for a long time.

Conclusion:
Although Nigerian courts will award pre-judgment interest even where the creditor did not plead and prove his/her entitlement to same, we recommend that in order to ensure that claims for late payment or pre-judgment interest are less controversial, parties should provide for same in their contracts. Another advantage of providing for late payment interest in a contract is that the parties would be able to fix the rate of interest rather than leave it to the court’s discretion.