The Kanu And Igboho Saga: International Law And Extradition To Nigeria 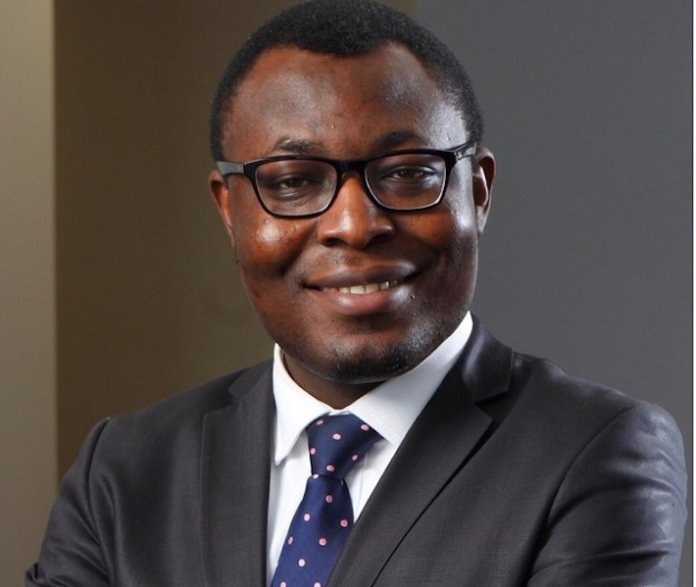 On June 27, 2021, news emerged that Nnamdi Kanu the separatist leader of Indigenous People of Biafra (IPOB) had been arrested by the Kenyan Government, while in Kenya, at the behest of the Nigerian Government and repatriated to Nigeria to face his outstanding criminal charges of terrorism, treasonable felony, unlawful possession of firearms, and management of an unlawful society, among others. This generated quite an inferno in the Nigerian public space cutting across ethnic lines, and most commentators condemned the Nigerian Government for engaging in illegal acts to get Nnamdi Kalu back to the country. However, the Kenyan Government has denied being involved in the abduction of Nnamdi Kanu.

While the inferno was still raging and IPOB members largely located in the Eastern part of Nigeria are blowing hot and spitting fire for the release of Nnamdi Kanu, news emerged again that Sunday Adeyemo, popularly known as Sunday Igboho, who has been vigorously agitating for the breakaway of the Yoruba ethnic group from Nigeria, was arrested by the Government of the Republic of Benin, while hiding in Cotonou, based on an extradition request from the Nigerian Government. This recent development further inflamed the already heated polity, with a cross-section of the Nigerian populace accusing the Nigerian Government of not respecting international law principles and employing illegal tactics to quell the agitation for separation from Nigeria by the Igbos and the Yorubas, by illegally arresting and detaining the two arrowheads for the separatist movements. While the facts in the case of Nnamdi Kanu and Sunday Igboho are not completely similar and analogous, however, certain salient issues in extradition laws are engaged in both cases, I will be analysing those salient issues and make linkages in both cases.

Extradition is the process where a country such as Nigeria can request another country such as Kenya or the Republic of Benin, to have an “extradited person” returned to the requesting country, in this case Nigeria, to face prosecution for a crime punishable by Nigerian laws. For Nigeria to make this request to the Governments of Kenya and the Republic of Benin, certain legal criteria must be fulfilled.

Applying the general legal principle above to the case of Nnamdi Kanu and Sunday Igboho, in the case of Nnamdi Kanu, there is an outstanding criminal case in Nigeria against him dating back to October 2015 when he was arrested and charged to court on an 11 count charge relating to terrorism, treasonable felony, managing an unlawful society, publication of defamatory matter, illegal possession of firearms and improper importation of goods among others. Some of the charges against him, were struck out by the court. He was released on bail in April 2017, after spending 18 months in detention. After his release, he jumped bail and fled Nigeria, and a warrant of arrest was issued against him.

On the face of it, Nnamdi Kanu can be tagged an “extradited person”.

It must also be pointed out that any request from the Nigerian Government to the Government of the Republic of Benin for the extradition of Sunday Igboho, must comply with Article 18 of the Economic Community of West African States Convention on Extradition of 1994, which lists all the compulsory information and supporting documentation that must accompany an extradition request. This includes “(a) the original or an authenticated copy of the conviction and sentence immediately enforceable or the warrant of arrest or other order having the same effect and issued in accordance with the procedure laid down in the law of the requesting State; (b) a statement of the offences for which extradition is requested. The time and place of their commission; their legal descriptions; and a reference to the relevant legal provision shall be set out as accurately as possible; and (c) an authenticated copy of the relevant law indicating the sentence which may be or has been imposed for the offence and as accurate a description as possible of the person claimed together with any other information which will help to establish his identity, nationality and whereabouts”.

Sunday Igboho also enjoys the protection of Article 12(4) of the African Charter on Human and Peoples Rights which provides that “A non-national legally admitted in a territory of a State Party to the present Charter, may only be expelled from it by virtue of a decision taken in accordance with the law.” Also, the Nigerian Government must demonstrate based on Article 4 of the Economic Community of West African States Convention on Extradition of 1994 that the offence which Sunday Igboho is wanted in Nigeria, is not a political offence or an offence connected with a political offence, and that the request for his extradition is not a proxy for prosecuting or punishing him on account of his race, tribe, political opinion, sex, or status, religion and national. This could be a tough hurdle for the Nigerian Government to cross, as the targeting of Sunday Igboho by the Department of State Service is based largely on his political opinion – agitating for the creation of the Yoruba Nation and his race – being a Yoruba man.

Second, even if Nnamdi Kanu is an “extradited person”, the Kenyan Government can only extradite him to Nigeria, if both Nigeria and Kenya have entered into a bilateral extradition treaty governing the process and procedures for extraditing citizens of both countries. The Court of Appeal in George Udeozor v Federal Republic of Nigeria (CA/L/376/05) stated that “the right of one State to request of another the extradition of a fugitive accused of a crime, and the duty of the country in which the fugitive finds asylum to surrender the said fugitive, exist only when created by a treaty.” It appears that there is no existing bilateral extradition treaty between Nigeria and Kenya, and therefore, the procedural safeguards usually embedded in extradition treaties were not engaged and not available to Nnamdi Kanu. Importantly, Nnamdi Kanu was deprived of the protections embedded in Kenya’s 1968 Extradition Act, which include the requirements to issue an arrest warrant and bring Nnamdi Kanu to a court of law before extraditing him to Nigeria based on Kenya’s Extradition (Commonwealth Countries) Act of 1968, which applies to both countries.

Having established that the Nigerian Government did not have the legal standing to extradite Nnamdi Kanu to Nigeria, it appears that the Nigerian Government resorted to extraordinary rendition which is a government-sponsored arrest, kidnap and abduction, and it is a violation of international law as it completely denied Nnamdi Kanu the right to challenge his removal to Nigeria and put him in a position where he can be tortured.

Extraordinary renditions typically involve several human rights violations, including abduction, arbitrary arrest and detention and unlawful transfer without due process of law. It also violates several other human rights safeguards, for instance, the victims of extraordinary rendition have no possibility of challenging their detention, or the arbitrary decision to transfer them to another country. The United States of America is notorious for having used extraordinary rendition acts to transfer “war on terror” detainees into the custody of other States, assuming custody of individuals from foreign governments and abducting suspects on foreign soil.

Nigeria has also been involved in extraordinary renditions, in the past. The “Dikko Affair” of 1984 easily comes to mind, when after the 1983 coup d’état the Federal Military Government of Nigeria led by Major-General Muhammadu Buhari requested the British Government to surrender Umaru Dikko, who was a former influential Federal Minister of Transportation and was living in the United Kingdom, and became a vocal critic of the military Government. Umaru Dikko was accused of embezzling several billion US dollars in oil profits, from the national treasury. Nigerian intelligence officers in collaboration with some Israeli nationals, attempted to kidnap Umaru Dikko and cargo him to Nigeria in a crate. However, the kidnap attempt was thwarted by the British security outfits, leading to a strained relationship between Nigeria and Britain. The British Government arrested seventeen individuals involved with the abduction attempts, and four were convicted and sentenced to prison terms of 10 to 14 years.

Nnamdi Kanu’s Lawyer, Mr. Ejiofor, has alleged, during a television interview, that after Nnamdi Kanu was abducted by security forces from Kenya’s airport, he was tortured for eight days in a private residence, before being repatriated to Nigeria. If that allegation is true and if the security agents who tortured him were Nigerians or were acting on behalf of the Nigerian Government or were agents of Kenya, then Nigeria and Kenya would have breached international law.

It further appears that the abduction of Nnamdi Kanu meant, if Kenya is involved in the abduction, breached her treaty obligations including those under the Convention against Torture and Other Cruel, Inhuman or Degrading Treatment or Punishment (UNCAT). Also, under international law, it is illegal for Nnamdi Kanu to be involuntarily removed from Kenya to Nigeria, without any kind of judicial or administrative process. Furthermore, it is not known if Nnamdi Kanu was afforded access to Lawyers, his relatives, or doctors while in detention at a private residence in Kenya for the eight-day duration. International human rights bodies have held that secret detention and enforced disappearances, constitute ill-treatment or torture.

Existing international law principles, do not sanction the use of extraordinary rendition to have brought Nnamdi Kanu to Nigeria to face his outstanding criminal charges. Indeed, Nnamdi Kanu was a fugitive from justice in Nigeria who breached his bail conditions, fled from Nigeria, and holed himself between the United Kingdom and Kenya.

However, there are robust international law frameworks, including extradition processes, that could have been used to bring him back to Nigeria. It is illegal for Nigeria to resort to extraordinary rendition, and this tinted an otherwise legal requirement with illegality. It also has the potential of causing a diplomatic row between Nigeria and Britain, since Nnamdi Kanu is equally a British citizen. The UNCAT has a robust extradition framework that Nigeria could have utilised to enlist the support and cooperation of Kenya and the United Kingdom, to secure the lawful surrender and transfer of Nnamdi Kanu. Indeed, this was a missed opportunity, for Nigeria to demonstrate her deep commitment to international law principles on extradition. For instance, Articles 9.1 and 15 of UNCAT mandates that States parties such as Nigeria, United Kingdom and Kenya shall afford one another the greatest measure of assistance in connection with criminal proceedings, including the supply of all relevant evidence at their disposal necessary for such proceedings, and they are to respect any treaties on mutual judicial assistance existing between them.

In the case of Sunday Igboho: it is imperative for Nigeria to respect international law principles, including the Economic Community of West African States Convention on Extradition of 1994, in her attempts to extradite him to Nigeria. If Sunday Igboho is not charged to court for a crime known to the law and a warrant of arrest issued against him, it will be difficult for Nigeria to successfully make an extradition case against him, before the courts in the Republic of Benin. Caution must be exercised to ensure that Nigeria does not miss another opportunity to repair her badly dented image – due to the abduction of Nnamdi Kanu – and recommit herself to international law principles particularly on extradition, and work genuinely with the Government of the Republic of Benin to lawfully have Sunday Igboho transferred into Nigerian’s custody, the emphasis being on “lawfully”.