With regard to the Crime Victims Compensation Program under the VAPP Act, the lawyer notes that the purpose of the compensation program is to aid in the recovery of the victim’s physical and mental health, and not necessarily to erase the trauma of the crime. However, the compensation system has its challenges especially where it concerns funding of the program. 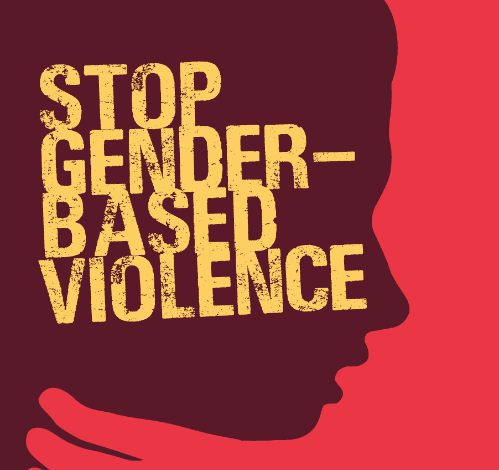 We know the battle to curb violence and abuses committed against women and girls can be fought from different angles. I pointed out a few of them on this page in recent past. So, it caught my attention when another angle – the legal – was taken up not long ago at The Centre for Social Justice in Nigeria. It was in the course of the Centre’s capacity building workshop for rule of law institutions from states across the country, and one of the key presenters was Dr Chike Okosa, an Abuja-based legal practitioner. The lawyer’s view should be of interest to everyone, including advocacy groups for women as well as girls’ rights. This is more so as he made his submission from the perspective of a defence lawyer, stating how the mind of a lawyer who defends women abusers works. Okosa also expresses his views regarding where the law currently stands as it concerns victims of abuse of women in a paper titled, “Prosecution of Sex-based Offences under the VAPP Act: A Defence Lawyer’s Response.”

In the paper, he gave insight into how a defence lawyer could make mincemeat of prosecutors’ efforts to put abusers of women and girls behind bars. He also did an analysis of the provisions of the Violence Against Persons (Prohibition) Act, citing some of the aspects of the provisions that might potentially be turned on their head and used against victims of women and girls’ abuses even though those provisions are meant to protect the same victims. It’s an interesting endeavour. For these are aspects that a smart defence lawyer would more than likely deploy in the defence of their clients as their profession requires of them. To me, the lawyer’s submission implies that advocates cannot rest believing the VAPP Act is done and sealed.

I think the legal perspective on how to ensure that those accused of committing abuses against women and girls don’t escape justice by capitalising on the loopholes in the existing law is vital. I think analysing (as has been done at The Centre for Social Justice) as well as taking steps to block aspects in the law which abusers could seize upon is like a jab of useful vaccine in the arm of women and girls; it should energise them to wage an effective war against all forms of abuses. It’s worth noting that some of the provisions in the VAPP Act address rape, sexual offenders register, female circumcision, compensation for victims etc. The Act, even as it currently stands, deserves its applause. Persons and groups who have worked hard to make it happen deserve theirs too and not a few of them have I commended on this page in recent past. They are all fighters worth celebrating. They are because, often, victims of abuses are helpless. We see them around. They don’t have a voice of their own except that which other prominent people in the society give them while speaking out on their behalf. If the reader has at least watched on TV women and girls who are inhumanely treated, they would get what I refer to. Always a pathetic sight, disturbing story, capable of moving whoever has a heart to tears even. Our vulnerable citizens have been maltreated enough in this country. So both the VAPP Act and the amazons who have fought hard to give it life are worth their price in gold.

The effort put in thus far in this direction is more worthy of note considering that ours is a male dominated environment. Here it’s a tough job getting the status quo to change, or embrace new ideas. Women and girls have always been on the receiving end of an erroneous mentality in a cultural setting where they are regarded as ‘things’ to be owned rather than people with equal rights with everyone else. They are treated as though they don’t have a mind to take their own decisions. It’s there in how some still decide who their girls should be married to, long after they have legally become adults. Those who dare to advocate change in situations like these are generally frowned at, rejected, and threatened in some social and religious settings. In spite of the progress made so far in Nigeria, the biases that women and girls suffer from are still sky high. Whoever denies a woman anything just because she’s a woman can’t get my nod. I take note that it’s taken the concerted efforts of mostly bold and courageous women and a few supportive men to get their rights as persons and citizens recognized, as well as get stiffer punishments legislated for women abusers as we see in the VAPP Act.

Among other things, the VAPP Act makes provision for compensation to victims as well as the protection of their rights. Since 2015 when it was enacted it has become clear that the Act, once celebrated as groundbreaking, is showing aspects that may require a review. It’s another issue that Okosa’s presentation at The Centre for Social Justice in Nigeria might have inferred. This point brings me back to an issue that I addressed on this page recently (July 16, 2021 – “The bold show spoilers in Jigawa”) That time, I noted that many rapists are escaping justice because parents and religious leaders negotiate to have rape cases settled out of court. I equally noted that while out-of-court settlement is recognised in law, it shouldn’t be applicable in rape cases because rape is a criminal offence, and the VAPP Act doesn’t even accommodate such measures. However, between January and June 2021 there had been 128 officially reported cases of rape in Jigawa State where out-of-court settlements were rampant. This is concerning and it is an issue that may requires further legislation. Why? We have a law that prescribes exactly what should happen to criminals who see women and girls as objects to be abused. But, in our usual manner, we have found a way to circumvent that law. No country conducts its affairs this way and have any results different from what we have in this nation.

With regard to the Crime Victims Compensation Program under the VAPP Act, the lawyer notes that the purpose of the compensation program is to aid in the recovery of the victim’s physical and mental health, and not necessarily to erase the trauma of the crime. However, the compensation system has its challenges especially where it concerns funding of the program. There’s an ongoing conversation regarding who should fund the compensation. Is it the offender or the government? Where the offender is to fund the payment, situations arise where they can’t afford it. Meanwhile, it’s been stated that tax payer’s money shouldn’t be used to compensate victims. There’s been the suggestion that there is a need to initiate a work scheme for indigent offenders to work, earn, and pay compensations without necessarily burdening the government. Nonetheless, the VAPP Act stipulates that the state should pay compensation to victims of crimes committed by state agents. On the whole, one of the things Okosa’s legal perspective has done is to show that the VAPP Act is still a young law and will need to go through several modifications so that it can meet new challenges that the society throws at it.

Still on that last part, it’s worth pointing out that although the VAPP Act has been around since 2015, there’s been a significant rise in the number of rape cases across the country especially since the lockdown occasioned by the corona virus pandemic in 2020. Equally to be noted is the fact that even though the death penalty is applicable in Jigawa State, rape cases have risen. I think this speaks to something more fundamental about our society and the manner we operate than just the passage of a law. We have laws that we have no desire either to obey or enforce. We are all part of the reason this is the case. This must have its consequences, and every Nigerian can potentially be on the receiving end. It’s one reason I have little regard for blaming ‘government’ for all of Nigeria’s problems. As for the VAPP Act though, the battle to make it bite mustn’t stop among those who are its foremost beneficiaries.