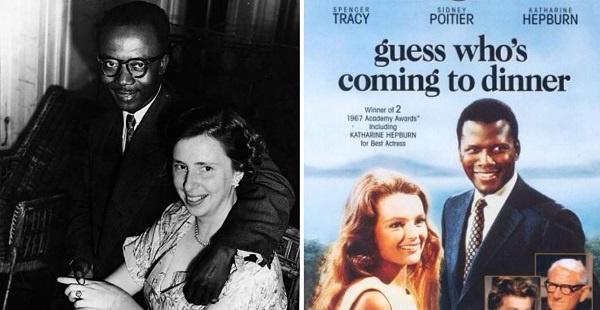 In the early years of the 20th Century, interracial marriages were uncommon, but that didn’t deter Ghanaian politician and lawyer, Joseph Emmanuel Appiah, from wooing the daughter of Britain’s ambassador to Russia, Peggy Cripps.

Joe Appiah, as he was popularly called, met Lady Peggy Cripps at a student dance in 1951. They became acquainted and started dating soon after.

But since, at the time, it was unheard of for an African man to “dare” marry an English upper-class lady, the news of their nuptials stirred the world.

When it was announced that the 32-year-old Peggy was to marry a black man, every Colonel Blimp in England was horrified.

“Disgusting!” That was how the apartheid South African Minister of Justice, Charles Swart described the marriage between Joe Appiah and Peggy Cripps. 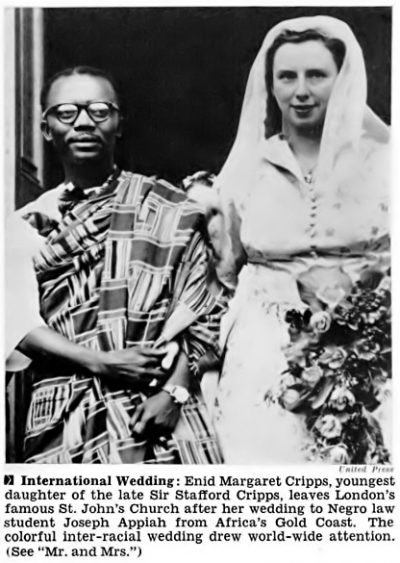 However, the opposition did not change the young couple’s decision to tie the knot. So one fine morning in 1953, the duo went to St John’s Church to bless their union.

The bride wore a gown of mother of pearl-embroidered silk brocade whilst the bridegroom adorned Ghana’s famous kente cloth of yellow and green striped silk.

It was reported that Ghana’s first President, Kwame Nkrumah, was supposed to be Mr Appiah’s best man, but George Padmore, the Pan-Africanist, journalist and author, took up that role.

Mr Appiah was born in Kumasi on November 16, 1918, to Nana James Appiah and Nana Adwoa Akyaa, members of the Ashanti imperial aristocracy.

His father was a schoolmaster, Methodist leader, traditional nobleman and, Chief Secretary of Asanteman. 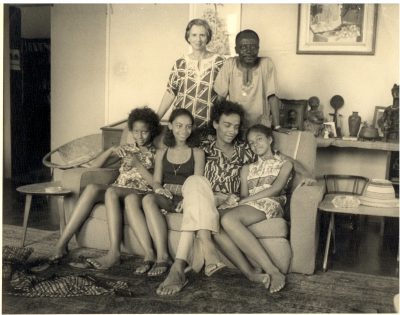 Joe and Peggy Appiah with their four children

Before returning to Ghana, then Gold Coast in 1954, the couple had their first child while residing in England.

Soon after, Joe Appiah’s friendship with Nkrumah was tumbled.

He went on to become prominent in the West African nation’s political opposition.

He was a member of the Ghanaian Parliament when he was arrested and detained, under the Preventive Detention Act, in 1961 and 1962.

He subsequently joined the National Liberation Movement party and won the Atwima-Amansie seat in 1957.

From 1970 to 1972, he was chairman of a new opposition party, the Justice Party, formed in 1970 through the merger of the country’s three opposition parties.

At that time, he was also president of the Ghana Bar Association.

Under later national leaderships, He went on to become Ghana’s representative at the United Nations in 1977 and 1978 and held other official posts.

Meanwhile, Peggy learned the language of the Asante, Twi, and became conversant with their folklore which influenced her to write several books such as Yao and the Python (1971); The Children of Ananse (1968); Why There Are So Many Roads (1972); Ananse the Spider: Tales from an Ashanti Village (1966); Kyekyekulee, Grandmother’s Tales (1993) and The Lost Earring (1971).

Her last major work was a collection of 7,000 Asante proverbs entitled ‘Bu Me Be’ to wit Tell Me a Proverb which she co-authored with her son Kwame, and Ivor Agyemang-Duah, currently information officer at the Ghana high commission in London.

At the same time as immersing herself in Asante art and culture, Peggy Cripps became a philanthropic figure in Kumasi and founded, with the assistance of her children, a school for the disabled at Jachie.

She also contributed to the education of many children in Kumasi.

Joe Appiah died in Accra after an illness and was buried at the Tafo cemetery at Kumasi in the Ashanti Region of Ghana on July 8, 1990.

But before her demise, Peggy Cripps bought a plot at Tafo cemetery in Kumasi so that when she died, she would not be sent back to England but be buried next to her husband.