The Father, The Son and The Restless Spirit – By Dare Babarinsa 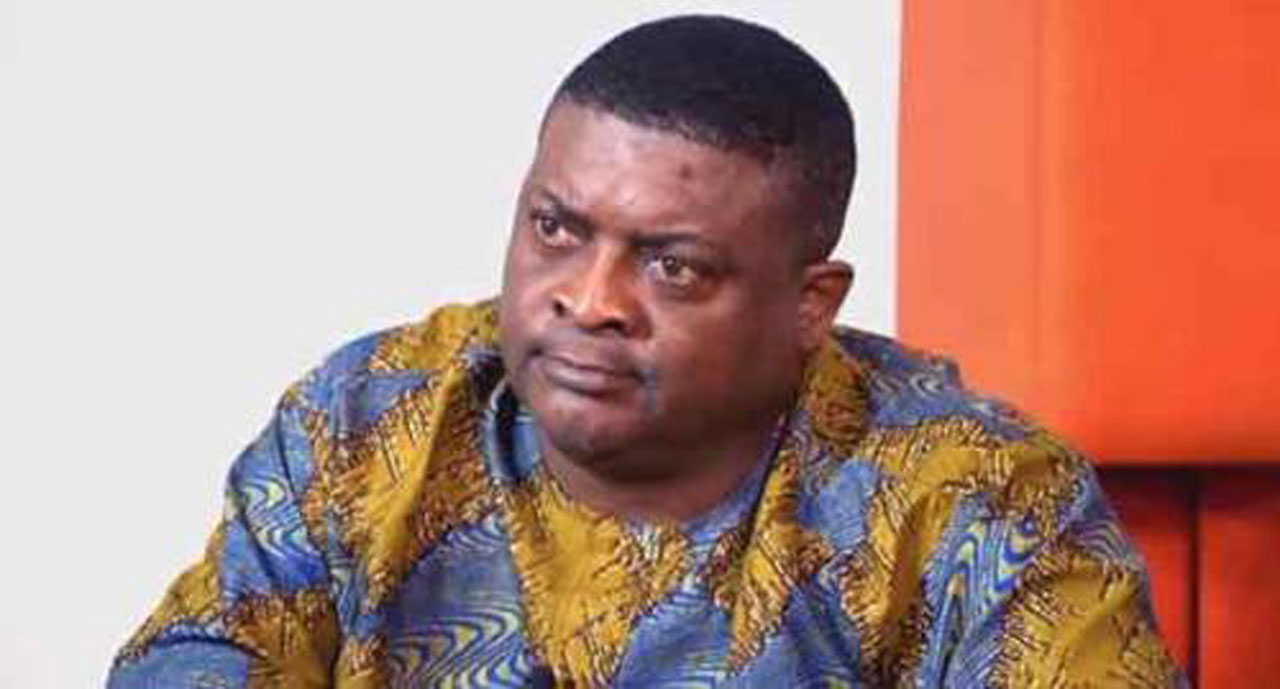 Some sons are like their fathers; or even better. That was what Gani Fawehinmi, the great lawyer, got in his son, Mohammed who died last week at 52. Gani wanted a son like Mohammed and that was what he got.

Mohammed was his father’s son; bold, articulate, cerebral, empathic and fearless. Gani couldn’t have prayed for a better son. Then Mohammed had the accident 18 years ago that made him wheelchair-bound and Gani knew something momentous and indeed, tragic, had happened.

Few years ago, at the public presentation of my book, One Day and A Story: the Reminiscences of an African Journalist, Mohammed was there at the Nigerian Institute of International Affairs, Victoria Island. Gani is one of the major characters in the book which is about my tour of duty in Newswatch, a first-class Nigerian newsmagazine founded by the quartet of Dele Giwa, Ray Ekpu, Dan Agbese and Yakubu Mohammed. Gani was the lawyer of Newswatch in the early days and he continued in that capacity few months after Giwa was assassinated through a parcel bomb on October 19, 1986.

Gani was the kind of lawyer that you would want in your corner. When Major-General Muhammadu Buhari toppled the elected regime of President Shehu Aliyu Shagari, December 31, 1983, Gani was one of the few lawyers that defied the Nigerian Bar Association to appear before those dreaded military tribunals. The NBA had ruled that, because judges were made subordinate to military officers on the tribunals, lawyers should boycott the proceedings in protest. While other lawyers went to the tribunal on tip-toes, Gani attended with flourish. He let it be known that he supported the trial of allegedly corrupt politicians by military tribunals.

“Experience has shown that corruption in public life in Nigeria cannot be obliterated by mere probes and commissions of enquiry or by the invocation of the criminal code under the ordinary legal system,” Gani argued. “The compelling need therefore, arose to evolve and devise a system of justice swift enough, fair enough and serious enough to deal a lethal blow on corruption in public places.”

Prince Bola Ajibola, then the president of the NBA would not agree with that argument. Said the NBA in a public statement: “A situation where the military, as the government, directs the detention and investigation of persons, appoints the chairman of the tribunal trying them and confirms the sentences of tribunals without giving them the right of appeal, hardly passes for a fair trial under our concept of natural justice.”

On August 2, 1985, I was sent by my editors to cover an NBA conference on Victoria Island. The late Major-General Tunde Idiagbon, Buhari’s deputy, was the special guest of honour. All the big lawyers and judges, including Justice Adetokunbo Ademola, the first African Chief Justice of Nigeria and his successor, Justice Teslim Elias, were present. Idiagbon defended the draconian laws, saying that they were necessary because Nigeria was facing “a grim war of survival.”

Of course Ajibola and his NBA would not agree that the situation was dire enough for the country to jettison the Rule of Law. The patriarch of the Nigerian judiciary, Justice Ademola decided to intervene in the matter when the NBA decided to punish Gani for his defiance. Ademola called the two parties to a meeting in his Lagos home. Gani came alone. The NBA was represented by three giants of the Bar; the legendary Chief Rotimi Williams, Chief Kehinde Sofola and Chief E.A Molajo. Gani took permission to record the discussion. In the end, Justice Ademola’s troubleshooting effort did not yield the desired fruit and the NBA threatened to put Gani in a newly opened “Roll of Dishonour.” Gani went to court to challenge the NBA.

On the day of the ruling by Justice Ademola Candide-Johnson, the Chief Judge of Lagos State, Gani brought his son Mohammed, to court. He was young and excitable teenager and he must have known even at that young age, that the court would be his theater of life. The three big opponents of Gani were also present, and being senior lawyers, sat in front while Gani sat in the second row. Mohammed, who may have still being in secondary school then, sat with us in the gallery.

The judge was a man noted for his fearlessness, erudition, learning, sagacity and sobriety. When Candide-Johnson ruling came, it landed like the anvil of the blacksmith. He chided the three leading lawyers who had represented the NBA and who had participated in the peace meeting at the instance of Justice Ademola. He said it was wrong for the elderly lawyers, who should be seeking peace, to have taken side with the NBA against Gani. “It would be more in keeping with dignity, respectability, professional honour and propriety for the elder legal practitioners to have maintained a neutral stance.”

The blows kept coming with devastating cadence. It was drizzling outside, but the legal luminaries were sweating. Chief Sofola rose and bowed to the judge and then stepped out into the drizzle. Molajo followed in tow into the rain. The last to leave was Chief Williams, looking grim and furious. Candide-Johnson continued reading in his even, mellifluous voice. It was a day of big victory for Gani who had floored three legal titans with one single blow.

Gani was joyous about the ruling. Addressing the court, he declared: “Your ruling is a product of an exemplary courage, rare but deep sense of justice and unsurpassable exposition of titanic legal intellectualism.”

Then he swept outside with Mohammed and other supporters at his side. Mohammed was carrying a placard, denouncing the tranny of the senior lawyers who then dominated the NBA. It was still drizzling but Gani and his supporters were too ecstatic to care.

Many years later, Mohammed qualified as a lawyer. It was truly thrilling seeing father and son in wig and gown. Gani believed that the law is an instrument for social engineering, a definitive weapon to promote the Rule of Law and uphold our humanity. He saw Mohammed as his linear successor, both in the Gani Fawehinmi Chambers and in the arena of popular struggle for justice. Mohammed had the intellectual capacity, the knowledge, the training and the clear understanding of the social and political environment.

It was clear he was the heir-presumptive. He was the lion’s cub, set to roar in his time.

Then the accident happened that affected his spinal cord and left him almost fully paralyzed. Like his father, he was a man imbued with the restless spirit and the capacity to dare. Occasionally he would roar like a lion that he was, but his body imprisoned him. Now he is free forever to join his immortal father.

Mohammed’s passage is a singular occurrence for Mama, Mrs. Ganiat Fawehinmi, and other members of the family. May God grant them the capacity to go through this period of sorrow and terrible storm.