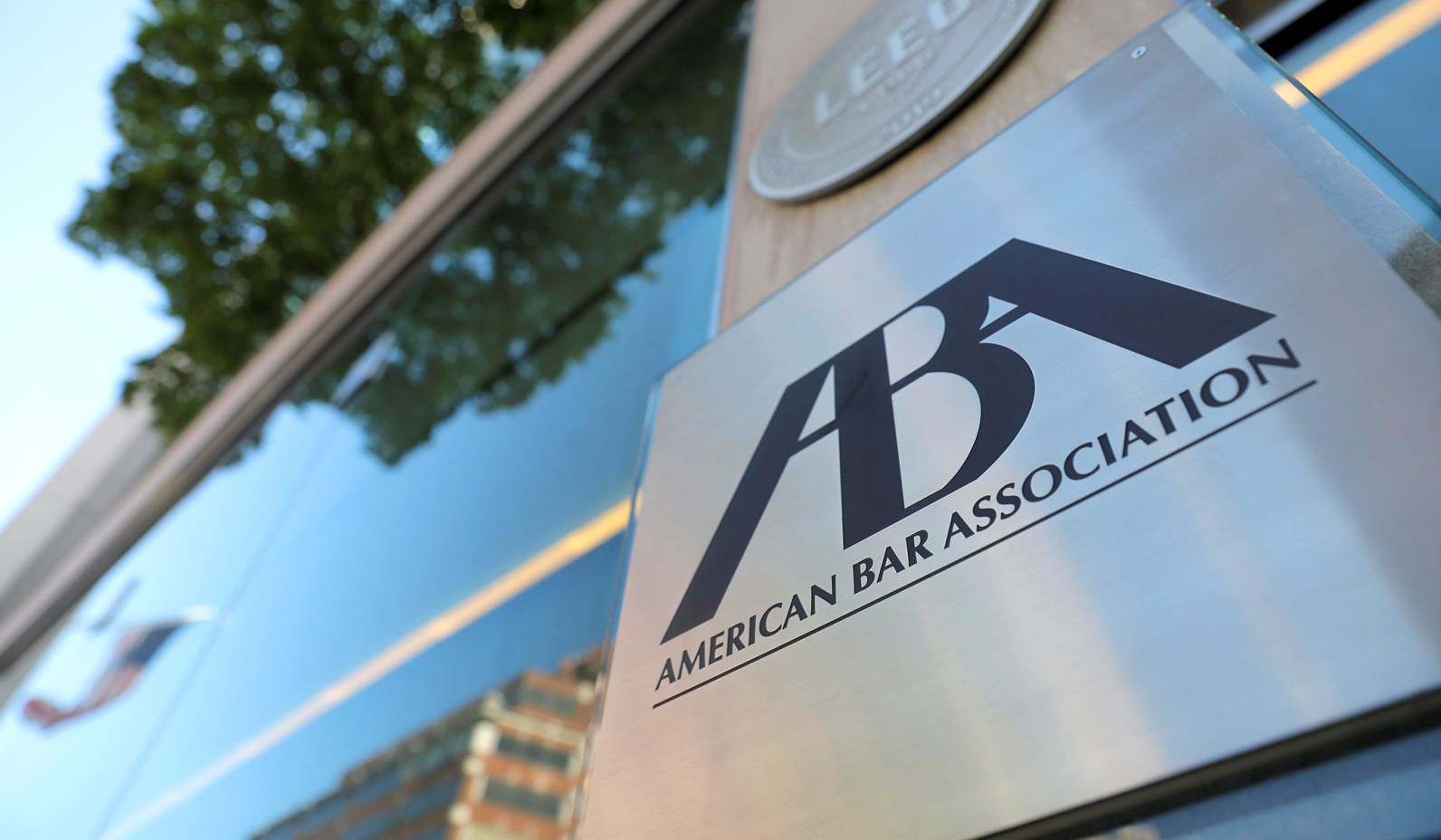 The main accrediting board for lawyers intends to coerce law schools to break the law in pursuit of racial equity.

At the end of September, the American Bar Association held its inaugural Equity Summit: Advancing Diversity, Equity, and Inclusion in the Legal Profession and Beyond, featuring Justice Sonia Sotomayor. This conference comes as the ABA is about to implement accreditation requirements that will institutionalize Ibram X. Kendi–style racial and gender discrimination in law-school admissions and employment, require indoctrination of law students, and override the academic freedom of law schools.

The ABA has plenary control over legal education in the United States as the sole national accrediting agency recognized by the U.S. Department of Education for programs leading to the J.D. All but four states limit eligibility for bar admission to graduates of ABA-approved schools. No law school can risk its accreditation by refusing to comply with the ABA’s accreditation standards.

In May, the ABA Standards Committee proposed that law schools be required to take “inclusive and equitable . . . effective actions that lead to progress in diversifying and creating an “inclusive and equitable environment” for students, faculty, and staff. The ABA proposal astonishingly mandates that even if law schools are legally prohibited from complying, they may lose their accreditations unless they submit.

Despite considerable objections, including from preeminent professors at such usually reliable liberal bastions as Yale, the University of Chicago, Berkeley, and UCLA, the ABA recently doubled down on its earlier draft proposals with Final Recommendations and guidance that will go to the ABA House of Delegates for final approval in February.

Even the ABA admits that the “vast majority” of the comments it received on its May draft were negative, including opposition to “ABA overreach and interference with law school policies and curricula; imposition of certain ideology and corresponding First Amendment issues; academic freedom issues; discussion on these topics not incorporating differing perspectives; and differences in opinion on common theories that may be taught and the effectiveness of training in bias, cross-cultural competency, and racism.”

Ten of Yale’s most eminent current and former Sterling Professors of Law joined in a letter objecting that the proposed standards “may” be a euphemism for quotas, “appear” to instruct schools to risk violating state and federal law to retain accreditation, and require each school to teach a course that “presuppose[es]” that law students are racist.

Unquestionably, the officers of the court at the ABA are pressuring law schools to break the law. ABA Interpretation 206-1 states: “The requirement of a constitutional provision or statute that purports to prohibit consideration of race, color, ethnicity, religion, national origin, gender, gender identity or expression, sexual orientation, age, disability, or military status in admissions or employment decisions is not a justification for a school’s non-compliance with Standard 206.”

Previously, Standard 206 required only proof of “commitment.” Now, the ABA requires that even if contrary to law, a law school may lose its accreditation if it fails to demonstrate “effective actions and progress.” Talk about twisting arms.

The ABA will require each law school to provide “full opportunities” for “underrepresented groups” and will eliminate the safeguard that programs remain “consistent with sound legal education policy.” Law schools must focus on DEI in admissions, recruitment, and their curricula, and prove their progress to maintain accreditation. The ABA also requires that students be indoctrinated in courses that demand they eliminate racism in the legal profession and learn “cross-cultural competency.”

Finally, every “employer to whom [a law school] furnishes assistance and facilities for interviewing and other placement services” must agree to comply with similar principles “in regard to hiring, promotion, retention, and conditions of employment.”

The ABA has not explained whether its equity standard is based on total U.S. population (12.4 percent black and 18.7 percent Hispanic), or recent college graduates (10.4 percent black and 14.2 percent Hispanic). According to the 2021 ABA Profile of the Legal Profession, in 2020, 61 percent of first-year law students were white, 8 percent black, and 13 percent Hispanic. Hence, the ABA will require from a 30 percent to 55 percent increase in the percentage of black students, a 9 percent to 44 percent increase in Hispanic students, and balancing reductions in white and Asian students. Equity (which is based on percentages) won’t be achievable solely by increasing the number of black or Hispanic law students. The absolute number of whites will have to be reduced to make way for groups the ABA has mandated receive equity. Paradoxically, women, who now account for nearly 60 percent of all law students, may be on the chopping block, with white women at the highest risk.

It is implausible that law schools will find the requisite number of qualified black and Hispanic candidates. Numerous studies have concluded that because of existing racial preferences, many white students who are rejected by law schools have stronger credentials than many blacks who are admitted. Contrary to the hackneyed rejoinder that test scores and GPAs are racist white supremacy, in their objections to the ABA standards, UCLA law professor Richard Sander, a leader in studying racial preferences, and three colleagues observed that the LSAT and GPA may somewhat “overpredict” law-school performance of black students.

Increasing the number of black and Hispanic law students and reducing the number of whites and Asians will exacerbate the well-documented difficulties the beneficiaries of racial preferences already experience in law-school performance (see here, here, here, and here).

The results of racial preferences can be seen in bar passage rates. According to the ABA Profile, in 2020, 88 percent of whites passed the bar on their first try. For Hispanics, the rate was 76 percent, and for blacks, 66 percent. Overlaying quotas that require digging deeper into the applicant pool will make the disparity worse. Because equity is measured by percentages, if the graduating class meets its equity targets, the disparity in bar passage means employers will be unable to achieve their targets unless they refuse to hire white and Asian graduates.

Aside from stigmatizing qualified black applicants for law school and jobs, and mocking America’s promise, the ABA is abandoning standards and quality control. In our lawyer-dominated society, when lawyers make mistakes or are merely competent, innocent people may die, billions of dollars are wasted, families lose their farms, and criminals go free.

Despite capturing the academic, media, and professional elite, proponents of racial preferences and quotas are on the wrong side of the Constitution, federal and state law, American principles, and public opinion. For more than 20 years, Americans, including most blacks and Hispanics, have consistently opposed considering race or ethnicity in admission decisions. Nine states outlaw doing so.

We must address underperformance of black and Hispanic students as an important priority. But the place to do so is in elementary school or high school, not by mandating quotas and indoctrination in law school and using control over law schools to indoctrinate and reeducate America’s 1.34 million lawyers.

Selecting law students and lawyers by skin color, gender, or gender orientation, rather than merit, is contrary to American law and values, victimizes those who are put in situations for which they are unprepared, and places the greater society at risk.