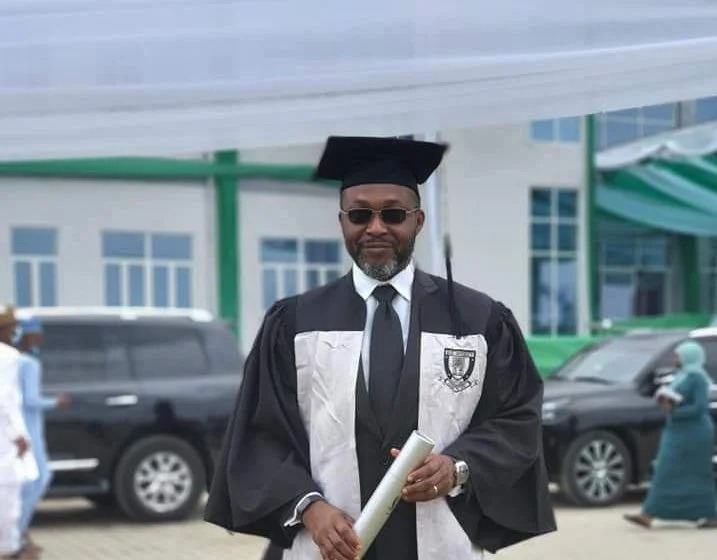 Osita Chidoka, former minister of aviation, has bagged a degree in law from Baze University, Abuja. The politician broke the news in a lengthy post via his Facebook page on Saturday.

Chidoka said sharing the same classroom with students under 20s was a humbling experience.

He, however, added that it brought order to his life after serving as aviation minister and corp marshal of Nigerian Federal Road Safety Commission (FRSC).

Chidoka said his time at the institution was characterised by several distractions which include his involvement in the 2017 Anambra guber election.

The ex-aviation minister also disclosed that the distractions led to his failure of one of the courses which he had to retake.

“Yes, I have graduated with an LLB second class upper from Baze University. Tough journey. Imagine moving from the Federal Executive Council (FEC) to a classroom with under 20s,” he wrote.

“I wore black trousers and a white shirt daily. Made an effort to enter the class before the lecturers, submitted assignments as at due dates.

“It was humbling, but it brought order to my life. After eight years of high-octane service, from FRSC to aviation, Baze University was therapeutic.

“School was not without distraction. I Left to run for governor, came back. Left to manage the Atiku campaign election centre, came back.

“School was not without its setbacks. On the campaign trail for the 2019 elections, I struggled with school work but thought I could wing it. Alas, I failed Evidence 1 taught by my friend Prof. Ojukwu.

“He refused to give me make-up midterm tests that I missed. Whenever I approached him, he would cheerfully gist and analyse the elections with me.

“After each discussion, I went away confident he would reconsider. He did not. I went into the exam with 0/30. It was humbling, as I had not experienced examination failure before then. I nearly withdrew.”

The former minister said he did not get preferential treatment at the school, adding that he was able to brace the odds due to his resilience.

“I persevered. I re-registered Evidence 1 and attended Prof Ojukwu’s lectures, participated in all class assignments and followed his teaching style. I passed very well. Setbacks and failures are part of life. Face them squarely,” he added.