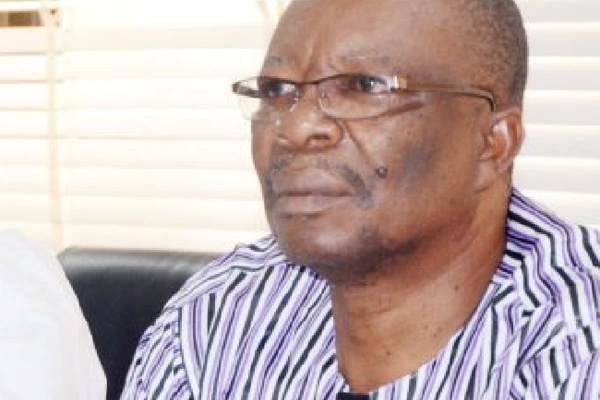 The Court of Appeal in Abuja on Wednesday asked the Federal Government and the striking Academic Staff Union of Universities members to opt for an out-of-court settlement in the resolution of the dispute between both parties.

The Appellate Court suggested a period of 24 hours for the 2 parties to have a rethink, sit down and come out with a resolution that would make Nigerians happy.

The decision was taken by Justice Georgewill Biobele Abraham when the Federal Government and ASUU appeared before it for a hearing on the appeal instituted by ASUU against the judgment of the National Industrial Court, which ordered the striking university lecturers to call off their strike and return back to work pending the determination of the substantive suit.

Specifically, Justice Georgewill Biobele tasked counsel to the Federal Government, James Igwe (SAN), and that of ASUU, Femi Falana (SAN), who were all present in court, to first sit down as lawyers, take a patriotic position and convey the position to their clients.

What the Appeal Court Judge said

Justice Biobele said, “There is time for everything, time for war, and time for peace. As Ministers in the temple of justice, we want to see the two of you as senior lawyers encourage and explore an amicable settlement of this dispute.

“In fact, we expect to return to this court on Thursday with the good news that the dispute has been thrashed out and all the appreciation of Nigerians will go to you.

“So, talk to your clients to take the interest of the nation into consideration for the sake of our children. As you leave here, go and sit down and talk and resolve the matter.”

Counsel to the Federal Government, James Igwe thanked the Justices for the admonitions and promised to look into the counseling with his colleague.

Falana, who revealed that he had initiated something similar and would be happy to do more on the way out of the strike, however, restated that an amicable resolution of the matter would involve give and take from the two parties.

Meanwhile, the court presided over by Justice Barka Hamma Akawu has fixed October 6 for hearing in a motion filed by ASUU for a stay of execution of the judgment of the Industrial Court which ordered the striking lecturers to suspend their industrial action and resume work pending the resolution of their dispute with the Federal Government.

During Wednesday’s proceedings, Falana had sought to move the motion but the Federal Government lawyer objected on the ground that he had not been served with the motion dated September 28.

However, the record of the court showed that the motion was served on the office of the Attorney General of the Federation (AGF).

As a result of this, the government lawyer sought a short adjournment to enable him to respond to the motion.

Justice Akawu subsequently fixed October 6 for the hearing of the motion.

ASUU had on February 14, 2022, embarked on a 4-week strike to press home their unresolved demands on the federal government.

Some of the lecturers’ demands include funding for the revitalization of public universities, which amounts to N1.1 trillion, payment of earned academic allowances, and adoption of the University Transparency Accountability Solution (UTAS) as a preferred payment option, instead of the Integrated Payroll and Personnel Information System (IPPIS), payment of promotion arrears and the renegotiation of the 2009 ASUU-FGN Agreement.

Efforts to get the academics back to class have failed until now as several negotiations between the union and the government have failed.

The federal government had in legal action against the union after several failed attempts at negotiations, filed an application through its lead counsel, Mr. James Igwe, for an interlocutory injunction, seeking an order of the court restraining ASUU from further continuing with the strike.

Despite a ruling by the National Industrial Court on Sept 21, 2022, ordering them to return to work, the University lecturers have remained adamant.

Last week ASUU, through its lawyers, filed an appeal against the court ruling.