Anybody may nominate candidates, but the nominations must be accompanied by the endorsement and support of at least one professional body of legal practitioners, or an NGO working in the field of human rights, or other legal areas. 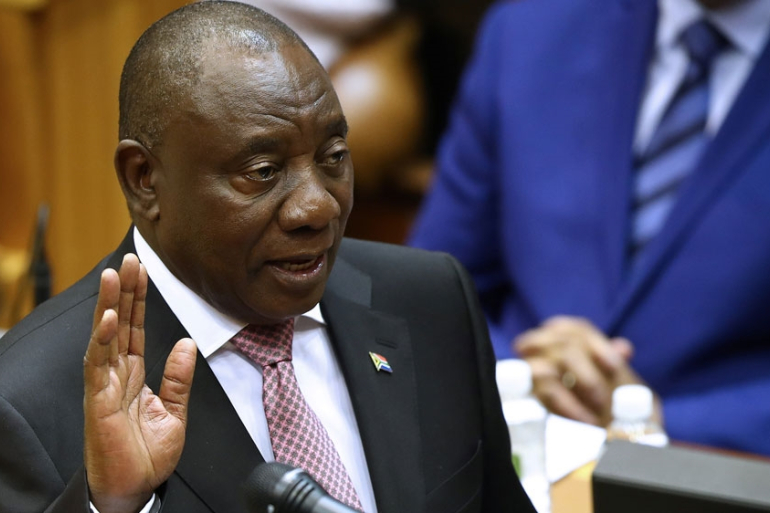 In a move seen as unprecedented, President Cyril Ramaphosa of South Africa has said that he was inviting public nominations to select the successor to outgoing Chief Justice Mogoeng Mogoeng, and establishing a panel to shortlist candidates for the post, the Mail and Guardian of South Africa reported.

“To promote transparency and encourage public participation, Ramaphosa has decided that South Africans should take part in the choice of the next chief justice,” his office said.

There have been whispers within the governing party that Ramaphosa wanted to bring more consultation into the process, but even this week, his office was not sure that the president would take the step.

It quoted him as saying the chief justice occupied “a vital position” in the democratic order.

“It is, therefore, appropriate that all South Africans should have an opportunity to witness and participate in the selection of the next chief justice. We expect that this process will further deepen public confidence in the independence and integrity of the judiciary.”

There is wide consensus in the legal fraternity that a firm hand is needed at the Constitutional Court to shore up its administration and juristic coherence after a sometimes lacklustre period. The next chief justice will also inherit a judiciary that has come under sustained political attack and needs a firm defence of its independence.

Mogoeng’s term ends in less than a month, on October 11, and the presidency has set 1 October as the deadline for nominations.

“After receiving the nominations, a panel of eminent persons with relevant experience will shortlist between three and five candidates. The panel will decide how best to openly, transparently and expeditiously compile the shortlist,” it said.

The panel must report to the president by 29 October.

Anybody may nominate candidates, but the nominations must be accompanied by the endorsement and support of at least one professional body of legal practitioners, or an NGO working in the field of human rights, or other legal areas.

“Nominations should set out the reasons the nominee is deemed suitable to be the next chief justice [and] their experience as a legal practitioner, including any experience as a judge,” the presidency said.

Required will be a nomination letter, the nominee’s acceptance, letters of support, including the contact details of people and organisations supporting the nomination, as well as at least one letter of support from a professional body of legal practitioners or an NGO working in the field of human rights, or other legal field.

The presidency said it would make all nominations public by 4 October.