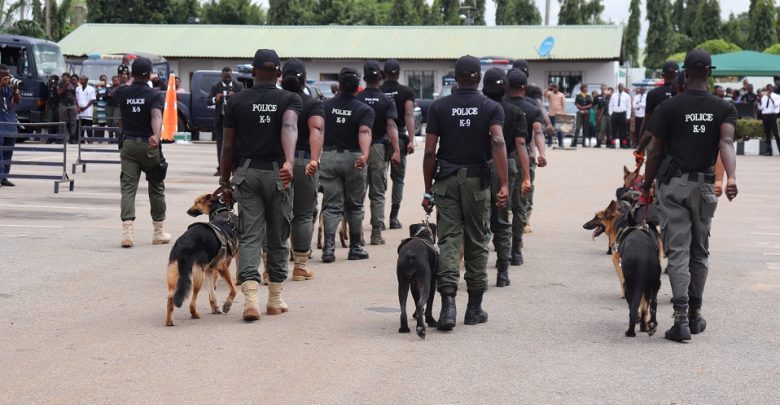 The Nigerian Police Force has taken action in response to the worrisome practice of women allegedly sleeping with dogs for money.

In recent days, social media has been flooded with disturbing recordings of women having sexual relations with dogs.

According to certain accounts, some women fly to Dubai, Lekki, Lagos state, to sleep with dogs for money.

The involvement of women in bestiality has continued to elicit negative emotions because of the potential health hazards.

CSP Olumuyiwa Adejobi, the Force’s spokesperson, reacted to the news by citing the Criminal Code Act of 1990, which specifies that having carnal knowledge of an animal is illegal.

His tweet read: “Can you see this? Read it, so that we tell them oh because they all accept the dirty business. The law condemns it, our tradition condemns it, all the practicable religions condemn it so what are we saying.

“Part of our duties as a responsible institution is to educate our people, Nigerians, on the dos and don’ts as stipulated by our laws. That is why I have uploaded this portion of the law here.”

He warned those in the line of business to stop to avoid spreading strange sicknesses in Nigeria.

“However, we need to tell them to stop that nonsense so that they don’t spread strange sicknesses in the country. The ones they had introduced to our system are enough oh.” 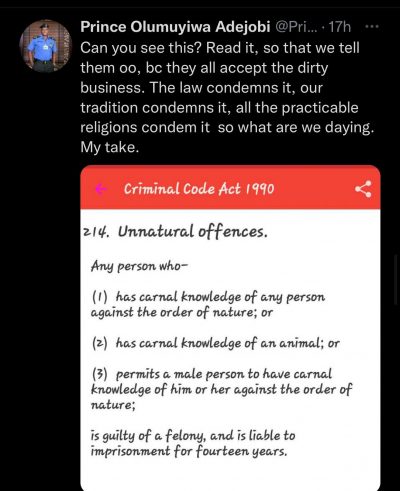