“These lower courts now manned by legal practitioners, are nearer to the grassroots and accessible to the majority of Nigerians as they are situated in communities. 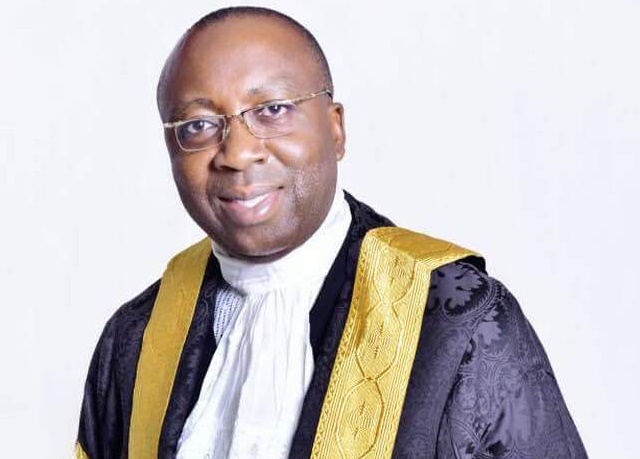 A Senior Advocate of Nigeria (SAN), Chief James Onoja has called for the amendment of the 1999 Constitution to give Magistrates’ and Upper Area Courts powers to enforce fundamental rights.

Onoja made this call at the 34th Annual Law Dinner of the Faculty of Law, Lagos State University (LASU), where he was honoured.

At the dinner, the senior advocate made a paper presentation titled Judicial Protection of Human Rights in Nigeria: Prospects and Challenges’

Onoja, in his presentation, justified his position on the premise that these courts “are closer to the grassroots and accessible to the majority of Nigerians. They are situated in communities.”

On this ground, according to the senior lawyer, it will be fair and just to expand their scope to accommodate fundamental rights matters.

Onoja argued that violation of fundamental rights “is a daily occurrence in every community in Nigeria, in villages and organisations far away from the prying eyes of the law and institutions saddled with the responsibility to bring violators to account.

“The court with jurisdiction to handle rights violations is the federal or state high courts. These courts are normally situated in cities and urban areas far from the major theatres of right violations.

“It is my humble suggestion that section 46(1) and (2) of the 1999 Constitution be amended to give the Magistrate and Upper Area Courts the vires to enforce fundamental rights.

“These lower courts now manned by legal practitioners, are nearer to the grassroots and accessible to the majority of Nigerians as they are situated in communities.

“There is a compelling urgency to amend laws and rules of judicial engagements in Nigeria to allow the indigents who are ordinarily the victims of right violation to access the courts.”

Onoja also suggested other measures that should be adopted to make courts accessible to the people, especially the poor.

“This can be in the form of reduced filing fees and charges for instituting human rights cases and increased availability of pro-bono services by the Legal Aid Council and offices of public defenders across the country.”

He advised policy and lawmakers to consider laws that would allow the use of arbitration and mediation, with all their benefits, to resolve human rights cases especially in the determination of quantum of damages payable and where there was no issue of liberty and threat to life.

According to him, most of the high and appellate courts in Nigeria have included arbitral proceedings and mediation centres in their rules and it is just and expedient to take advantage of these provisions and institutions to address human rights cases.

He said: “This is important because of the delayed trials and lengthy period of trials and appeals from high courts to the Supreme Court where in some instances, the victim never lives to take benefits of compensation awarded by courts.

“It is my opinion that lawyers and litigants take the enormous opportunity presented by Sections 6(1)(e) and 22(1)(2) of the National Human Rights Commission (Amendment) Act, 2010 to expediently bring right violators to account without the frustration of delayed court proceedings and technicalities.”

Onoja, therefore, called on magistrates and judges across the federation to utilise every chance they get to protect the fundamental human rights of Nigerian citizens.