The Chief Justice of Nigeria (CJN), Justice Ibrahim Muhammad has approved the appointment of Hajo Sarki- Bello as the Chief Registrar of the Supreme Court. 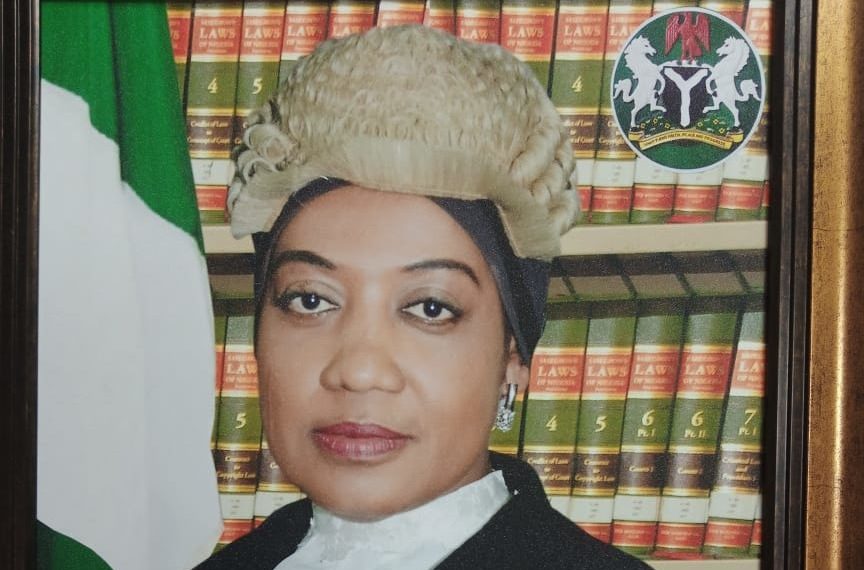 The Chief Justice of Nigeria (CJN), Justice Ibrahim Muhammad has approved the appointment of Hajo Sarki- Bello as the Chief Registrar of the Supreme Court.

The appointment, which is in an acting capacity, followed the retirement of the substantive Chief Registrar, Hadizatu Uwani-Mustapha who will be attaining the mandatory retirement age of 60 years tomorrow, Sunday August 8 2021.

A statement by the Director of Press and Information, Dr. Festus Akande on Thursday said the new Chief Registrar would resume office on Monday, August 9, 2021.

She is a 1988 graduate of Law from Uthman Dan Fodio University, Sokoto, Nigeria. She was called to the Nigerian Bar on June 7, 1990, after successfully completing the mandatory one-year intensive academic programme at the Nigerian Law School,  Lagos,  Nigeria.

Hajo equally attended the Nigerian Institute of Advanced Legal Studies (NIALS) in Lagos where she studied Legal Drafting.  She subsequently went to Ahmadu Bello University, Zaria for a Master’s Degree programme in International Affairs and Diplomacy. She has worked in in different capacities in different law Firms and commercial organizations before joining the Supreme Court of Nigeria in 1996 as Senior Registrar. In 2001, she was promoted to the position of Acting Deputy Chief Registrar and later became substantive Deputy Chief Registrar in 2006.