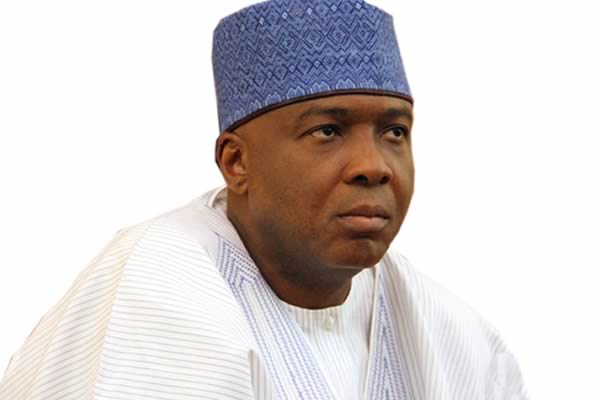 Justice Anwuli Chikere of the Federal High Court sitting in Abuja, on Monday, said she could no longer hear the suit filed by the former Senate President, Dr Bukola Saraki, as she would be retiring from the bench in two weeks time.

When the matter was called on Monday, counsel to Saraki, Kehinde Ogunwumiju (SAN), told the court that he has withdrawn an earlier application seeking a stay of proceeding and will also withdraw the appeal filed at the Abuja Division of the Court of Appeal.

He, however, informed the court that the matter was adjourned till Monday for hearing of the substantive suit filed by the former Senate President.

Ogunwumiju who undertook to file an application for discontinuance of the appeal, however, said he has filed an application challenging the jurisdiction of the court to hear the matter.

Justice Chikere said she is retiring in two weeks time and cannot go ahead with the matter as she cannot hear and determine the matter within two weeks.

The Economic and Financial Crimes Commission (EFCC) had, in 2019, said it would probe Saraki’s earnings between 2003 and 2011 when he was governor of Kwara state.

Justice Tairuled on an ex parte application on May 14, 2019, filed along with the substantive suits and ordered the anti-corruption agency (4th respondent) and the other five respondents to the suits to stay action on the probe pending the hearing and determination of the motion on notice filed by the applicant.

Others in the two suits are the Attorney General of the Federation (AGF), Inspector-General of Police (IGP), State Security Service (SSS), Independent Corrupt Practices and Other Related Offences Commission (ICPC) and Code of Conduct Bureau (CCB) as 1st, 2nd, 3rd, 5th and 6th respondents respectively.

The court had directed the parties to maintain the status quo by suspending the probe.

“There is no doubt that in making the interim reliefs or orders, the court is guided even in the exercise of its discretion judicially and judiciously applied by the law and statutes.

“I am of the view, after due consideration of the aforesaid, that this court ought to make the order being sought by the applicant pending the hearing and determination of the originating motion on notice,” Taiwo had ruled.

But the EFCC later applied that the judge should recuse himself and the matter be transferred to another court.

Justice Taiwo recused himself from the matter and sent back the case file to the chief judge and the matter was reassigned to Justice Chikere for adjudication.

The case file will be returned back to the Chief Judge of the Court, Justice John Tsoho for re-assignment to another judge for adjudication by next year.

NEWER POSTRape And Murder Of Nine-Year-Old Girl From 1959 Is Finally Solved By DNA
OLDER POSTFHC Directs Service Of Court Order On IGP, Others Over ‘Contempt’