According to him, the Rivers State Government VAT Law, No. 4 of 2021, which has been assented to by Governor Wike, is also in line with the country’s constitutional provision. 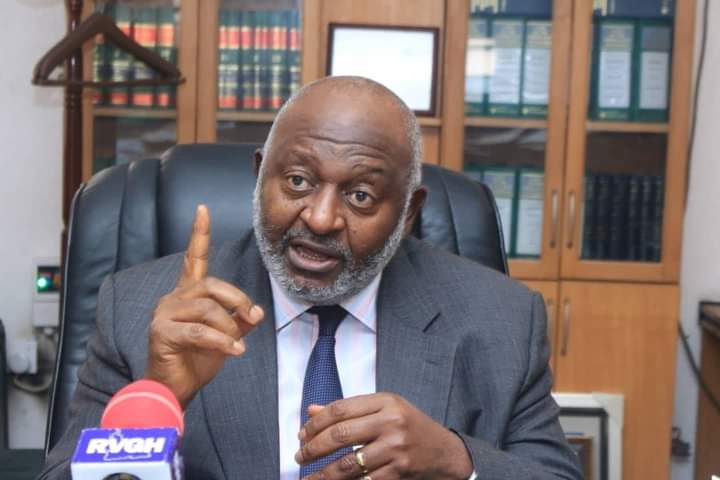 Okocha, who spoke  in Port Harcourt, stated that the Federal High Court’s declarative ruling in Port Harcourt reaffirmed that Rivers Government was so empowered to collect VAT within its jurisdiction.

According to him, the Rivers State Government VAT Law, No. 4 of 2021, which has been assented to by Governor Wike, is also in line with the country’s constitutional provision.

‘Rivers State Government went to court against the Federal Inland Revenue Service ( FIRS) and won the case. FIRS later filed an appeal in the Court of Appeal. But returned to the Federal High Court to demand a stay of execution. But the court refused the application and dismissed it,’ he said.

The legal icon, who pointed out that though the case is at the Court of Appeal and at the instance of FIRS, it could be a long legal battle that would get to the Supreme Court, but it will not stop Rivers State from collecting VAT within the state.

‘So, the law now is that the Rivers State Government is entitled to collect Valued Added Tax (VAT) in Rivers State,’ Okocha explained.

Commenting on conflicting ex parte order procured from courts of coordinate jurisdictions, Okocha recalled that, first, an order was secured from the State High Court in Rivers State.

According to him, the order concerned a dispute involving the People’s Democratic Party (PDP), National Chairman, Prince Uche Secondus, who is a citizen of Rivers State and whose registration ward as a politician is also in Rivers State.

‘Someone is sued in Rivers State, before you realise, another court in Zamfara or Kebbi sued and next, you hear another person has sued in Cross River State,’ he said.

‘There is no territorial jurisdiction over Uche Secondus by any High Court in Zamfara State, Kebbi or Cross River and any other state.

Okocha said all those subsequent judgements and orders require proper investigations and it is also the National Judicial Council (NJC) that can determine whether any of those judges who issued those subsequent orders acted lawfully or unlawfully.