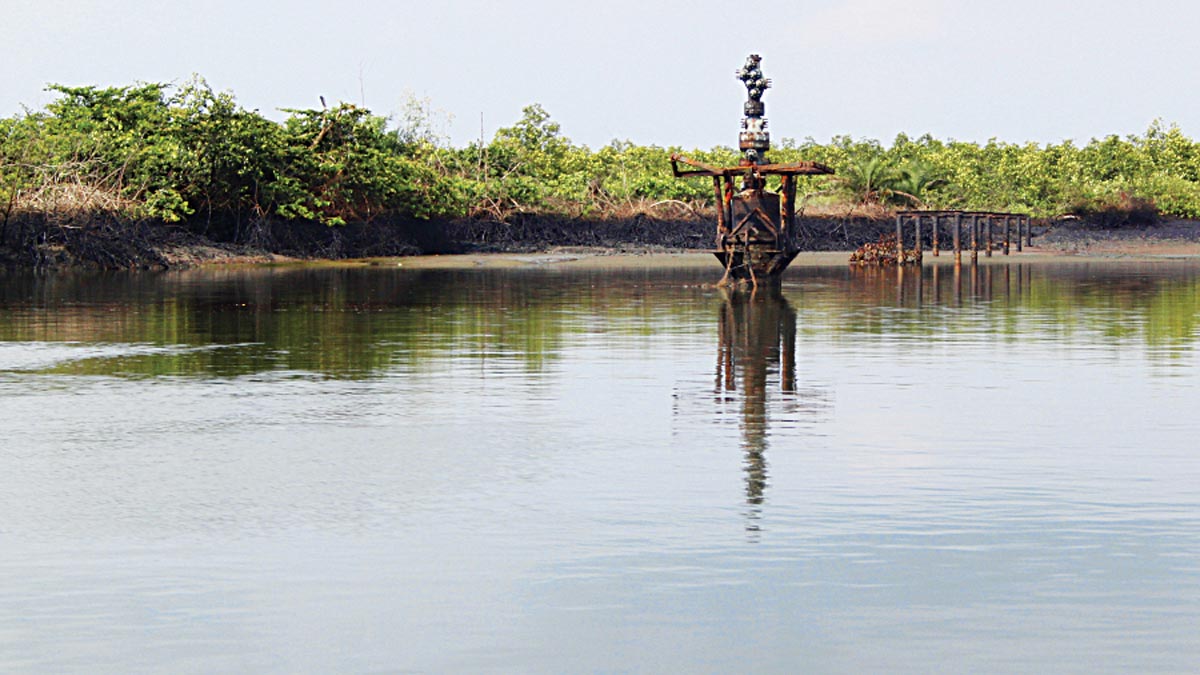 The legal battle between two Southern states of Rivers and Imo States over ownership of 17 rich Oil wells has been shifted to November 1 for definite hearing by the Supreme Court.

Meanwhile, the Attorney General of the Federation and the Imo state government are challenging the jurisdiction of the apex court to adjudicate on the dispute.

While the AGF is challenging the mode of commencement of the action via a writ of summons, the Imo state is questioning the court’s jurisdiction hear the case as a court of first instance.

However, the matter was adjourned by the apex court after counsel to parties to the litigation made formal appearances before the court.

While the Attorney General of the Federation (AGF) was represented by Dr. Remi Olatubura (SAN), Chief Olusola Oke (SAN) appeared for Imo state, as 1st and 2nd defendants in the suit filed by Rivers state, through Emmanuel Ukala (SAN) as counsel.

Meantime, the Rivers state government has hired the services of five Senior Advocate of Nigeria, made up of two former Presidents of the Nigerian Bar Association(NBA) to prosecute the action. They are Joseph Daudu and Okey Wali with their learned silk of Emmanuel Ukala, Sabastine Hon, and Sunday Ameh.

During Tuesday’s proceedings, Olushola Oke informed the seven-member panel led by Justice Kudirat Kekere Ekun that he has filed a motion on notice challenging the jurisdiction of the court to hear the suit as a court of first instance.

He contended that since the suit is against actions of some federal agencies and not the government itself, the appropriate court to adjudicate on the issue is the Federal High Court and not the Supreme Court.

On his part, counsel to the AGF, Olatubura said his client has filed a counter-affidavit against the writ of summons filed by Rivers State.

But lead counsel to Rivers state, Joseph Daudu prayed for seven days to enable him respond to the two motions by the defendants.

Thereafter, Justice Kekere-Ekun ordered parties to file and exchanged all their processes before the next adjourned date of November 1.

The apex court had on Wednesday July 14 granted an order of injunction stoping the federal government and it’s agencies from ceeding the 17 disputed oil wells located at Akri and Mbede to Imo state.

The order of injunction was granted to stop an alleged implementation of the ceeding of the 17 oil wells to Imo state pending the determination of the suit brought before it by the Rivers state government.

The apex court also barred the Revenue Mobilisation Allocation and the Fiscal Commission, RMAFC, and the office of the Accountant General of the Federation from approving, implementing, or giving effect in any manner to a letter from RMAFC office, with reference number RMC/O&G/47/1/264 of July 1, 2021, which canceled the equal sharing of proceeds from the 17 oil wells by Rivers and Imo states.

Rivers state through its Attorney General had dragged the AGF and the Attorney General of Imo state before the Supreme Court praying for declaration that the boundary between Rivers state and Imo state, as delineated on Nigeria administrative map , 10, 11 and 12 editions and other maps bearing similar delineations are inaccurate, incorrect and do not represent the legitimate and lawful boundaries between Rivers and Imo State.

Plaintiff also sought a declaration that as far as Nigeria’s administrative map 10,11 and 12 editions and other maps bearing similar delineations, relate to the boundaries between Rivers and Imo, the said maps are unlawful and void, cannot be relied on to determine the extent of the territorial governmental jurisdiction of Rivers state and to determine the the revenue accuring to Rivers state from the federation account, including the application of the principle of derivation and other revenue allocation principles as contained in the 1999 Constitution.

Plaintiff also sought declaration that all the oil wells within Akri and Mbede communities are wrongly attributed to Imo state and that they are all oil wells within the territory of Rivers state and form part of Rivers state and that it is only rivers that is entitled to receive the full allocation of the distributable revenue from the oil wells on the basis of the 1390 derivation as contained under section 162 of the 1999 constitution.

Rivers therefore sought order of mandatory injunction directing the AGF to calculate, to its satisfaction, and refund to it all revenue that have been wrongly attributed to or paid to Imo state on account of the limit or extent of their territories, including earnings due to it from revenue derived from Akri and Mbede oil wells.

The plaintiff also sought order of Injunction directing the AGF to withdraw from circulation its administrative map 10,11 and 12th editions and to refrain from relying on any of the said maps for the purpose of determining the boundary between Rivers and Imo state.