He noted that the resurgence of ex parte order would be a thing of the past if chief judges, who have the responsibility of assigning cases to judges, ensured that mere matters involving the same parties and the same claims are raised contemporaneously in two or more court should be heard in one of these courts 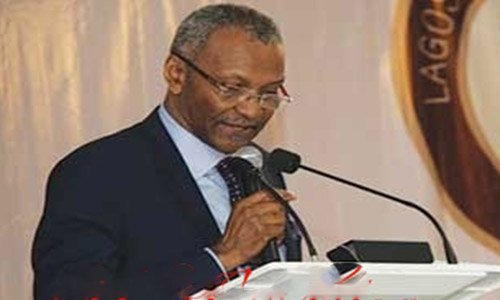 A retired Justice of the Supreme Court, Justice Olabode Rhodes-Vivour has asked the National Judicial Council (NJC) to recommend for removal any member of the Bench found complicit in granting conflicting ex parte order.

Rhodes-Vivour has also challenged the Nigerian Bar Association (NBA) to sanction any legal practitioner, who are indulged in filing outside jurisdictions or involved in practice that infringes the rules of professional conduct.

He made these recommendations during a virtual session organised by the NBA Section on Public Interest and Development Law (NBA-SPIDEL) under a theme, ‘Contradictory Ex-Parte Orders: Implications and Consequences’ on Thursday.

SPIDEL convened the conference amid conflicting orders arising from the multiplicity of court actions filed in respect of the primaries conducted by major political parties to select their candidates for the next Anambra State governorship election.

The court actions had culminated in the issuance of conflicting orders on the same subject matter just as the leadership tussle of the Peoples Democratic Party (PDP) elicited multiple litigations that resulted in divergent court decisions.

Consequently, the Chief Justice of Nigeria (CJN), Justice Tanko Muhammad had consequently summoned Chief Judges of states; queries judges who granted conflicting orders and referred to the NJC to face probe for allegedly falling short of what was required of them.

During the virtual conference, Rhodes-Vivour frowned at the practice of filing court actions outside jurisdictions with the intention of obtaining injunctions favourable to them.

Rhodes-Vivour explained how a former Chief Justice of Nigeria, Justice Mohammed Uwais (rtd) responded to the resurgence of conflicting orders in the 1990s, which according to him, led to the removal of some judges.

He added that Uwais then set up the Justice Kayode Esho Panel “to sanction judges, who fell short of what is required of them. Quite a number of judges were removed from the indiscriminate grant of ex parte orders.

“After the report of the Esho Panel was presented to the government, the NJC continued recommending judges for removal and they were removed from offices for the indiscriminate grant of ex parte order, which invariably resulted in conflicting orders.

“This was the period when judges were heard to say the fear of NJC is the beginning of wisdom. Judges, who fall short of what is expected of them, especially those who grant ex parte order indiscriminately, were always reported to the NJC.”

Similarly, Rhodes-Vivour suggested that legal practitioners, who make it a practice to file suits outside jurisdictions or obtain ex parte orders knowingly that the similar order had already been obtained, should be sanctioned for infringing the rules of professional conduct.

He, also, attributed the resurgence of multiple court actions and consequent conflicting orders to the desperation of political actors, who were hell-bent to use the court to obtain injunctions favourable to them.

“A case in point is the recently concluded primaries in Anambra State. Primaries were held to enable political parties to select their candidates for gubernatorial election in November 2021. All manners of application were filed in courts. And ex parte injunctions were indiscriminately granted.”

He, therefore, urged heads of courts “to be aware of this trend and stop this annoying practice of assigning cases on the same subject matter to different judges, who very likely will render conflicting decisions, ending up making the judiciary a laughing stock.”

Rhodes-Vivour, specifically, urged the trial judges “to refrain from proceeding with any case when aware that a brother judge is handling a similar matter.

“After primaries are held by a party and results announced, there will always be disputes as to: first, who won the primaries. Second, who was not allowed to contest? Third, who did not contest, but won? Many actions were filed in court before different judges to resolve these questions.”

He noted that the resurgence of ex parte order would be a thing of the past if chief judges, who have the responsibility of assigning cases to judges, ensured that mere matters involving the same parties and the same claims are raised contemporaneously in two or more court should be heard in one of these courts

He said: “This also applies to a judge, who ought to be aware that a similar case filed before him is before another judge. He should send the case back to the chief judge for assignment to the judge to whom the chief judge first assigned the case.

“This approach, if adopted by the chief judges and judges, will stop or prevent the real possibility of conflicting decisions in respect of one and the same subject matter. Once again, issues involving the matter should be heard and decided in the same court,” he recommended.

He, however, listed six conditions under which ex parte orders injunctions should be granted

“It must be an exceptional case, which is serious and unjust. It should only last for a short time between five and seven days, and the judge should do well to state it. Unnecessary adjournment should not be granted to the beneficiaries of ex parte order.

“Finally, ex parte orders should be granted only after the writ of summons or originating processes have been issued. The only exception is if the circumstances of the case are very urgent,” Rhodes-Vivour noted.