Retired Chartered Accountant Called To Bar At 68, Says She Studied For Longer Hours To Catch Up With Younger Classmates

The funny side of it is, what actually inspired me was their uniform – that wig and gown. It’s a bit odd, but that was my attraction. As an accountant, our own is just to put on our corporate wear. It is nothing unique like what the lawyers put on. So, that was my initial attraction. But by the time I started the journey, I discovered that there were so many areas that inspired me again. 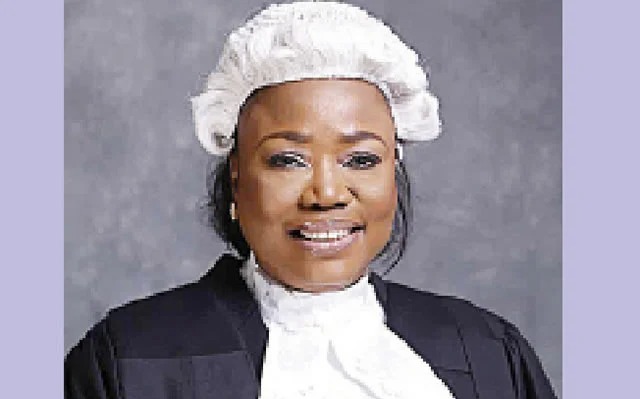 A 68-year-old grandmother and retired chartered accountant, Mrs Bose Ajayi, who was recently called to the Nigerian Bar, talks about her journey to the legal profession.

What inspired you to go back to study Law?

I qualified 37 years ago as a Chartered Accountant. In 2015, I decided to go back to school to study Law at the University of Hertfordshire, UK, and I had an LL.B with second class upper in 2019. I went to the Nigerian Law School as a foreign-trained student, so I went through Bar Part I, which all foreign students must go through to get familiar with the Nigerian legal system. So, I did it at the Abuja campus and fortunately, I passed again. Later, I was given admission to the Bar Part II programme, which is the regular programme for all, and I was posted to the Lagos campus. I am happy to inform you that I passed again despite the fact that so many people failed. I am married to my husband of 47 years and we have two girls who are doing very well in their professions. My husband retired as the Group Managing Director of UAC in 2007. He is Mr Joshua Ajayi. I am a grandmother. I have five grandchildren, the oldest of my grandchildren is 18 years now. She has just finished her A ‘levels in the UK and I am sure by September, she will be at the university.

The funny side of it is, what actually inspired me was their uniform – that wig and gown. It’s a bit odd, but that was my attraction. As an accountant, our own is just to put on our corporate wear. It is nothing unique like what the lawyers put on. So, that was my initial attraction. But by the time I started the journey, I discovered that there were so many areas that inspired me again. I am a member of the prison welfare unit in my church and I visit the prison with other members. I see how the prisoners are being treated. Then, I started thinking about it – that if I was able to qualify as a lawyer, I would really want to set up a pro bono chamber so I could render free services to some of these prisoners. When I was discussing with some of my lecturers abroad, they suggested that even the vulnerable in society could be assisted as well, especially in the developing countries where people rape and do all sorts of things, and you see husbands maltreating their wives and their wives would not be able to talk. They advised that if I would do it for free, there were areas that I could be of assistance to society. I became interested again and I have been thinking along that line. God willing, if I can afford it after the call to the Bar, these are the areas that interest me now. But initially, it was that wig and gown.

How were you able to combine school with family life?

I have a fantastic man as my husband. It is interesting and very difficult to believe that when I was in the UK, he followed me. Anytime he had a board meeting, he would come back to Nigeria, have his meeting and join me again. My grandchildren were already mature enough, except the youngest of them that my daughter had when I was already attending the program. But we juggled everything. They would come in anytime I came in for vacation, they would come in for sleepovers for about a week. My two children are based in Lagos. We live close to each other and see ourselves almost every day. Anytime I was in the country, it was very easy for us to socialise.

But for my own family – my husband and I, we were rarely apart during my program. He gave me 100 per cent support, which actually assisted me to do well in the programme. I would think: this man paid for my school fees in foreign exchange and decided to come and sit down with me. Do I really have an excuse not to do well? So, most times, out of the 24 hours, 16 hours would be for reading. It was a very difficult journey. But I thank God, at the end of the day, we have a success story to tell.

Wow! It was very tedious, especially for those of us who were at the Lagos campus. The lecturers, honestly, when you look at the devotion, the passion, the discipline that they brought into their work, it was commendable. One just has to work hard when one is at the Lagos campus because lectures would start at 9am and one had to be in class at 9am or the door would be shut. Also, one had to dress properly, in a white and black dress. If I didn’t dress properly, even as a 67-year-old then, lecturers would send me back to the hostel to go and dress properly. The lectures started at 9 am – with about 30 minutes for a break – and I was in class until about 4 pm. It was an average of 4 pm before the COVID-19. The group discussion started from 5pm to 7pm and attendance was compulsory. In fact, I thought I would chicken out because the pressure became too much for me.

That was my experience at Law School; it was a tedious journey. But as God would have it, we had the break due to COVID-19 and there were online lectures for everybody at all the six campuses. That actually eased the pressure until we resumed again and instead of 9am to 4pm, we were only taught for three hours.

Did you have any particular challenges as someone who went back to school in your 60s?

When the younger ones read for one hour, I had to put in about three hours, knowing full well that my brain is not as sharp as it used to be. When I had my professional examinations in accounting in those days, out of 40 or more of us in the class in our set then, I was the third person to qualify as a chartered accountant. So knowing well that I am now an old woman, I know my brain cannot be sharp as it was in the 80s. So, I had to put in an extra effort. It was a big challenge, I knew it and I overcame it. I knew exactly what I should do and I did it.

How would you compare your experience as an accountant to being a lawyer?

They are two parallel lines. As an accountant, I deal with figures, mainly with figures but in cases (as a lawyer), you deal with the theory of a situation where you look at the set rules for the country and you apply them. In fact, it was when we got to the accounting aspect at Law School that I realised that was what was elementary to me. Ninety per cent of the people didn’t know how to calculate. At Law School, when it comes to cash books, general ledger and journals, almost all the students were scared of that particular topic. And that is elementary accounting procedure and arithmetic to me. The legal system is parallel to what an accountant normally goes through.

How did you feel when you checked your result?

I couldn’t check it myself, that has always been the pattern. I just gave my examination number to my husband and he was the one to check. The story has always been the same: “This old genius has done it again.” I was telling everybody that the only thing I wanted was just a pass grade. Let me get a pass and move on since I was not going to begin any career anymore. I am a retiree, if I am going to use the legal knowledge I have earned, it’s just on a pro bono basis. I wasn’t expecting too much. By the time we looked at it, I saw that I made a 2.2. I wasn’t the one that saw it first; it was my husband. Almost everybody at Law School called me grandma. I had so many grandchildren at the school and I love them.

What advice do you have for those within your age grade who may be considering going back to school?

The fact is that whatever you have in mind to achieve, just go ahead. Be focused. There is no end to learning. When I was in the UK, one could see 70, 80-year-olds still taking part-time studies. In fact, my husband is studying for his PhD at the University of Lagos. Despite two doctorates from two universities, he still decided that he wanted to study for it. I tell my friends there is no limit and end to learning, even at 80 or 90. The only thing is that I would not advise anybody or any of my friends who are over 70 to study law. It is a very tedious journey, the Law School is very tedious.