The Nigeria Law School on July 29, 2021 called a number of new lawyers to the bar. This is nothing unusual; but what was unique was the call of Rasheedat Adeshina. 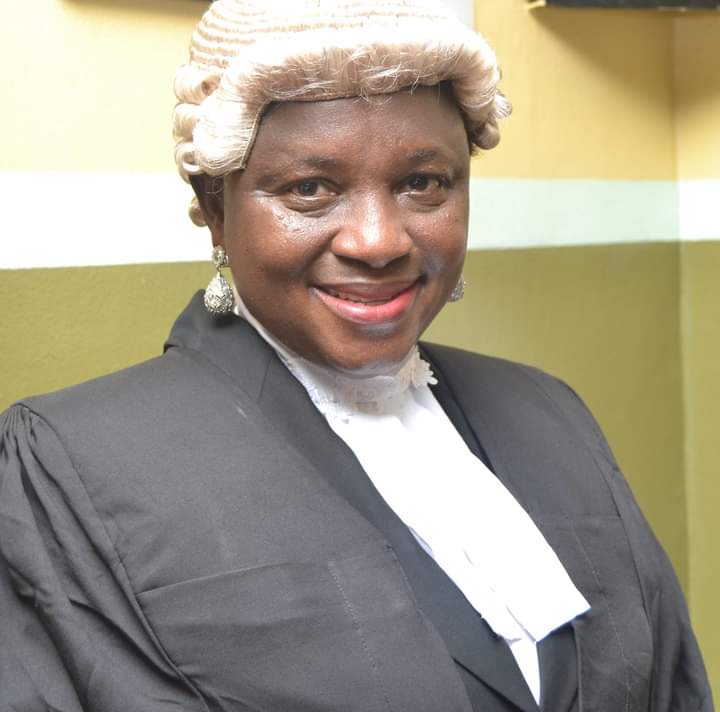 The Nigeria Law School on July 29, 2021 called a number of new lawyers to the bar. This is nothing unusual; but what was unique was the call of Rasheedat Adeshina.

Before returning to school to read law, she was already a sort of a veteran of the courts. In 1999, she had dragged to court an overbearing Vice Chancellor, Professor Shuaib Abdulraheem Oba and the University of Ilorin, UNILORIN, to compel them to let her sit for her examinations. Oba had taken on lecturers in the university and sacked 49 of them. So to him, the student, Rasheedat was but a small fly to squash. Oba might have reasoned: what is the use of taking examinations without results? But after the university refused to release her final results and certificate, she did not go grovelling, weeping or begging. Rather, she fought like a fearless Joan of Arc through the courts of the land. But unlike Joan who ‘gained battle in vain’ she won the gruelling battles and after 14 years in the courts, snatched victory from the university.

Rasheedat had gained admission into UNILORIN in 1995 to study Industrial Chemistry. She had joined the Campaign for Workers Rights and Youth Alternative, CWA, a radical organisation on campus which her friend, now, life partner, Kazeem Akinrinde, aka Comrade Kazy, had introduced to her. In 1997, she won elections as Assistant Secretary General of the UNILORIN Students Union.

The Oba regime had in 1998, banned the students union and then introduced an astronomical increase in school fees. The students with the assistance of the National Association of Nigerian Students, NANS, peacefully protested the increase. It was the hey days of the quite brutal Abacha military regime and Oba had no problem getting the regime’s support to use brutal force. Many students, including those from the Ladoke Akintola and Obafemi Awolowo universities that were sent by the NANS, were arrested and imprisoned at the Oke Kura Maximum Security Prison in Ilorin for 36 days.

Rasheedat was one of the students who escaped the clampdown. So, the regime declared her wanted and the national newspapers splashed this. She said of this period: “I could only imagine the trauma this had on my parents. I immediately went underground. As is always the case, suspension from school immediately followed.
I challenged this unjust suspension at the Federal High Court in Ilorin and I won. But the university authorities in their characteristic manner refused to abide by the court order; I had to go back to court to get a committal order (form 48 and 49) before I could be allowed to sit for exams. It was such a very difficult period; you will have exam the following day and won’t be sure you will be allowed: whether to read and not to merely waste your time. Whenever I had an exam, I would go into the exam hall with the court order. My final year examination in the year 2000 started and ended in this manner. Whenever anybody tried to stop me from writing exams, I would take out the court order and asked the person to sign that he/she was disobeying the court order.”

However, this turned out to be mere skirmishes before the main battles. When the university refused to release her result and certificate, she returned to the Federal High Court in 2004 and won the case the following year. But the university went to the Court of Appeal which in 2006, ruled in her favour. The Court stated that “…bias can be reasonably inferred from the intransigence of the appellant (UNILORIN)”. Again, the university appealed, this time to the Supreme Court, and the ultimate battle began.

In 2010, ten years after graduating and without a certificate, she decided to go back to school, this time, the University of Ibadan, UI. She said of her choice of course: “The only course of study that came to my mind then was law. This was not accidental, because I have been in and out of courts and law chambers throughout my stay in the University of Ilorin.”
But this came at a high cost. To switch from pure science to the arts, she had to write another General Certificate of Examination, GCE, examination in 2011, then JAMB and Post-UTME the following year before being admitted into UI in the 2013/14 session.

The university, for the Supreme Court battle, had assembled a formidable team of 10 lawyers led by Yusuf Alli, SAN, which claimed that Rasheedat could not be awarded the institution’s degree because she had outstanding courses she missed, and failed a compulsory one, ICH209. But the university could not produce the list or titles of the courses she allegedly missed nor evidence that she failed any examination or practical course. To worsen the university’s case before the apex court, Rasheedat produced its June 11, 2001 letter Ref No.VCO/131.S.I personally signed by Vice Chancellor Oba which stated that the institution was withholding her results because she challenged “ the competence of the University to discipline” her for “criminal offences”.

Justice Akaahs in reading the Supreme Court judgement said the university was merely engaged in “an unnecessary show of power” over Rasheedat. The court while dismissing the UNILORIN appeal, stated: “It is the practice the world over that where a student sits for an examination or completes a course he or she is entitled to know the outcome of that examination”. Following this judgement, the university had to release her results and certificate as well as pay damages.

Although new to the bar, Rasheedat already has experience in law having informally learnt at the feet of conscientious lawyers like Segun Sango Aderemi, John Olusola Baiyeshea, SAN, and Adeyinka Olumide-Fusika, SAN, of Citipoint Chambers who for a decade and half took up her various legal battles, pro bono.

Remarkably, Rasheedat, without failing any examination, got her first degree 19 years after admission into the university and was called to the bar, 26 years after first stepping foot on the soil of a Nigerian university. She remains unbowed, unconquered and ever-committed in the mould of outstanding women fighters in Nigeria like Nwanyeruwa Ojim, Funmilayo Ransome-Kuti, Gambo Sawaba and Margaret Ekpo.

For Rasheedat who got married in 2002 and has three sons, the struggle for the emancipation of Nigeria continues, and is certain of ultimate victory over the forces of darkness, backwardness and barbarism.