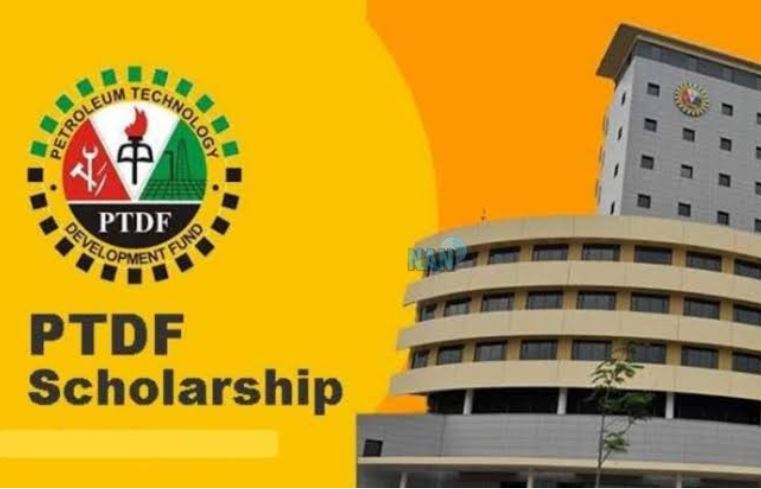 The Petroleum Technology Development Fund (PTDF), says more than 8,000 candidates have been shortlisted for interview for its Overseas Scholarship Scheme (OSS) for Masters and PhD award.

Alhaji Bello Mustapha, Head, Overseas Scholarship Scheme Division, PTDF made this known on Monday in Abuja at the opening of selection interview for shortlisted candidates for the 2022/2023 academic session.

The News Agency of Nigeria (NAN) reports that PTDF under its strategic direction provides scholarships to Masters and PhD degree applicants in partnership with universities in the United Kingdom, Germany, France, China and Malaysia.

PTDF sponsors students/awardees in all major disciplines related to oil and gas and energy industries, including engineering, geosciences, environmental studies, computing and management.

Mustapha said the selection interview was a continuation process which began on Dec. 20, 2021, through publications in some national newspapers inviting qualified Nigerians nationwide to apply.

Mustapha said under the 2022/2023 academic session, it advertised the scholarship and called for application and more than 26,000 people applied, while over 8,000 were selected for interview.

He said the PTDF OSS was an annual programme which began in 2000, aimed at providing Nigerian students with the intellectual foundation and skills needed to participate actively in Nigeria’s oil and gas industry.

“So, we are using Ibadan, Bauchi, Port Harcourt, Abuja and Kaduna while South East candidates are asked to choose any convenient centre from other zones.

“It will run for three weeks in Abuja, then two weeks in the other centres apart from Bauchi. Bauchi will run for one week because we do not have many candidates in the Bauchi centre,’’ he said.

He said the final selection would depend on its budgetary allocation.

According to Mustapha, the scholarship is running based on the availability of funds which determines the final selection.

Mustapha, while describing the interview as one of the criteria for the scholarship, said that at the end, the best performing candidates would be chosen as concessions would be given to candidates from oil producing states.

He said the fund had sponsored many Nigerians over the years and some of them had returned to the country and were contributing to the economy.

“Some of them are working in Shell, NNPC Ltd., we have a lot of scholars and panelists that have proven themselves, some are even in the universities and academic environment contributing optimally from what they have studied abroad.

“We have 18 universities that we have strategic partnerships with in the UK, and we have in Germany, Malaysia, France and China.

“We are not using China this year because of the COVID-19 pandemic issues.

“They are beginning with the September session,’’ he said.

Few of the candidates who spoke to NAN expressed joy for being shortlisted in the scholarship scheme, while expressing optimism for the final selection.

Nafisat Adamu said she graduated with B.Sc. Economics and Developmental Studies, but expressed the hope to read Energy, Oil Gas Economics in her masters’ degree if selected.

Another candidate who chose to remain anonymous expressed delight and promised to put whatever experience garnered outside into practice in Nigeria.

PTDF is saddled with the responsibility of building capacities, technological manpower in the oil and gas industry in line with the requirements of the mandate of the establishment.

The overseas scholarship scheme is one of the flagship programmes of the organisation.