Protecting The Girl-child – By ADEWALE KUPOLUYI 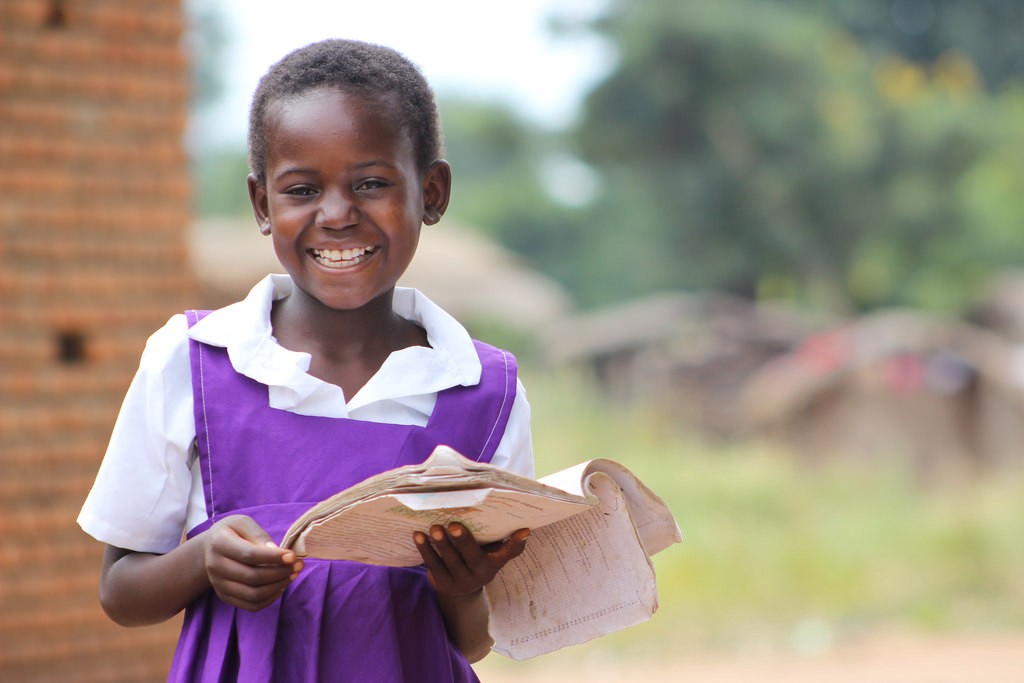 The girl-child has continued to be at the receiving end when it comes to discrimination in society, as this unfortunate development prevents her from attaining her full potentials in life.

This issue came into the spotlight on the International Day of the Girl-Child, themed “Digital Generation: Our Generation” at the live interactive programme, Boiling Point, aired on the Federal University of Agriculture, Abeokuta (FUNAAB), Ogun State radio station, FUNAAB Radio 89.5FM.

Prof. Kehinde said the adolescence age is the vulnerable stage in human development even though people try to sideline them. She agreed that a girl-child is prone to several vulnerabilities, which the opposite gender is not faced with and stressed the need to acknowledge the huge potentials of the adolescent girl-child.

Early marriage is considered as one of the main challenges facing the girl-child that makes a lot of girls be put into the labour market by becoming house girls and victims of forced prostitution, saying that girls in the rural areas are usually more prone to abuses than the ones in the urban areas.

Prof. Kehinde further disclosed that there are a lot of rural women, who believe that whenever their husbands have a second wife, they have to prove to their husbands, which causes unhealthy competing by promoting the raising up of children they are unable to care for, just to prove a point only to give birth to children that would become victims of rape, child molestation, prostitution, and HIV/AIDS.

The Don admitted that the girl-child has a lot to give society in terms of being caring and homely to their parents, siblings; and she made a case for proper awareness on why vulnerable girls should protect their rights. She, however, warned that the humiliation being meted out to the girl-child may not be completely eradicated because of compelling factors.

Towards this end, she called on the digital world to beam more searchlights on the plight of the girl-child even though social media have both positive and negative sides that she termed, double edge-sword. Prof. Kehinde admonished the girl-child to take advantage of the digital world to acquire online education in tandem with this year’s theme that is centered on digital technology. “No girl-child should stay at home, none should stay indoors, lamenting and be crying, for they can make their voices heard through social media. There is an app that focuses on the girl-child molestation in which the user can remain anonymous while the case can be taken up”, BLEI director added. To empower our girls, the discussant informed that there are many organisations already investing a lot of resources in Science, Technology, Engineering and Mathematics (STEM), urging girls to become part of this.

Not only that, parents should be ready to hear out their children, most especially the girls because they are tender, emotional and sensitive, who always crave love and would not mind seeking such from anywhere they could find it, but that if the parents are there to provide the needed care, the girls would build easily confidence in their parents.

Prof. Kehinde highlighted the crucial role played by teachers because many young people believe in their parents even more than their parents, urging the teachers to take advantage of this to teach them good morals and their rights under the law.

For Mrs. Oviutu Adeleke, the girl-child plays multiple roles in society, saying “When we are looking at the African culture, we realise that there are a lot of things imposed on the girl-child when compared with the boy-child simply because that is the way our cultures put it. We are agitating that if truly the girl-child is educated, the family is safe because such a child would see herself as someone that ought to keep the family together and would look at herself and the issue of inequality would not be there again. At times, girls make some sacrifices for boys in the family, but the boys do not see it that way, they rather see it as their right. That is why there is the need for awareness that the girls should see themselves as equal to their peers all over the world and parents too should not look down on their children”. Mrs. Adeleke suggested that parents should give both the boy and the girl equal opportunities while girls should have confidence in themselves and take their education seriously.

In addition, the CPN General Secretary called on the government to make life easy for the citizenry by putting in place policies that discourage massive migration to the urban areas, maintaining that our mindset has to be changed by according more respect to the girl-child. She further cautioned parents to desist from looking for money at all costs at the detriment of their children and family. More importantly, Mrs. Adeleke enjoined parents to adopt the right approach in the course of correcting their children.

“For instance, everything is not about beating. They should show more love so that our children can confide in their parents by serving as the first point of contact”, she stated. The attorney, Mr. Clement Obasanya stressed the importance of re-orientation such that the girl-child would not be made to play the role of second fiddle while making reference to the provisions of the 1999 Nigerian Constitution, which disallows any form of discrimination or segregation, insisting that a girl-child is as important as the boy-child. The lawyer drew attention to the Child’s Right Act, 2003 that also guards the girl-child against discrimination.

Another issue encouraging gender discrimination is a conflict of the laws. Citing some examples, Mr. Obasanya alluded that in North Nigeria, they are following the customary law that allows the girl-child to be married off at an early age, noting that most of the states practice Sharia law, which is constitutionally recognised and that Section 38, which provides for the freedom of thought, conscience, and religion, runs contrary to the provisions of Section 10 that talks about the state not adopting any religion as the state religion.

In the same vein, he added that in some communities across the country, women are still not permitted to own properties, which is against the spirit and letters of the constitution. “How many people are aware of the existence of the Child’s Right Act? Hence, there is the need for more enlightenment for the people to know their rights under the law. In our communities these days, how many people get married legally? They are not aware of the provisions of the Marriage Act. What we have today is many void marriages within the community”, the lawyer said. On what to do, he solicited for proper education and meting out of appropriate sanctions and punishments to offenders that violate the rights of the girl-child, the judicial system should ensure that citizens have faith in the system while there should be proper education at the primary school level for the child-girl to be adequately equipped early in life.

In conclusion, the experienced discussants agreed that despite the immense potentials embedded in the girl-child, she faces a lot of challenges from within and outside the family setting; and that to completely eradicate the challenges militating against her, a number of factors must be addressed. These include the need for parents to focus on the adolescence stage in human development, prevention of early marriages, curbing unhealthy rivalry among women that use pregnancy to prove their fertility when they are not ready to carry the burden of child-bearing, creation of more awareness on why the girl-child should defend their rights, deployment of social media and digital platforms to empower the girl-child, need for parents to stop showing a preference for the boy-child, teachers should serve as loco parentis to the girl-child, the government make appropriate policies that discourage migration from the rural to urban areas, resolving the confusion arising from conflict of the laws while judicial administration must make the citizen have faith in the Nigerian legal system towards protecting the girl-child.