Plea Bargain In A Murder Case? By Segun Awosanya

To the bereaved family who may be nearing closure with the sentence, the plea bargain in a capital murder case makes mockery of death and the act of wanton murder. Justice must be seen to be served and must be served in any humane society. 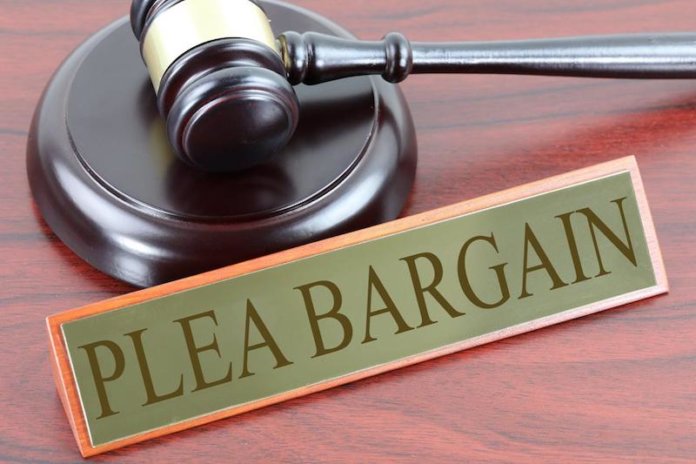 On 2nd May 2019, two years after the successful launch of the #EndSARS #ReformPoliceNG Advocacy by Social Intervention Advocacy Foundation (SIAF), being the first leg of the campaign for the holistic reform of the Criminal Justice System in Nigeria, I was contacted by Mrs Modupe Oyedepo on the case of her late sister, Mrs Feyisayo Obot who was killed in her hotel room in Ikeja, Lagos.

Obot, a mother of two married to a very supportive man, arrived Lagos from Abuja on 23rd January, 2019 to sit for her Project Management exams. She checked into Citiheights Hotel on Opebi, Lagos. Until her death she worked in the Abuja Office of Save the Children, an NGO as the national administration manager. She was billed to check out on 26th January 2019 and fly back to Abuja.

Following Police investigation the family gathered that the murder suspect arrived the hotel and checked in as a guest a few hours after late Feyisayo checked-in. It was also gathered that the suspect confessed to have committed the crime having no prior encounter or knowledge of the Mrs Feyisayo Obot until the day he attacked her and that he was motivated to rob the deceased to enable him offset his hotel bill, having spent two days above the one day he paid for.

As often done with public affairs matters that require investigation and prosecution, we assisted the family in navigating the issue with the support of one of our collaborating legal partners Citizens Gavel (Sylvester Agih Esq), who has been representing the family in the prosecution of the matter in court till date. The representation or the family of the deceased were never notified of any plea bargain on this matter until the publication.

It will be utterly irresponsible for anyone with a pulse to watch the trajectory of our society and be proud to say this is what our children deserve as a legacy. Imagine the continuous ruin of the value system, loss of identity and the reinforcement of harmful cultural practices.

I read the report on the case in point at the Ikeja Special Offenses Court, where the 23-year- old Chef (murder suspect) was (convicted and) given a 28-year imprisonment sentence for killing a lawyer in an hotel in Opebi, Lagos. What caught my attention was the plea bargain entered into by defense as captioned in the report, “The Prosecution was still presenting witnesses in the case when Usulor proposed a plea bargain agreement.”

Again, Lagos MUST be commended with the way they have raised the bar with the state’s jurisprudence and administration of criminal justice. Plea bargain has been identified as one of the accepted modes of disposing criminal cases thus reducing delays while decongesting dockets.

With the understanding of what works in criminal cases outside capital murders, I’m forced to ruminate, empathize and see from the perspective of the family of victims of murderers seeking plea bargain. It is also instructive to see the equitable use of this in sane climes.

By definition, plea-bargaining is a process which occurs in relation to criminal offences whereby the offender agrees to plead guilty to a lesser charge thus dispensing with the need to go through the whole trial process to prove their guilt. It is used mostly in fraud cases (in Nigeria), where the defendant admits to the crime and agrees to pay back instead of costly protracted litigations. The plea bargain in this case becomes a transaction that benefits the state (in reduction of prosecution time) and the victims by the guarantee of the repayment of their money in exchange for a reduction of prison time for the defendant.

Globally, plea bargain is offered to avoid a difficult defendant and ease cooperation, dealing for information and dealing to protect the victim’s family from re-living the traumatic experience during prosecution.

I need not stress the cost implication of any protracted criminal prosecution on the state and in cases of a difficult defense, plea bargain can be used to ease the prosecution and save cost/time. But is this case that difficult to prove? Is the defense difficult?

There are many global instances where there is need to exchange vital information for plea bargain where the case may require intel on capturing other conspirators on an ongoing investigation in order to save lives but is that the case here? Are we protecting the victim’s family?

To the bereaved family who may be nearing closure with the sentence, the plea bargain in a capital murder case makes mockery of death and the act of wanton murder. Justice must be seen to be served and must be served in any humane society.

I strongly agree also that the complexity of our society imposes on our justice system the need to focus on healing and not merely punishment and deterrent. But given the spate of decadence with some of our youth murdering their way to the promise of instant diabolical wealth, do we cap that morbid lust with an anchor of plea bargain in capital murder cases where the facts are clear?

The opinion of the victim’s family must count in these processes and I commend the Lagos Ministry of Justice for their upcoming stakeholders meeting on plea bargain.