Peter Obi Is Not Running For President By Fredrick Nwabufo 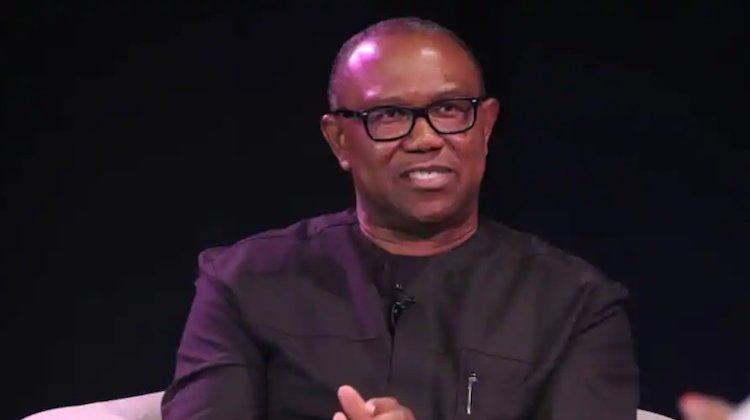 Peter Obi’s presidential bid is a freak of politics; an idea contrived for performance and political quota. His bid is perhaps only relevant for regional affirmation and for intimation of anger by a section of the youth.

In 2019, Peter Obi lobbied to be the running mate of Atiku Abubakar, presidential candidate of the Peoples Democratic Party (PDP). Although Atiku preferred choosing a running mate from other zones in the South, the wave of agitations at the time worked in Obi’s favour.

It was reasoned that Obi being from the South-east where the agitation for secession was at its apogee at the time, a bloc vote was guaranteed for Atiku. Peter Obi becoming the running mate of Atiku in 2019 was an afterthought of political contrivances.

In the build-up to the PDP presidential primary election in 2022, it was clear Atiku would be picked as the standard bearer of the party. It was also certain that Peter Obi would not be the vice-presidential candidate of the PDP. He had run out of utility as a political pawn.

Atiku, knowing that his candidature goes against the sacerdotal principle of zoning, and coupled with the simmering opposition by Nyesom Wike, governor of Rivers, picked Ifeanyi Okowa, governor of Delta State, as his running mate.

Prior to the PDP primaries, some South-east leaders, who presumably were lobbying on behalf of Peter Obi, had asked that he be selected as the vice-presidential candidate. But Atiku did not see any strong political point or value in picking Peter Obi again. He had chosen him in 2019 but lost the election.

Some Northern leaders in the PDP were also uncomfortable with Peter Obi as vice-presidential candidate, for what they perceive to be his strong ethnic leaning. The thinking was that the Northern electorate will not be welcoming of his candidature.

As such, Atiku wanted someone who could appeal to the voting public in the North and in the South. In his estimation, Okowa fits the bill. Okowa was the preferred of PDP leaders from the North. Former President Goodluck Jonathan lobbied for the governor of Delta State vigorously as well.

It was obvious to Peter Obi that he had been consigned to irrelevance in the PDP. Disgruntled and egged on by associates, he left the PDP for the Labour Party (LP). Peter Obi’s presidential bid was then born.

Obi’s bid was not out of compulsion to fix Nigeria or to make any change to the country; it was a just response to the scheming in the PDP. He was schemed out of the loop by a party notable for treachery. Peter Obi never planned, designed, or imagined running for president. His presidential bid is a hoax and a ploy to get back at those in the PDP who declared him a political liability.

Running for president takes intention; it takes years of planning; building a network of people and structures. It is not a happenstance or what you decide on in protest against the scheming in your party. The LP presidential campaign council list, for example, shows a vacancy of spread and preparation.

It is the reason the argument on equity as regards power shift to the South-east is untenable. There was no prior preparation to this moment. Bridges were broken by vicious ethnic propaganda and the groundwork for zonal and regional socio-political intercourse was absent.

It is farcical to seek to cosmetically forge alliances when the game is already on. An attempt at that will be dismissed as deceptive.

Peter Obi is not running for president to win; he only wants to make a trenchant statement, and perhaps build a following to secure political valueship. If he was really running to win, he would show some seriousness.

There is no gravitas on the part of Peter Obi. If there was, where is his manifesto? Where is his plan for Nigeria beyond adlib figures and unseasoned ideas?

Peter Obi was asked how he would address insecurity if he became president in an interview on Arise TV on Monday, his response was destitute of meaning and revealed deep intellectual chasm.

He said: “Even with a gun on my head; I can’t give you details of what I’m going to do in the issue of insecurity but I’m going to be commander-in-chief, I will deal with it decisively. I can’t tell you how I am going to deal with it because if I tell you, then it won’t work.”

The point is any candidate who fails to present a plan or manifesto, has no plan, and did not plan to have a plan but only riding on the tide of anger, noise, and passion.

Fredrick Nwabufo, a.k.a Mr OneNigeria, is a writer and journalist.