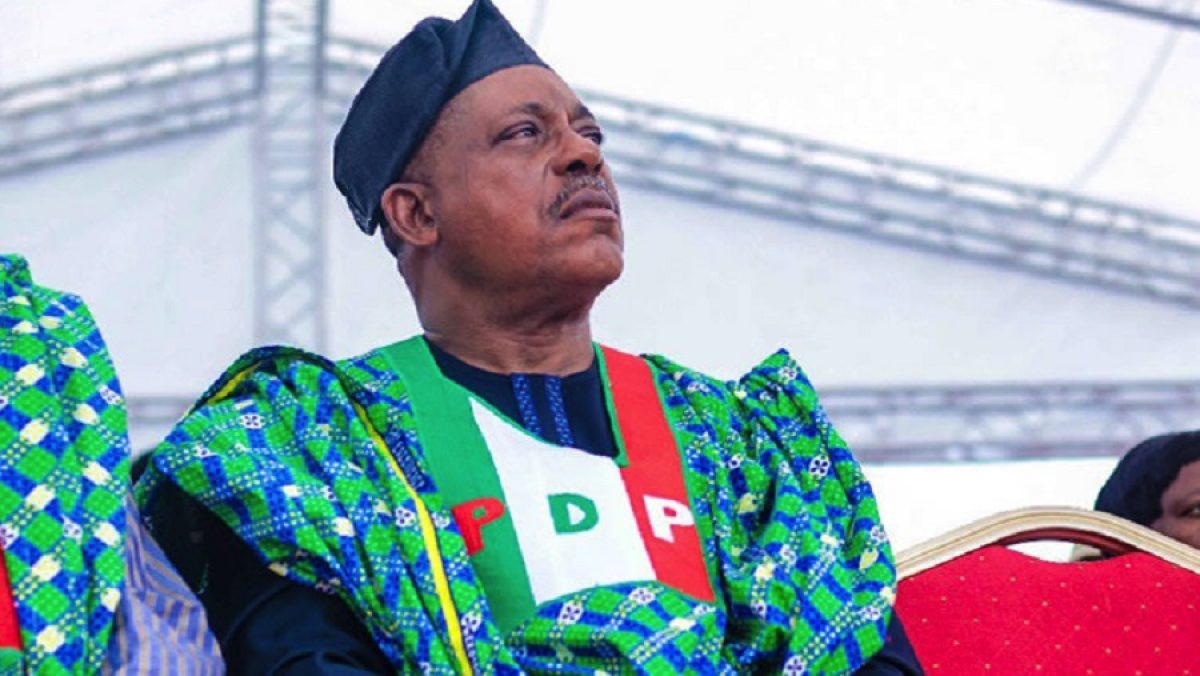 The court which insisted that the suspension stands, also granted an order of perpetual injunction restraining Secondus from parading as the National Chairman of PDP.

Earlier in his argument, counsel for the 1st defendant (Secondus), Godfrey Uwalaka, made an oral application and informed the court that an appeal had been entered into by the defendant, thereby trying to stall the ruling as fixed for yesterday.

But the counsel for the claimants, Nwosuegbe Eze, urged the court to discountenance the purported appeal, noting that there was no motion before the court for stay of execution and no motion to stop the ruling of the court.

In his ruling, Justice Gbasam dismissed the 1st defendant counsel’s application for lack of merit, saying that there was not enough reason to halt the judgement earlier fixed for yesterday.

Gbasam, having reviewed the submissions of the both counsels stated that the court had not seen any ground to rule against its earlier judgement delivered on August 23, 2021.

On the jurisdiction of the court to entertain the matter, Gbasam declared that applications challenging the court’s right to hear the matter, lacked merit.

Justice Gbasam said it had been noticed that parties (counsels), who have bad cases and could not prove their cases have always used the issue of fair hearing to bamboozle the court.

The court stated that Secondus was suspended by his ward in Ikuru Town, in Andoni Local Government Area, for anti-party activities.

He explained that by virtue of the suspension, Secondus has lost the right to act as national chairman of the party and any function carried out by him under suspension is invalid.

“I hereby hold that the court has jurisdiction to hear the suit. I hold, therefore, that his suspension and having been acknowledged by the party in the state, is valid. He shall not act as national chairman. His suspension still subsists.”

The judgement which commenced at about 10a.m. lasted for about three hours.

Speaking with journalists immediately after the judgment at the court premises, counsel for the claimants, Eze, said they were prepared to face the defendants at the Court of Appeal.

He said: “The PDP members’ (plaintiffs) reason for the suspension is because they were not satisfied with the way the chairman was handling the affairs of PDP at the national level, because there were a lot of internal wranglings, divisions and people were leaving the party.

“They felt that his remaining as the chairman has caused grave harm and havoc to the party. That is why they (plaintiffs) took this action. And the court, this morning, confirmed it.”

Uwalaka, counsel for the 1st defendant (Secondus) said that he had expected the judge to suspend the ruling, having informed the court that an appeal had been entered at the Court of Appeal.

He noted that all the reliefs sought after by the plaintiffs (claimants) were admitted, saying that he would approach his client for the next line of action.

On his part, counsel for PDP, Odey, stressed that the court did not give them enough time to respond to the issues contained in an affidavit, adding that their right of fair hearing was infringed upon.