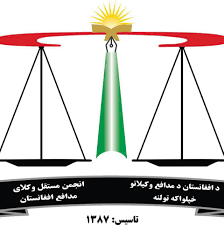 The Taliban takeover of Afghanistan’s Independent Bar Association (AIBA) has attracted strong condemnation from the global legal profession. According to the association’s exiled president, Rohullah Qarizada, on 23 November ’50 armed Taliban’ stormed a meeting of AIBA officials in their office in Kabul.

Meanwhile a Taliban cabinet directive has stripped the AIBA of powers to license lawyers and required licence holders to re-apply to the Ministry of Justice. The government has taken over the association’s bar account and now has access to the personnel and professional records of 2,500 lawyers, as well as AIBA staff members and committee members.

In a letter to the secretary general of the United Nations, the International Bar Association said today that the move ‘has completely compromised the independence of the legal profession in Afghanistan’.

The AIBA was established as an independent organisation in 2008.

The IBA’s letter requests that the UN add its voice to a public statement denouncing the violation of the legal profession’s independence. It says that the ramifications of the takeover for the rule of law, the administration of justice and the further contraction of the rights of women and girls ‘cannot be overestimated’.

NEWER POSTAlice Sebold, US Author Who Put Black Man In Jail For 16 Years Apologises After Overturn Of His Conviction
OLDER POSTPolice Nab Lagos Pastor For Kidnapping Catholic Priest In Imo