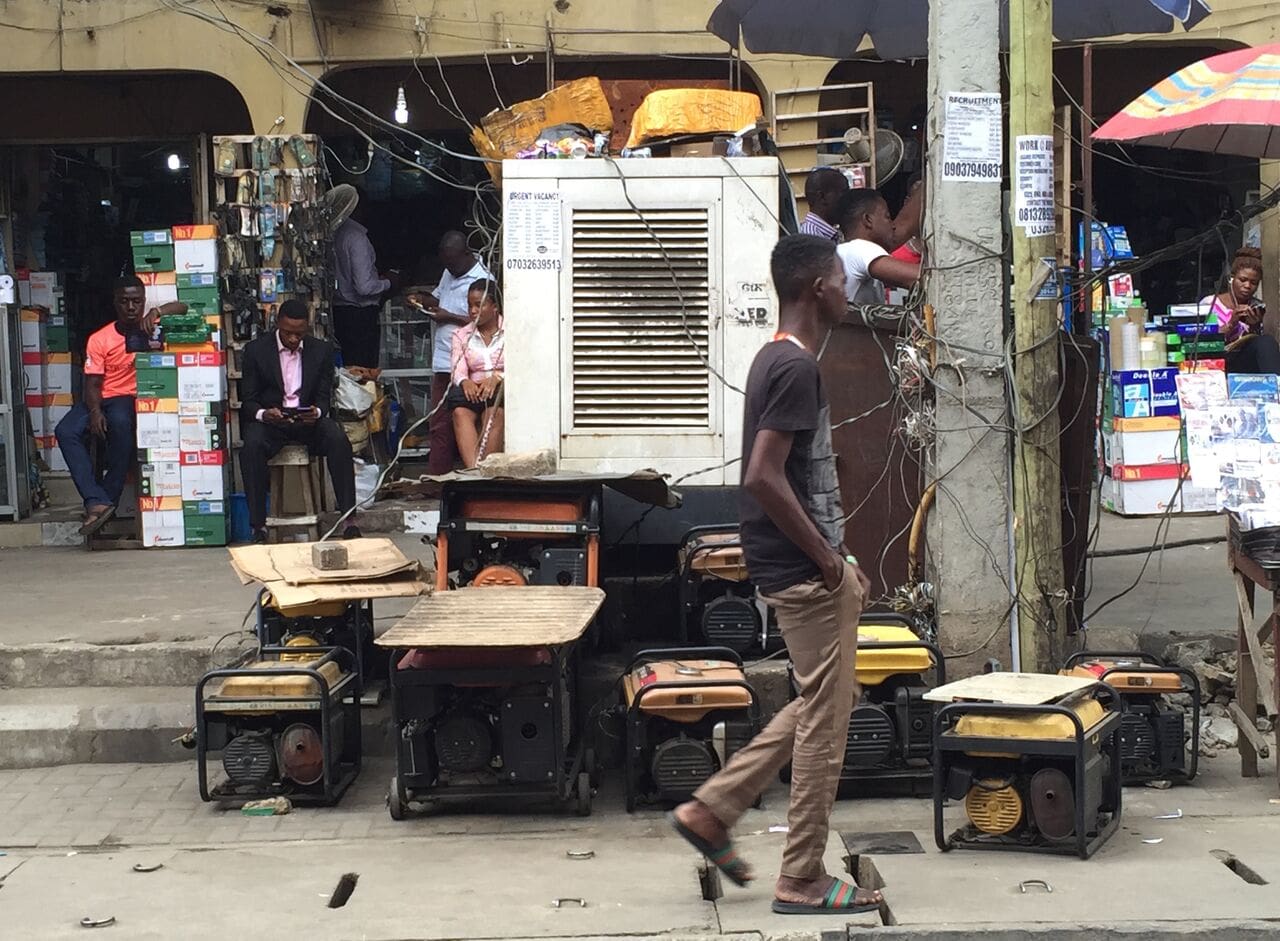 Some officials of AMAC believed to have been contracted by the FCTA, have been seen in some parts of the city distributing payment notices to several organizations including DAILY POST.

According to the notice signed by the Director Public Health, HoD Environment of AMAC, Ahmed Haruna, the Management of Abuja Municipal Area Council Environmental Services (ESD) Bodies, said industries, warehouses, Banks are to pay annual fee for using generator due to the discharge of harmful hazardous substance.

The notice reads, “Management of Abuja Municipal Area Council Environmental Services (ESD) Bodies, wishes to notify you of levy/fees due to Abuja Municipal Area Council for Gaseous Emission Permit Limit. This includes discharge of harmful hazardous substance into the air or the land and the water in Nigeria by the activities of industries, warehouse, Bank, either from generator or heavy duty, drilling, production, construction and manufacturing equipments, filling station, ETC.

“This is in line with the provision of section (2C) of the forth schedule to the Constitution of the Federal Republic of Nigeria as amended under the function of the Local Government Authority and Federal Environmental Protection Agency Act (FEPA) Section 25 which established the Local Council Authority to, regulate, enforce and collection of levies for the interest of public health importance (welfare) section 18, 20, 21, 26and 27 and other relevant laws National Environmental Health Practice Regulation 2016 which confers on the council the power to regulate, inspect, control and collection of levies.

It also threatened to punished and cripple organizations that violate the order.

“Also note that failure to comply with this forgoing regulation is punishable offence and we will seize the activities of the organization and arrest as prescribe in part iV Section 27 Subsection 1 abcd and (2) of FEPA ACT 1992”.

But when DAILY POST engaged the officers distributing the notices on what the FCTA administration had put in place to safeguard lives in Abuja from it termed hazardous substance, they were unable to explain.

When contacted, an admin of the AMAC who identified herself as Peace, said the program was approved by the Federal Government.

She said, “is a levy approved by the Federal Government that who ever is running business in Abuja should pay. And it is to be paid annually”.

She, however, declined further comments when asked to give details of the payment.

Meanwhile, many residents of the FCT are worried that the city’s administration may cripple businesses trying to survive amid the current economic reality with its numerous taxes.

In a week, small businesses in Abuja had received at least 4 to 5 payment notices from AMAC. But residents have observed that the administration has put nothing in place to justify the numerous taxes imposed on businesses and individuals.

They expressed concern that an administration collecting tax for emission from generator should have made access to medical facilities easy, lamenting that medical bills in Abuja hospitals remain very high across all hospitals.

Some of them cautioned the FCTA to stop stifling businesses in Abuja with taxes when development remains stagnant. “How can you tax us for emission but cannot provide an alternative energy source? This is draconia,” a business owner told DAILY POST in Utako.

A manager of a popular company in Apo, Abuja who preferred not to be mentioned in print, told DAILY that the development is conceivable. He described the notice as a move by the government to cripple businesses in Abuja.

He lamented why a government would initiate such a policy amid the current hardship ravaging the entire country.

“One question I have been asking is, why do business owners use generators? Is it not because the government failed to provide electricity for us? Then after failing to do your job, I chose to help myself with generator to power my firm with a huge expenses and you are now coming back to ask me to pay for that? That is not normal.

“This is just a way of extorting money from poor residents. They are talking about health, do they even care about the healthcare system? What have they put in place regarding healthcare? What are they going to achieve with the money now regarding the health issues they are claiming? Nothing.

“Businesses are currently struggling. Some have even closed down due to the horrible effect of COVID-19 lockdown in 2020 and a government is going about extorting money from business as small as mine. This is an evil agenda.

When asked if his organization is preparing to pay the levy, he simply said, “We don’t have money for that, I’m sorry.”

Managing Director of a popular industry in Abuja, Dr Obi Ugochukwu said despite all taxes imposed on residents, there are no visible projects in the territory.

“There are relatively no social amenities in the city. We survive on our own. Sometimes, I wonder what they are actually using the money for.

“If you drive through most parts of the city, you will find out that even the street lights are not working. The satellite towns do no even have it at all. So where is the money channeled to?

“We have bad roads in Abuja here. Go to places like Bwari Area Council and see. How would businesses move when people find it difficult to convey their products and products to where they can be marketed?

“Yes, you are taxing people on generator emission, but you must have put things in place first. How many public health facilities can you point to particularly in the satellite towns where most of the business owners live? Even in the city centre, how affordable are hospitals?

“No single thing is subsidized in the city as a result of the taxes being collected by the administration. This is a capital city where you can not afford hospital bill for your wards” he said.

DAILY POST recalls that the FCT Minister of State, Dr Ramatu Aliyu, a few days ago, disclosed that the FCT administration spent about N8 billion annually on waste management in the Federal Capital City (FCC) and the satellite towns.

The Minister, in a statement on Sunday claimed that the Abuja Environmental Protection Board (AEPB) spent an average of N6 billion, while the Satellite Towns Development Department (STDD) expended N2 billion on waste management annually.

But a respondent who owns a business in Wuse but resides in one of the satellite towns, told our correspondent that his community contributes money monthly for waste management.

He also stated that no government in any part of the world would tax residents without giving them the benefit of those taxes.

“We pay a minimum of N3,000 monthly to those who come to pick waste from our community for recycling. They usually come with their vehicles and we pay them for the services. This is something the government should have used to generate power. The waste itself can be converted to another source of energy but would they think in that direction?

“The government can not focus on the main city and abandon the satellite towns where some of these entrepreneurs reside. You abandoned them in the satellite town and when they come to the city to do their businesses, you cripple them with unnecessary taxation. How would they survive?

He described the development as an obnoxious policy by the FCTA. He expressed surprise that the administration is implementing such a policy under the watch of the FCT Minister, Mohammed Musa Bello, a young politician who is still aspiring for other leadership positions.