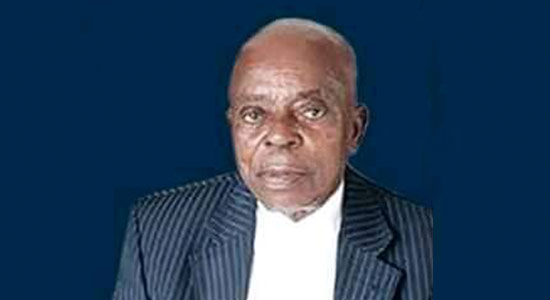 An 80-year-old lawyer in Akwa Ibom State, Umoekeyo Abasiene Uno, says the beauty of debating endeared him to the law profession.

Uno who clocked 80 years old on December 21, 2021, and 45 years in the practice of law in Nigeria, says he will continue to practice law as long as his strength allows him.

The legal luminary who stated this while speaking with news correspondent,  promised to continue to give his best to the profession as long as he lives.

“So long as I still have the strength, I will still be going to court,” he said adding that he has used a greater part of his practice for advocating for women’s rights.

On why he is yet to be appointed the position of a Senior Advocate of Nigeria while many of the younger lawyers have been elevated to the position, Uno said the title of SAN has been politicised in Nigeria, adding that he no longer applies for it.

“I lost interest in pursuing the SAN thing. Since then, I don’t think I had applied again. The actual thing is that a man doesn’t have to become a good lawyer because he’s a Senior Advocate of Nigeria, and merely being a good lawyer cannot give you that position.

“As I told some journalists last year, a Senior Advocate would simply recommend junior lawyers from their firm. I lot of people can confirm what I’m saying. It is a sad situation here in Nigeria,” he stated.