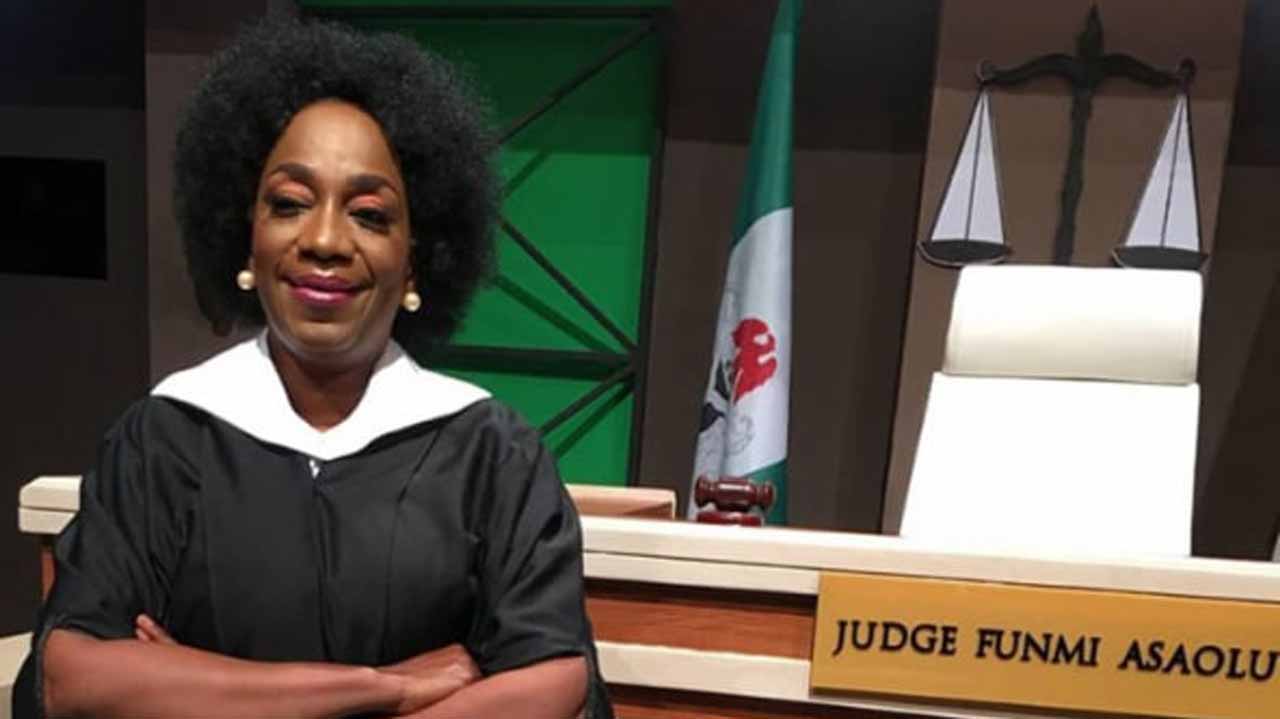 The presiding judge of Justice Court reality TV show, Justice Funmi Asaolu, has revealed that nobody pays to appear on the programme.

Asaolu made the revelation while addressing the press at the re-launch of Justice Court in Lagos recently.

An initiative of Victor Aluko, who is also the executive producer, Justice Court is an Alternative Dispute Resolution (ADR) forum. He further explains: “Justice Court is a vehicle to guide and take the pain away from people who are wrongfully treated. The programme is packaged in form of entertainment to help settle some of societal pressing problems.”

A production of Avonix Media, Justice Court is currently running on multiple terrestrial and cable channels including DStv, GOtv, NTA2, TVV, PlusTV and StarTimes. However, since it debuted two years ago, Justice Court has enjoyed the support of a lone sponsor, Pazino Homes & Gardens, hence the need for its re-launch, which is aimed at re-inventing the programme in the public eyes.

Speaking at the event, Justice Asaolu said, “We’ve been receiving feedback from people both within the country and in the Diaspora for the role we are playing to solve their problems. And nobody pays a dime to appear at the Justice Court or help their cases treated on the programme.”

Talking about his experience on the show, programme director, Taiwo Aliu said, “We don’t treat Justice Court like a normal entertainment programme because of the legal issues involved. Also references could be made to our recordings, hence we make everything real with minimal editing.”

On his part, the production firm’s Director of Corporate Affairs, Prince Olu Akinlabi, the essence of the re-launch is to let potential sponsors know that Justice Court is not a Non Governmental Organisation, hence the need to support the programme through advertisement and sponsorship.