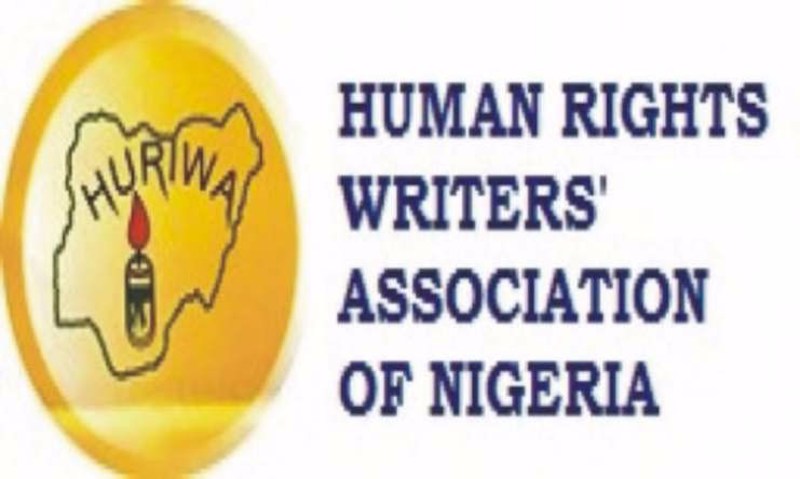 The Human Rights Writers Association of Nigeria, HURIWA, on Thursday, accused the hierarchy of the nation’s Federal High Court of surrendering her independence to the executive arm of government.

HURIWA also condemned the Department of the State Service, DSS, for denying a former governor of Anambra State, Chukwuemeka Ezeife, access to the Federal High Court in Abuja, venue of today’s re-arraignment of the leader of the proscribed Indigenous People of Biafra, IPOB, Nnamdi Kanu.

The Rights Writers said this while reacting to the decision of Justice Binta Nyako of the Federal High Court in Abuja to refuse to give approval for media coverage of the trial of Kanu in the terrorism charges against him.

Justice Nyako was said to have stood her ground not to allow newsmen into her courtroom on Thursday on the ground that the list of media men was not submitted to her for scrutiny.

Reacting to the development, HURIWA, in a statement signed by Comrade Emmanuel Onwubiko, the National Coordinator of the rights body, said, “The failure of the hierarchy of the nation’s Federal High Court to defend her independence from the stranglehold of the Executive arm of government represented by the Department of State Services (DSS) that has kept barring Journalists, stakeholders and Human Rights activists from accessing the courtroom for the trial of detained leader of the proscribed Indigenous Peoples of Biafra (Ipob) Mazi Nnamdi Kanu, is a disastrous message to the world that the judiciary in Nigeria is in chains and is being controlled by the presidency.

This position was expressed by the prominent Civil society and pro-democracy group- HUMAN RIGHTS WRITERS ASSOCIATION OF NIGERIA (HURIWA) which carpeted the Chief Judge of the Federal High Court justice John T. Tsoho for abdication his authority and thereby allowing the operatives of the Department of State Services to dictate who should have access to the publicly funded Federal High Court Complex which contravenes the CONSTITUTIONAL PRINCIPLE OF SEPARATION OF POWERS as encapsulated in sections 4, 5 and 6 of the 1999 Constitution of the Federal Republic of Nigeria as amended.

Besides, the HUMAN RIGHTS WRITERS ASSOCIATION OF NIGERIA (HURIWA) said the denial of access to the Courtroom of the respected Igbo leader and former governor of Anambra State, His Excellency Chief Chukwuemeka Ezeife shows the lack of equity in the administration of the Daura Katsina State born President Muhammadu Buhari and his entire internal security team headed by Northern Muslims with little or no respect for traditional, societal, prominent leaders of other Ethnicities such as the Igbo speaking Ethnicity because if the person of Chukwuemeka Ezeife was one of the prominent Northern Fulani leaders, the Department of State Services won’t subject him to the public opium of letting him sit on the bare floor outside of the Courtroom of the Federal High Court even when it is a notorious knowledge that he was nominated officially by the Igbo Ethnicity to stand in for the race to witness and observe the prosecution of one of the respected sons of Igboland- Mazi Nnamdi Kanu.

HURIWA protested the ugly scenario whereby access to the courtrooms built by the contributions and resources of taxpayers is now out temporarily under the control of the executive arm of government under President Muhammadu Buhari, which is the plaintiff in the same matter of Mazi Nnamdi Kanu and the government of Muhammadu Buhari just as the Rights group said this singular act of cowardice on the part of the Nigerian judiciary which ceded the authority to let Nigerians have access to the Courtroom to the control of the Department of State Services headed by a Northern Muslim has opened the judicial process to critical doubts regarding the independence and objectivity of the process before the Federal High Court just as the Rights group has asked the Chief Judge to take back the control of the Court Complex.

HURIWA lamented that the hierarchy of the Federal High Court out of fear refused to accredit representatives of the HUMAN RIGHTS WRITERS ASSOCIATION OF NIGERIA to observe the judicial trial of the detained leader of the proscribed Indigenous Peoples of Biafra (IPOB) just as the Rights group accused the chief judge of the Federal High Court of failing to even reply to the written request it sent to his office over two weeks back. HURIWA recalled that in its application titled: “REQUEST TO MONITOR LEGAL PROCEEDING ON MAZI NNAMDI KANU

“HURIWA has, therefore, advocated the take over of control of the Federal High Court Complex Abuja from the stranglehold of the operatives of Department of State Services by the hierarchy of the Nigerian Court system, or it will drag the CJ of Federal High Court to the National Judicial Council for ceding independence of the Federal High Court to the Department of State Services which is unlawful and unconstitutional. “The DSS is under the control and command of the President. The President is behind the ordeals of Nnamdi Kanu and if there will be justice or semblance of justice, the least physical evidence of it is the guarantee that the facilities of the Nigerian courts are controlled by staff of the Federal High Court who are judicial staff under the Judicial arm of government and not the same arm of government that has brought a citizen to court under some charges.”