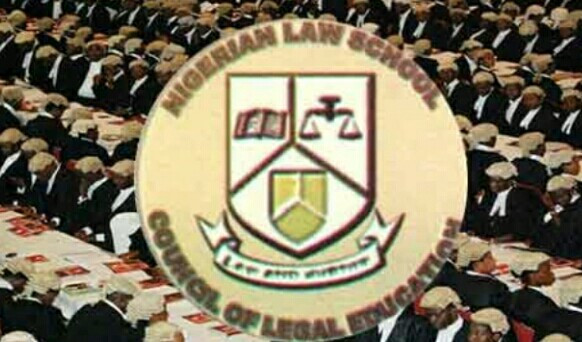 High Points of the Memorandum by the Council of Legal Education (Nigerian Law School)
This memorandum is presented in response to the Notice of Public Hearing with Ref No. NASS/S/CJHL/024/01/PH.6/2021/04 dated 27th October, 2021, requesting for comments from the relevant stakeholders and the general public, with respect to three Bills that have passed second reading at the Plenary of the Senate of Federal Republic of Nigeria.

On the Need to Alleviate the 30% failure rate at the Bar Final Examinations
Creating more campuses, does not address the failure rate. At any rate, consistently attaining a 70% pass rate at the Bar Final examinations, is a commendable feat that does not happen in sister professional examinations in Nigeria, such as Medicine, Accounting, to mention a few.
On the Issue of Backlog of Students from the Law Faculties Waiting for Admission into the NLS
This should not be used as a reason for additional campuses of the NLS. The CLE/NLS make bold to state that, every student from accredited Faculties of Law come to the NLS as and when due.

Law as a regulated profession, must be shielded from flagrant abuse of the allotted quota by Faculties of Law, if the dignity and nobility of the profession is to be preserved. Rather, concerted efforts should be made at enforcing the Quota-Per-Faculty of Law, as allocated by the CLE in collaboration with the National Universities Commission (NUC).

Any student denied admission by the NLS today, will be because the Faculty of Law where the student graduated over-admitted. New campuses should not be established to compensate belligerent Faculties of Law in Nigeria; rather, they should be sanctioned.
Having regard to the current state of the economy, the cost implication of establishing the new campuses is not sustainable. The proposed sum of N31.2 billion mentioned by the mover of the Bill, is grossly inadequate.

Available precedents for establishment of campuses of institutions, is always left to the institution; it is not by legislative intervention. Already, the CLE has developed a well articulated draft policy, on the establishment of new campuses of the Nigerian Law School.
What the CLE needs at the moment, is increased funding to enable the current campuses run more effectively.

The increase in the number of Universities offering law courses is also not a good reason for the establishment of more campuses, because Council of Legal Education through a well-structured accreditation of the institutions, regulates the admission of students based on available facilities and carrying capacities.

To maintain the high standard expected of legal practitioners trained in Nigeria, Council of Legal Education has always given priority to quality, rather than the quantity of persons that qualify to be called to the Nigerian Bar.

Council of Legal Education can guarantee Nigerians that, it is well alive to its responsibility as a regulatory institution on legal education in Nigeria. So, there is no ‘imminent disaster’ in our legal industry whatsoever.

Conclusion
Apart from the fact that the economic realities of our country can hardly support the creation of six (6) additional campuses, the Honourable Attorney-General of the Federation and the Council of Legal Education are better placed by the establishing statute, i.e., the Legal Education (Consolidation) Act, Cap L18 LFN 2004, to take necessary steps as they have done in the past, to expand the number of campuses of the NLS.

Needless to say that the responsibility of establishing campuses of the Nigeria Law School and funding same, is the exclusive preserve of the Executive arm of the Federal Government, and not that of the Legislature.
1. Inclusion of the Director-General of the NLS, as an official member of the Body of Benchers.

2. The One (1) Year Mandatory Pupillage Programme
Composition and Proceedings of Bar Council
At the Plenary of Body of Benchers held on Thursday 25th of February, 2021, it was resolved that the Chairman of Council of Legal Education, be included as a member of the Bar Council.

The idea of Pupillage is salutary, but, in view of the above reasons, the time certainly is not now!
Chief Emeka Ngige, SAN, Chairman, Council of Legal Education and Professor Isa Chiroma, SAN, Director-General, Nigerian Law School

NEWER POSTCongratulations Pour In For Past NBA Secretary General, PALU President Emeka Obegolu On His Elevation To Rank Of SAN
OLDER POSTFG’s Imposition Of COVID-19 Vaccination On Workers Constitutional – Lawyer