“The ILAW Network urges the government to abide by the terms of MOU and deliver on the promises it has made to these doctors immediately.” 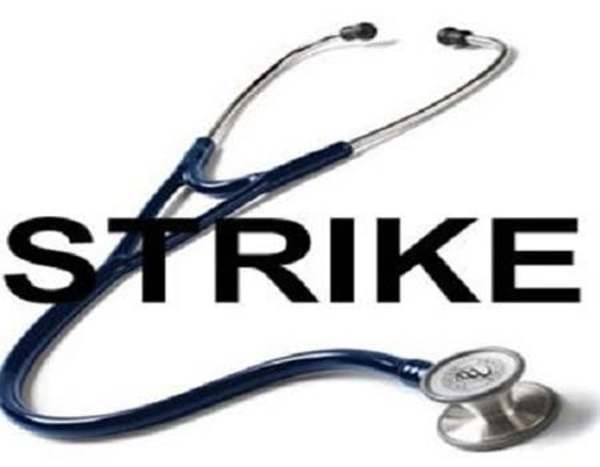 The International Lawyers Assisting Workers Network has called on the Nigerian government to immediately implement the Memorandum of Understanding it signed with the striking Nigerian doctors.

According to the network, the doctors have a right to continue with their strike as long as the government has refused to keep up with its side of the bargain.

It stated that doctors had not violated any domestic law in engaging in strike action and should not be penalised for it, adding that the dispute relates to a breach of contract.

The group stated this in a letter signed by Jeff Vogt, its chairman, and addressed to the Minister of Health, Osagie Ehanire as well as the Minister of Labour and Employment, Chris Ngige.

The National Association of Resident Doctors across the country had been ordered by the National Industrial Court sitting in Abuja to resume work.

Reacting in the statement, ILAW said, “The International Lawyers Assisting Workers (ILAW) Network, which unites over 670 workers’ rights lawyers from over 70 countries, including from Nigeria, expresses deep concern over the violation of the right to freedom of association of NARD members and the failure of the government of Nigeria to implement the Memorandum of Understanding (MOU) it recently negotiated with trade unions in the health sector, including NARD.

“We urge the government to fully implement the MOU without further delay. Beginning in August 2021, thousands of NARD members resumed their strike over long unpaid salaries, hazardous working conditions in hospitals, and insufficient hazard pay.

“Indeed, some doctors have not been paid or paid their full salaries since the COVID-19 pandemic began over a year ago. Further, the failure of the government to adopt appropriate safety measures to protect healthcare workers responding to the COVID-19 pandemic, including the provision of personal protective equipment (PPE), has already led to the death of almost two dozen NARD members.

“NARD members are not alone in resorting to collective action, however, as doctors and nurses in several other countries have also gone on strike, including in Kenya, Zimbabwe, Israel, South Korea, Spain, Peru and the United States.

“As in Nigeria, these healthcare workers protested unsafe working conditions (including the lack of PPE), poor salaries, inadequate government responses to the pandemic and the overall failure to properly resource healthcare systems.

“On 21st August 2021, the government and the Nigeria Medical Association (NMA), as well as three other affiliates of the NMA, including NARD, signed an MOU. This MOU had specific deadlines for implementation, including the payment of salary arrears, payment to the medical residency training fund, and a “no victimisation” clause.

“However, the government failed to meet those deadlines. On September 17, the National Industrial Court granted an interlocutory injunction suspending the strike and ordering all doctors back to work.”

ILAW added that the court cited the potential harm of the strike on public health and left the doctors’ concerns to be addressed at an undefined later date.

It said, “Under Nigerian law, workers have the right to freedom of association and to organise, to bargain collectively and to strike. The Nigerian Trade Unions Act (TUA), apart from the Trade Disputes Act governs strikes, and provides at Section 30(6) that, no person, trade union or employer shall take part in a strike or lock out or engage in any conduct in contemplation or furtherance of a strike or lock out unless: (a) The person, trade union or employer is not engaged in the provision of essential services;

“(b) The strike or lock out concerns a labour dispute that constitutes a dispute or right. (c) The strike or lock out concerns a dispute arising from a collective and fundamental breach of contract of employment or collective agreement on the part of the employee, trade union or employer, (d) The provisions for arbitration in the Trade Disputes Act Cap. 432, Laws of the Federation of Nigeria, 1990 have first been complied with; and (e) In the case of an employee or a trade union, a ballot has been conducted in accordance with the rules and constitution of the trade union at which a simple majority of all registered members voted to go on strike.

“With respect to subsection (6)(a), even when considering that these doctors provide an ‘essential service,’ Nigerian law does not preclude their ability to strike. Under the Trade Disputes Act, workers in an essential service must provide 15 days’ notice before stopping work, which, by the strike history, the NARD members did provide.

“We recall that NARD commenced what it termed an indefinite strike on 1st April 2021 after negotiations broke down. The strike was merely suspended on 10th April after an Addendum to Memorandum of Action (MoA) dated 8th April 2021 was signed on 9th April 2021. The resumption of strike on 2nd August was caused by the non-implementation of the MoA.

“Thus, these doctors did not violate domestic law in engaging in this strike action and should not be penalized for it. It is also clear that the dispute relates to a breach of contract or collective agreement.

“These NARD members are striking because of lack of payment of wages, some for over a year, and failure to provide a safe workplace, all of which are clearly protected objectives for a strike.

“Nigeria has also ratified ILO Conventions 87 and 98, which protect workers’ fundamental rights to freely associate, to organize, to bargain collectively and to strike.

“The ILO has found that even when the right to strike may be restricted or prohibited in certain essential services, there must be adequate compensatory guarantees given to workers to offset the lack of these rights.

“Such guarantees could include the provision of a joint conciliation procedure, and if such a procedure fails, then arbitration. Thus even if Nigerian law did provide a basis to prohibit the strike, it would still have to provide these compensatory guarantees – which it has not.

“Instead, NARD members only have an MOU which has not been respected from the outset. In conclusion, the ILAW Network is deeply concerned by the decision of the court to preliminarily suspend the strike, in apparent violation of Nigeria’s national and international legal obligations, and ordering doctors back to work despite the government’s failure to pay the doctors or ensure their safety.

“Indeed, the easiest way to have ended the strike would have been to compel the government to abide by the terms of the agreement. Section 254(C)(1)(j)(i) of the Constitution of the Federal Republic of Nigeria, 1999, as amended, vests the National Industrial Court with the power to enforce collective agreements, which provision, had been judicially applied.

“The ILAW Network urges the government to abide by the terms of MOU and deliver on the promises it has made to these doctors immediately.”