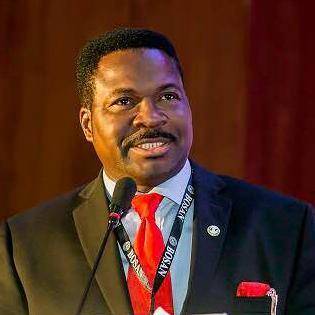 A Senior Advocate of Nigeria (SAN), Mike Ozekhome, has said that only a brand-new people driven constitution could guarantee Nigeria’s progress.

Ozekhome made the remark in a lecture with the theme 2023 General Election: The Nigeria Project and the Media, during the 2022 Media Week of the Nigeria Union of Journalists, (NUJ) Cross River Council in Calabar.

The keynote speaker said Nigeria could not continue to amend its constitution because continuous amendments would only give birth to a bad constitution.

“Whoever becomes Nigeria’s president in 2023 will fail abysmally if he does not tackle the issue of restructuring through a brand-new people’s constitution, done by Nigerians themselves.

“This constitution must be subjected to them through a popular referendum and plebiscite, without this, Nigeria will be going round on a journey without a destination,” he said.

The constitutional lawyer disclosed that the nation needed a constitution that would make ethnic groups see themselves as Nigerians and not belonging to a contraption they could not relate with.

He said Nigeria needed to return to the era when it had regional governments with their own constitutions standing side-by-side with the national constitution which only prevailed on the regions whenever there was a clash in constitutional provisions.

He maintained that in the constitution of the 1960s each region took 50 per cent proceeds of its production, gave 20 per cent to the Federal Government and shared 30 per cent among other regions.

“This system ensured that huge developments like the cocoa house in the Western Region, Obudu Cattle Ranch in the Eastern Region.

“The Northern Nigeria Development Corporation in the Northern region, Okpella cement factory in the Midwest region among others, were established and effectively ran,” he said.

While calling on journalists to educate the masses on the need to get their Permanent Voter Cards (PVCs) and vote for leaders of their choice, he said the 2023 elections would be challenging but would not destroy Nigeria.

He, however, added that according to the late Moshood Abiola, Nigeria needs peace imbued with social justice, equity, good conscience, egalitarianism and not the peace of the cemetery.

On his part, Gov. Ben Ayade, the Chief Host of the event, called on journalists to practise the profession with decorum, intellect and fear of God because their pens could destroy or build any society.

“As we approach 2023, the role of the journalists is to make it clear that this nation is above our ethnic and religious sentiments,” he said.

Ayade added that the unity of Nigeria was not negotiable but it had to be negotiated on a balance table on the basis of equity.