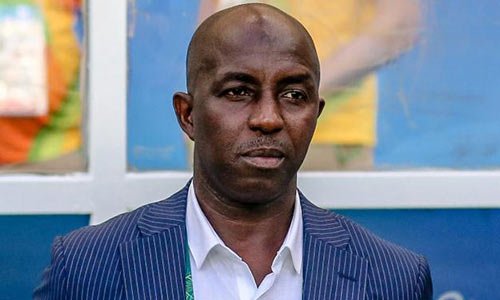 Former Super Eagles handler Samson Siasia quest for justice has been dealt with a severe blow as a New York Court over the weekend thrown out his suit challenging FIFA for lack of jurisdiction.

Siasia, an Atlanta resident, alleged that soccer’s governing body trampled on his constitutional rights by investigating and convicting him in Switzerland, where FIFA is based, instead of reporting the charges to the FBI or other United States enforcers. He asked the court to overturn the conviction, return his 50,000 Swiss Franc fine and reverse his five-year coaching ban.

But Judge Hellerstein said the court lacks authority to consider the claims because both FIFA and Court of Arbitration for Sport, which upheld Siasia’s conviction on appeal, operate under Swiss law.

The judge rejected Siasia’s attempt to establish a jurisdictional link to Manhattan based on the fact that New York is one of 16 North American host cities for the 2026 World Cup.

“I find that defendant is not subject to either general or specific jurisdiction,” Judge Hellerstein wrote. “While the complaint alleges that defendant has ‘significant contact in this district and is currently organising the 2026 FIFA World Cup in this district,’ plaintiff’s injuries neither relate to nor arise out of whatever that ‘contact’ entails.”

Judge Hellerstein added that even if a U.S. court did have jurisdiction over the dispute, that court would be not in New York City but Atlanta, where Siasia resides.

“Plaintiff himself has no connection with New York, and defendant’s contacts or lack thereof were felt by plaintiff in Atlanta, Georgia,” the judge wrote.

Siasia appealed the decision to the Court of Arbitration for Sport, which upheld his conviction and fine this June. But the arbitral court reduced Siasia’s ouster to five years, finding that a lifetime ban was disproportionate to the offense, according to the lawsuit.