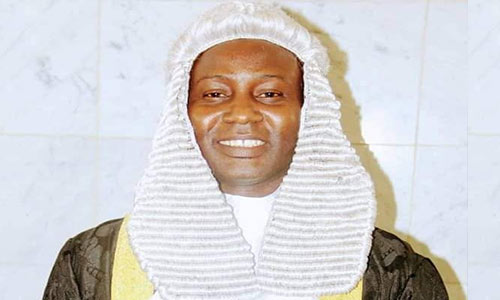 The President of Nigerian Bar Association (NBA), Mr. Yakubu Chonoko Maikyau, OON, SAN commiserates with the family of the late Hon. Justice Mustapha Akanbi, the Ilorin Branch of the NBA, the staff and management of University of Ilorin and Kwara State University, the Good People and Government of Kwara State, friends and associates of Prof. Muhammed Mustapha Akanbi, SAN, who recently passed away at the age of 51.

Prof Akanbi, SAN was Chairman of the Ilorin Branch of the NBA between 2007 and 2009. He also served as a member of the NBA National Executive Council. He was Dean, Faculty of Law, University of Ilorin and until his death, he was Vice-Chancellor of Kwara State University, Malete.

He was an erudite professor of law and a reputable scholar who had more than 60 national and international publications. He was a great teacher who maintained good relationships with his students and followed up on their career progression after school. Family and friends would remember Prof. Akanbi, SAN for his calm mien, humility, selflessness and integrity.

The NBA President prays for the repose of the soul of late  Prof. Akanbi, SAN and beseeches Allah (SWT) to forgive him and grant family and friends the fortitude to bear this huge loss.