Ubani, who spoke on the ‘Morning Show’ on ARISE NEWS Channels, the broadcast arm of THISDAY Newspapers, said: “I think the National Judicial Council (NJC) must be bold enough to take decisions against some of these judges who have erred gravely to face the law. Also, the NBA itself as a body must begin to discipline some of our erring members, especially senior lawyers. 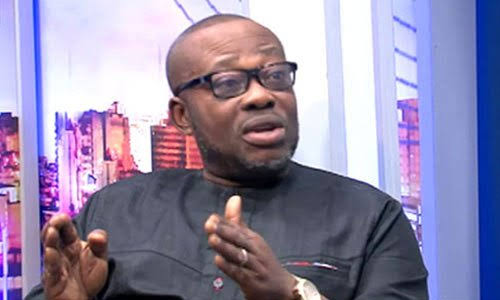 The Public Interest and Development Law Section of the Nigerian Bar Association (NBA-SPIDEL) has called for the complete overhaul of the recruitment process for judges in the country.

Chairman of the Section, Mr. Monday Ubani, who made the call, said the total overhaul of the recruitment process for judges became necessary, following the conflicting judgments on political matters, passed by judges whom he said had no interest in the judiciary system, but found themselves in such position by proxy.

Ubani, who spoke on the ‘Morning Show’ on ARISE NEWS Channels, the broadcast arm of THISDAY Newspapers, said: “I think the National Judicial Council (NJC) must be bold enough to take decisions against some of these judges who have erred gravely to face the law. Also, the NBA itself as a body must begin to discipline some of our erring members, especially senior lawyers.

“Most people who are judges in Nigeria today do not have interest to be judges but they get nominated by the Governors, Emirs, and Obas. We need to review our recruitment process of justices in all the various courts.”

Speaking further, he said, “We are not even engaged in disciplinary action, we are currently looking at the act and conduct of our colleagues. I am a chairman of this section and it is a very important section in the NBA. Akpata is the president of the NBA and he is the number one lawyer in this country. “There is no provision in the law that says for you to be a president or for you to vote any position in Nigeria within the bar, you have to be a Senior Advocate of Nigeria (SAN). The issues of seniority and experience at the bar, should always be considered before the appointment of judges.”

Speaking about the abuse of ex-parte orders by judges, Ubani said there had always been a directive by most of the chief judges of the various courts of jurisdiction that caution and restraint in issuing ex- parte orders should be exercised.

He said issue of fair hearing which is a constitutional issue must always be accorded to everybody.

Citing the recent Port-Harcourt judgment on the leadership of the Peoples Democratic Party (PDP), Ubani said it was curious that a judge could remove a substantive chairman of a political party by ex-parte order, insisting that it was a mere show of madness.

“The proper thing to do is that, if the order was procured wrongly, then it should be appealed and have it set aside or even approach the same court to set aside that order on the ground that it may have been given clearly in error probably because of some wrong information that was given to that judge.

“I don’t see the reason why a judge who knows the jurisdiction, hierarchy and issues of court will keep giving orders that sound strange even in the ears of common men who are not learned.

“It only makes a mockery of the entire system and to end this mockery, we must begin to look into our professionals who in the course of doing their duties, are used by politicians whose intention is to derail the political process,” Ubani said.

He, however, said the NBA, under the leadership of Mr. Olumide Akpata, would ensure that things were done properly within the legal profession.

“The NBA is taking the lead, we have agreed that the legal profession must start by disciplining its members in terms of violations of our norms, ethics, and I think what the NBA President has done by raising the alarm and decrying what has happened so far with some of these ex-parte order, is something that is commendable.

“We have also started by looking at those processes and contradicting rulings that have been given by those various courts in order for us to make appropriate recommendations, with regards to if there are disciplinary measures to be taken against any of our erring members. I think that is the way to go.

“To me, the process has just begun and we want to set examples in this country as a profession that we will not allow some of our members to derail our democratic system. I am totally in agreement with the process and procedure taken by the NBA President so far,” Ubani further said.