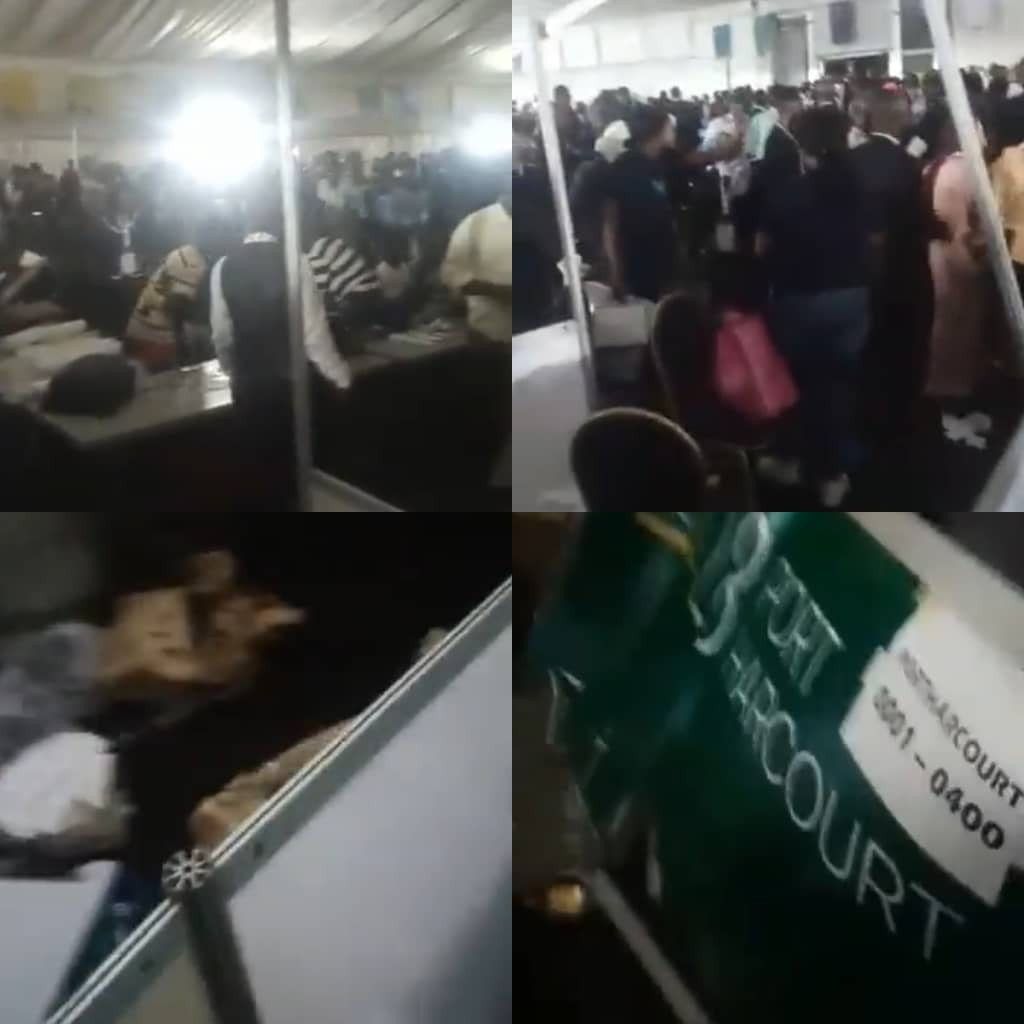 Some Nigerians Lawyers and delegates went on a rampage last night at the Eko Atlantic city, venue of the ongoing Nigeria Bar Association Annual General Conference NBA-AGC 2022, over the distribution of Conference bags and materials.

According to reports, the lawyers had gathered to collect conference bags which had hindered them from collecting other conference materials. The lawyers became impatient over the slow pace at which they were being attended to. Some of them forcefully reached out to get the bags containing the conference materials and this led to chaos that saw the registration booths being destroyed.

It was indeed a show of shame not expected from members of such an honourable association.