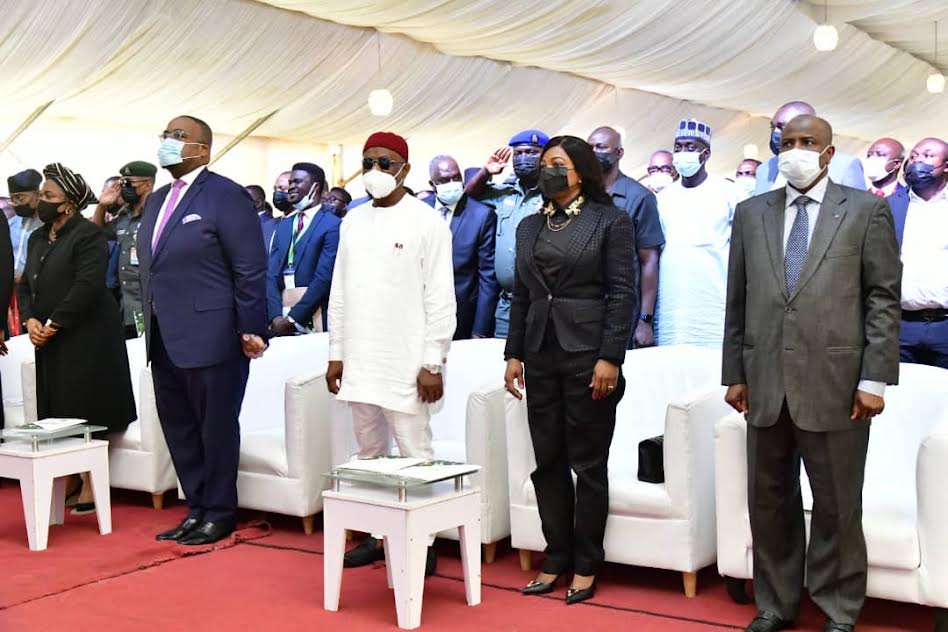 Rivers State Governor Nyesom Wike, and the Chief Justice of Nigeria, Justice Tanko Mohammed, have criticised the Nigerian Bar Association (NBA) for keeping silent on the crisis confronting the nation and assault on the judiciary.

Wike and Mohammed spoke at the opening ceremony of the 2021 annual general conference of the NBA on the theme “Take the Lead”, going in Port Harcourt, Rivers State.

Governor Wike wondered why NBA had remained silent when economic, social and political rights, including the rights to personal security, freedom of speech, association, dissent and peaceful protests, as well as the rights to personal liberty, were being violated with impunity by the present central administration and its security agencies.

‘Profession and as a pluralistic assemblage of learned men, the NBA has greater responsibility to promote and protect the rights of Nigerians at all times and in all circumstances,’ Wike said.

USA companies need customer service reps to work from home, hourly pay in €11.02 per hour, must have a quiet environment to work, internet access.Click here to apply .

‘But, the central question is whether the NBA has been living up to its credo and responsibility? While I would leave us to be the judge, my own personal conclusion is that, for years now, the NBA has focused less on promoting and fighting for the values of good governance, democracy, judicial independence, human rights and the rule of law.

‘These are some of the concerning facts. Never in our political history has Nigeria been so badly governed and denied good governance with the federal government woefully failing in its basic duties to provide for the wellbeing and security of its own citizens, as we have experienced in the last six years.

‘On a daily basis, the economic, social and political rights, including the rights to personal security, freedom of speech, association, dissent and peaceful protests, as well as the right to personal liberty are being violated with impunity by the present central administration and its security apparatus.

‘The invasion of personal liberty has been brazen and indiscriminate, such that even judges of the superior courts, including Supreme Court justices, have in the recent past, been victims of midnight assaults on their premises and subjection to unlawful arrests and imprisonments.

‘Lately, the new devious trend is to tag security risks to innocent Nigerians and opposition elements and use the Immigration authority to seize their international passports without a prior court order.’

In his remarks, the Chief Justice, who was represented by a Justice of the Supreme Court, Justice Mary Peter-Odili, said it was regrettable that some members of the Bar join litigants to assault the institution of the judiciary when their cases were not met.

‘As the Head of the Judiciary, I have tasked all our justices and judges to take up the challenge pushed at us by the times. At various fora, I have encouraged my brother judges and justices to see the administration of justice and one of the fundamental solutions to some of the nation’s crisis,’ he said.

‘The peace of the nation rests on the balance of scale of justice, and our courts must ensure that justice is served at all times irrespective of the pressures from within. This is not to say that there are no challenges plaguing the administration of justice in the country.

‘I must state that all challenges of the judiciary can be internally addressed; some demand the support of the Bar for their actualization. One of them is the poor condition of service for national judicial officers. Members of the Bar the serve in offices, various arms of government must see the urgency of leading a crusade to address the issue as a matter of urgency.

‘Another challenge being faced by the judiciary is the assault by litigants against the institution of the judiciary when their cases are not met. Unfortunately, some members of the Bar also join them in ridiculing our courts in their private discussions and on national dailies.

‘The institution of our courts is sacred and the respect that people have for it is the one that ministers in the temple of justice have made the people realise must be accorded to it. When the judges, who do not have a right of reply are subjected to dispiriting and humiliating comments in the media, it silently kills their morale and dedication to the cause of justice. I, therefore, urge the Bar to rise in defence of the Bench at all times.’

In his goodwill message, Deputy Senate President, Senator Ovie Omo-Agege, said there would be no meaningful development of the laws of the country without collaboration between the Bar and lawmakers at all levels in the country.

Omo-Agege said: ‘The NBA should take the lead in promoting and protecting human rights, the rule of law and good governance in Nigeria, as well as promoting the welfare, security and professional advancement of legal practitioners in Nigeria. I wish, therefore, on behalf of the Senate and, indeed, the National Assembly of the Federal Republic of Nigeria, to thank the NBA for organising this conference.

‘This is indeed the era when legal practitioners ought to be at the forefront of the development of this nation for the benefit of all. The National Assembly has taken the lead in enacting laws to give legal teeth to some provisions of fundamental objectives and directing principles of state policies.

‘In this regard, our attention has been focused on the enthronement of the free and fair electoral process as precusal to good and accountable governance. The National Assembly is also in the process of concluding work on far-reaching proposals to alter the Constitution of Nigeria 1999, to meet the yearnings and aspirations of Nigerians.

‘Some of the constitutional proposals include the reforms of the jurisdiction of the Supreme Court by reducing the subject matters in respect of which appeal lays before that Court as of right and also to enable at least three justices to form a quorum to dispose interlocutory applications in the Chambers among other proposals.

‘There is no gainsaying that there cannot be any meaningful development of the laws of this country without active and collaborative collaboration between the Bar and lawmakers.’

In his keynote address, the Catholic Bishop of Sokoto, Most Reverend Matthew Hassan Kukah, attributed the problem of the Nigerian Constitution to those appointed to review it over time.

‘I don’t know any other country that had rebuilt its constitution over and over again like Nigeria, to a point that the exercise itself nearly generates division among Nigerians,’ Kukah said.

‘It seems to me that the persistence of our unresolved problems is directly tied to the quality of our constitution, its ability or inability to inspire the confidence, the commitment of the ordinary citizens.

‘I have found in the debate of the Nigerian Constitution, a lot of things continue to occur. I have had the privilege of serving under Justice Niki Tobi, in one of the attempts at reviewing the constitution.

‘What I have found, with no intention to disrespect anybody, the problem of the quality of people that were sent and have been sent overtime to review our Constitution.’