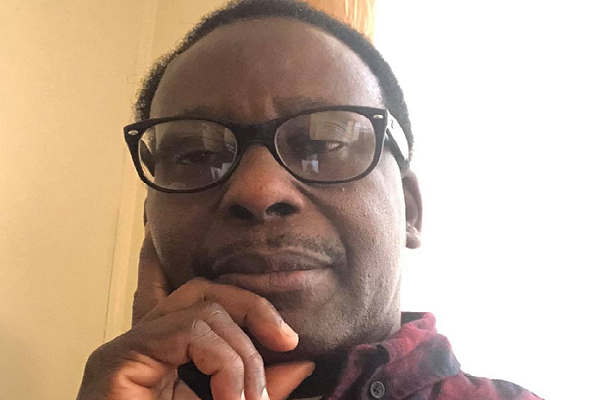 Albert Camus yearned for a country that an honorable man could love and love justice too. Majority of Nigerians are convinced that Nigeria is not such a country courtesy of members of the National Asylum (NASS) run by inmates. There’s a widespread hopelessness among Nigerians about Nigeria. These are times of dramatic conflict between the forces of good and evil, light and darkness.

Separation of powers in a federal system of government is associated with checks and balances. The checks and balances system provides each branch of government individual powers to check the other branches and prevent any one branch from becoming too powerful. For example, the president can veto any bill passed by the NASS, but a two-thirds vote in the NASS can override the veto. The president can appoint Supreme Court judges, but the Senate must approve these choices.

The NASS members have become rubber stamps for The Butcher of Aso Rock, General Muhammadu Buhari by blindly following him. They are complicit in the flawed stewardship of Nigeria. They are putting their rubber-stamp approach to politics ahead of the priorities of the Nigerian people they represent. In a democracy, legislators have the right of dissent and the freedom to disagree with the executive- the president. The other option is a blanket dictatorship given to Buhari.

In the absence of active, vigilant, and concerned  legislators, Buhari has become a maximum ruler never seen in a democracy. The inmates who run the NASS let Buhari gets away with murder. They let Buhari subvert our democracy. They allow Buhari to uproot the rule of law and muzzle the judiciary. With their complicity, Buhari is the newest African Emperor in the 21st Century!

They encourage and empower Buhari to flout court rulings. Because the legislators have sold their oversight functions for a pittance, Buhari does what he likes. He terrorized a section of the country – the southerners.  The Fulani terrorists are untouchable. The SSS has become his personal secret service police. The legislators failed to hold SSS accountable or call the agency to order. They over look the killings, rape, robbery, carried out by Buhari and his Fulani terrorists. They gave Buhari power to kill, arrest, persecute, and prosecute Yorubas, Igbos, and other non-Fulani ethnic groups.

While Buhari was busy stacking all federal offices, agencies, corporations, judiciary, armed forces with Fulanis, the legislators turned blind eyes to the Federal Character clause in the Constitution. Their preoccupation is fighting over “juicy positions” and looting. They failed to invoke the constitution to check nepotism, terrorism, and other barbaric excesses of a possessed tyrant. They are not bothered about  equity, fairness, and justice for all Nigerians. They let Buhari and his Fulani jihadists hold the rest rest of the country hostage. Instead of abrogating the fascist document – the Abdulsalami Abubakar 1999 Constitution and substituting it with a new one, they keep on amending the useless document. They behave as if all is well with the country. The immediate problem that consumes  their attention is 2023.

No sane Nigerian expects anything better from the loosely controlled criminals and ex-convicts. They have been neutered by greed, fraud, and corruption. Their political pendulums oscillate between romantic illusions bothering on blindness and cruelty. Their ineptitude, greed, and cowardice suggest they are intellectually and morally sterile.

All who are not lunatics are agreed about certain things: that it is better to be alive than dead. Better to be adequately fed than starved. Better to be free than a slave. Only inmates at National Asylum think otherwise. The law makers are greedily content that Nigerians should suffer. The competition of crass buffoonery in the NASS of money changers depicts a theater-cruelty style that is unmatched in our history of representative democracy.

It is unduly fastidious and punitively grinding to attempt to abbreviate the extent of the lunacy of the legislators and how far they will go to please, praise, and shield Buhari from facing the wrath of the people. The only thing the brazen-faced law makers are known for is: they specialized in coordinating looting spree.

With these inmates in charge of NASS, Nigeria is doomed. Nigeria is beyond repairs, restructure, and can never be redeemed. The only way out of the morass of lies, corruption, inaction, and slavish obedience to a terrorist president is break up.